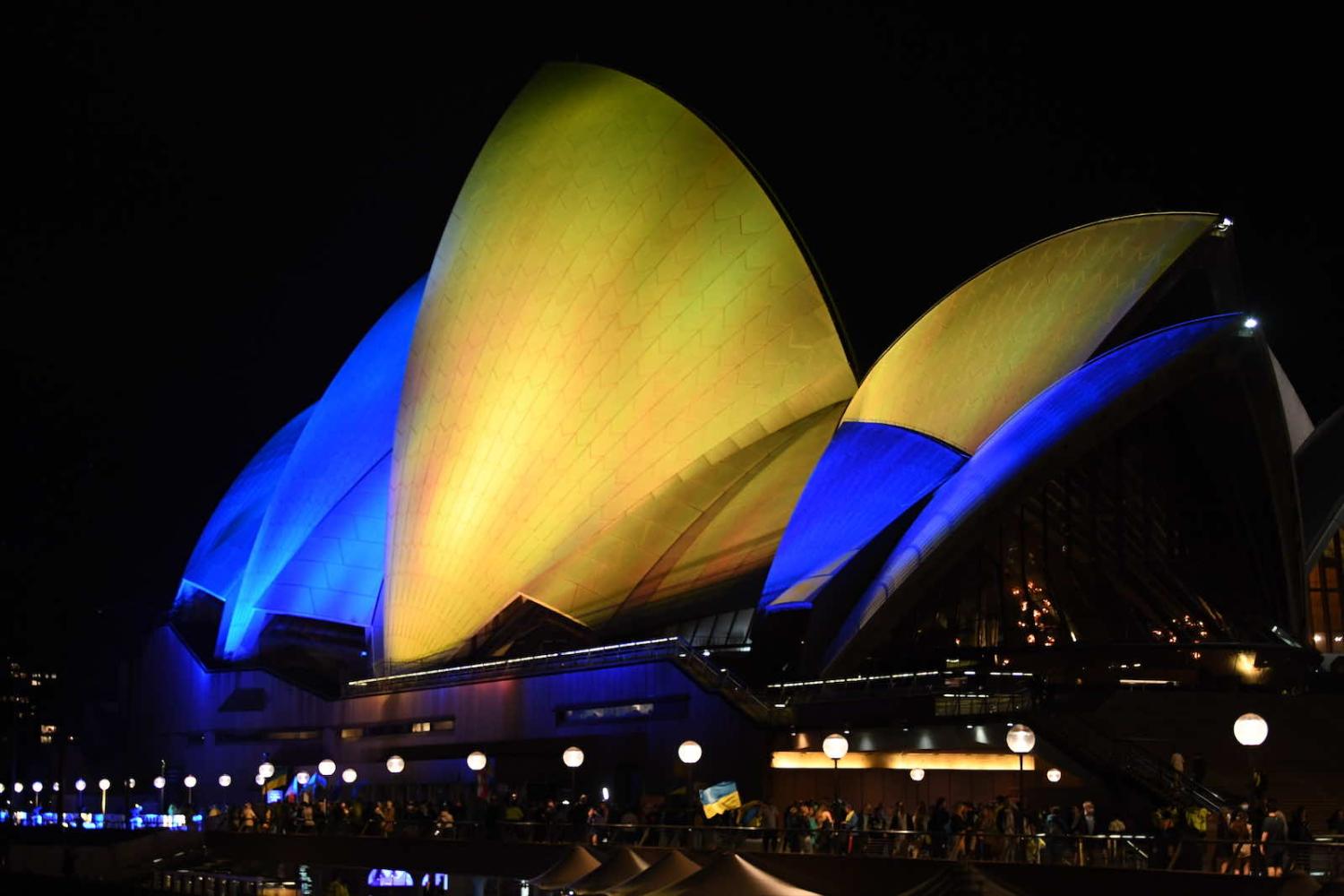 Vladimir Putin’s ruthless bid to erase Ukraine’s nationhood and redraw the map in Europe is a direct attack on the foundations of the post-war rules-based order, from which Australia has benefitted more than most. A Russian fait accompli in Ukraine would also boost the idea that might makes right in international affairs.

For Australia, there are many threats in this crisis but also, perhaps, some opportunities.

Worrying about a temporary loss of American focus on the Indo-Pacific is morally and strategically wrong-headed. It’s also pointless: the United States will always have global interests. The task for America’s partners is to step up and help as much as they can, with Ukraine and in the Indo-Pacific. Australia has enormous interests in ensuring that this is a make rather than break moment for the Biden administration.

More concerning is the “no limits” partnership announced by Putin and Xi Jinping at the Beijing Winter Olympics, which opposed NATO expansion and the US Indo-Pacific strategy alike. The Sino-Russian joint statement made no mention of Ukraine and Beijing has been obfuscating since the invasion. Still, the net result of the conflict might well be an even tighter and more dangerous Sino-Russian partnership aimed at weakening American power and neutering Western alliances.

None of this will necessarily accelerate a Chinese invasion of Taiwan. China still wants to win without fighting, even as it piles more military pressure on Taipei. And Beijing also knows that Taiwan is strategically important to the United States and its allies in a way that Ukraine is not. Still, Beijing and Taipei will both be learning what they can from the Ukraine conflict, and China might choose to test the United States in some way at this point of vulnerability.

While the post-Cold War era might be over, Putin has given the defence of liberal values greater meaning and urgency than ever.

The Quad is for the moment rocking uneasily in these turbulent waters. India’s weak response to Russia’s invasion is a setback but not surprising given its history. The US Congress is not impressed, and sanctions against India’s purchase of Russia’s S-400 missile defence system may yet loom.

Still, for all the disappointment, the strategic currents pushing Quad members together are stronger than those that might divide them. It is worth remembering that the Quad is not a defence pact but aspires to be, in the words of Indian Prime Minister Narendra Modi, “a force for global good”.  The Quad’s agenda on vaccines, infrastructure and clean energy reflects this aspiration. In short, the Quad will keep moving ahead.

More positively, the West’s response to the invasion has exceeded expectations and broken taboos. The European Union and the United Kingdom have worked in lock step with the United States to impose unprecedented sanctions as well as export controls on Russia and provide lethal defence equipment to Ukraine’s beleaguered military. The latter alone is an extraordinary step.  In Germany, the changes are nothing short of revolutionary: a nation that has steadfastly refused to invest seriously in its defence capability has now pledged to raise spending to 2 per cent of GDP. The Nord Stream 2 pipeline has been shuttered and attention is turning to weaning the country off Russian energy.

Russia’s invasion is a reminder of the centrality of hard power in international relations. But Putin’s calculus was also shaped by geoeconomics. He assumed that the foreign exchange in his war chest was safe, and that Europe’s reaction would be muted by its dependence on Russian oil and gas. He was wrong.

The Ukraine crisis is a lesson in the importance of acting sooner rather than later.

The bitter irony is that Western deterrence of Putin would have been much stronger if Europe had acted earlier to reduce economic dependence on Russia and the West had sooner, and more clearly, articulated its willingness to impose sweeping sanctions, including on Russia’s Central Bank.

Constraining – or at least raising the cost of – Beijing’s assertive revisionism and use of economic and military coercion also requires a common economic approach, along with stronger military deterrence.

The Ukraine crisis is a lesson in the importance of acting sooner rather than later. It should spur related work already underway in the Quad and G7, and produce a framework for cooperation that spans both the Atlantic and America’s close partners in the Indo-Pacific. Learning from Europe’s dependence on Russian energy, this could take the form of more collective or coordinated action to reduce dependencies on China and control technology exports where these have strategic implications. It could also extend to agreeing – in advance – what collective economic measures Western states would take in response to a Chinese invasion of Taiwan. If it were to become necessary, this could be communicated to Beijing quietly but credibly.

There are of course risks. China is already pursuing its own partial de-coupling from the West. Still, more economic pushback against China will play into its narrative of grievance. Deft diplomacy would be required to reassure Indo-Pacific countries, especially in Southeast Asia, already anxious about the risk of conflict.

Global events will keep throwing up these difficult trade-offs. In all the uncertainty following the invasion of Ukraine, some things are clear. The global contest of values and interests, of sharply divergent visions of global order, that has so shaped Australian foreign policy in recent years is now dramatically intensified. The borders between the democratic and authoritarian worlds have further hardened, the space for cooperation across them further narrowed.

And while the post-Cold War era might be over, Putin has given the defence of liberal values greater meaning and urgency than ever. The bifurcation of Australian foreign policy evident in recent years will therefore become more pronounced. On the one side, deep engagement with Asia. On the other, Australia acts now as the southern anchor of a global coalition of democratic countries standing in defence of liberal values. There will at times be a tension between the two, but this is inevitable and necessary; managing it is the task of a generation or more.

A history of violence against troops and civilians is finally being recognised, and justice is creeping in.
Natasha Jha Bhaskar 4 Apr 2019 10:30

Attracting foreign direct investment to transform India’s sluggish economy has been one of the BJP’s big achievements.
Peter Layton 20 Sep 2021 06:00