Australia’s aid ambition should rise with its geo-political status

Canberra should embrace expectations to play a prominent role in helping solve the big global challenges. 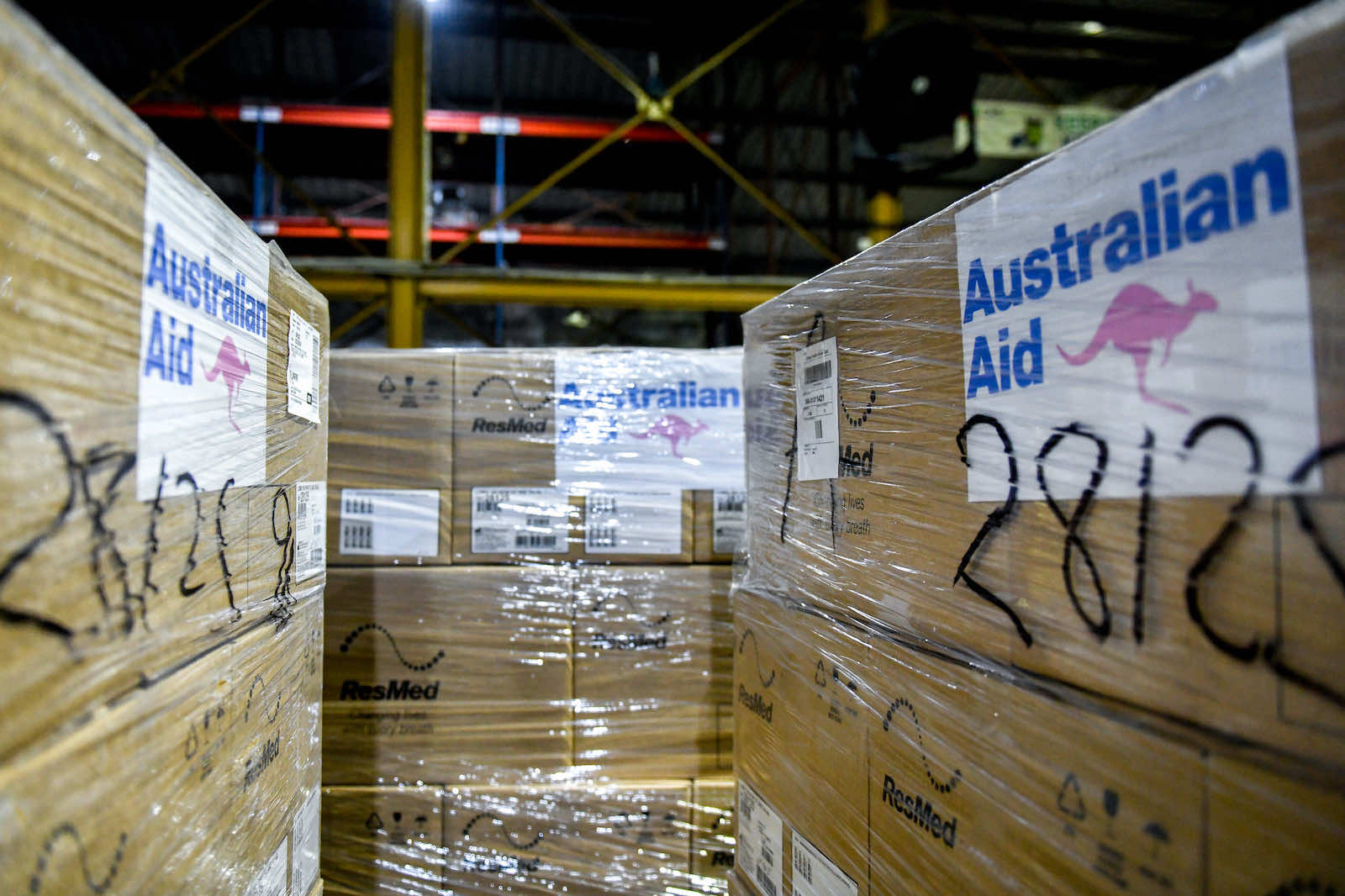 There is a strategic mismatch between Australia’s increasing profile on the global stage and its stagnant aid program.

Australia’s position in global politics has never been more prominent. The AUKUS partnership – a landmark security arrangement between Australia, the United Kingdom and United States to share top-secret submarine technology – is the most recent and obvious demonstration of Australia’s emerging role on the world stage. But it isn’t an anomaly. Australia increasingly finds itself sitting at the table with great powers, whether it’s at the Quadrilateral Security Dialogue (or Quad) alongside the United States, India, and Japan, or being invited to the G7 Summit despite sitting outside the top world economies.

Australia’s involvement in exclusive forums like this is often described as “punching above its weight” as if Canberra ambitiously inserts itself into discussions and spheres of influence where it doesn’t naturally belong. The truth is Australians often downplay the nation’s weight class. Australia’s involvement in AUKUS, and in the Quad for that matter, is not simply a result of its diplomatic muscle (as strong as it is) – rather, it is a recognition of Australia’s emerging role as a “pivotal power” (rather than a middle power) in the Indo-Pacific order.

Australia’s climb up the geopolitical ladder is already being accompanied by a rise in defence spending and ambition, but it is a different story when it comes to international development.

If Australia is indeed emerging as a pivotal power, then this could (and should) have implications for how Australia shows up on the international stage, including as a development and humanitarian actor. If Australia’s status is rising, then so too are expectations of Canberra’s role in helping solve the big global challenges of the day – issues such as vaccine inequity, climate change, global poverty, and conflict and displacement.

Australia’s climb up the geopolitical ladder is already being accompanied by a rise in defence spending and ambition, but it is a different story when it comes to international development. Australia’s middle power mindset is deeply embedded in its foreign policy and aid program, and the way those frameworks are operationalised – slowly, incrementally, cautiously. Australia’s aid program has a narrow geographic focus, a stagnant budget, a reliance on outsourced contract management and, arguably, a focus on outputs rather than outcomes.

The aid program, to its credit, has made some significant in-roads over recent years: record investment in the Pacific region; a momentous pivot to Covid-19 response and recovery; and a signature contribution to women’s empowerment and gender equality, to name a few. But the reality is that more can be achieved with a more ambitious aid agenda. The government is quick to downplay any aid increases as “temporary and targeted” to maintain a fixed $4 billion aid program. While this might reflect an appetite to rein in spending or focus on domestic issues, it doesn’t reflect an external reality where humanitarian needs are increasing, and where expectations of Australia are rising.

Australia’s aid strategy and ambition need to be recalibrated to reflect, firstly, Australia’s new-found geopolitical status and, secondly, the resurgence of poverty in a Covid-19 world. Partnerships for Recovery – Australia’s interim development policy in response to the pandemic – is due to expire in the first half of 2022. This provides a timely opportunity to create a new international development policy commensurate with the scale of need and Australia’s role as a pivotal power in the Indo-Pacific region.

Imagine what a well-resourced, targeted aid program could look like, centred around a core set of aid ambitions or goals. This could include, for example, increasing the incomes of more than 10 million poor and marginalised households across the Indo-Pacific by 2025, regreening 100 million hectares of degraded land by 2030 to build community resilience and sequester carbon, or halving the rates of violence against women and children in the Pacific by 2030. Aligning around ambitious development goals like this could differentiate Australia as a pivotal donor while addressing rising needs.

It is clear that Australia is becoming more than a middle power in international relations. It’s time that its aid and development settings be updated to reflect this emerging reality. This is consistent with recent calls for a formal review and update of the Foreign Policy White Paper or a UK-style integrated review of Australia’s defence, development and diplomacy. It is also consistent with visions for a “larger Australia” – a big, confident country with a foreign policy that is both ambitious and coherent. The bottom line is that a renewed focus on Australia’s aid is needed in a post-Covid world that Prime Minister Scott Morrison himself has described as poorer, more dangerous and more disorderly. Greater aid ambition is also necessary in a world in which Australia is expected to play a more pivotal role.