The White House National Security Adviser stressed the chance for cooperation even in a challenging global era. 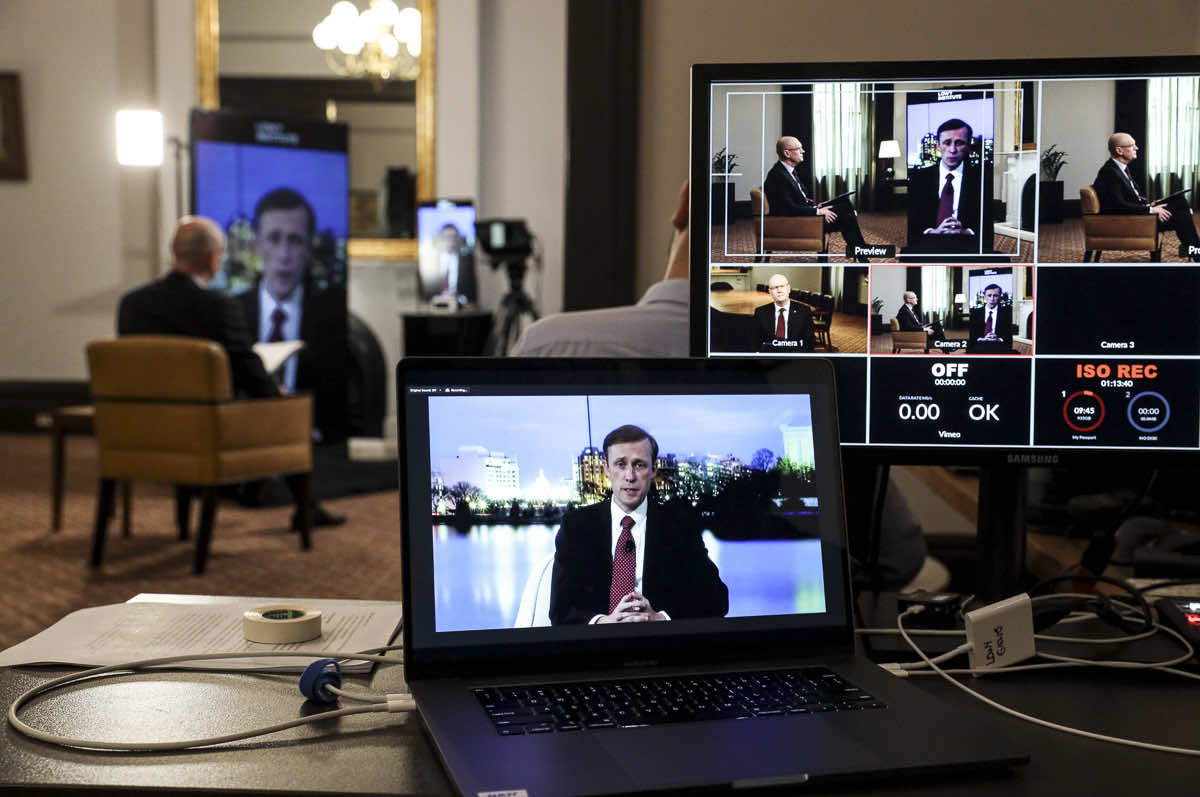 The message was unmistakably inclusive. On almost every global challenge – be it economics, security and even relations with China – US National Security Adviser Jake Sullivan stressed the chance for cooperation on issues “that no one country can solve on its own”.

Delivering the annual Lowy Lecture on Thursday, Sullivan set out a series of priorities centred on fostering common international action.

He praised the Covid-19 vaccine drive by the “Quad” nations, involving Australia, the United States, India and Japan, as a concrete example of “pooled efforts”.

In contrast with the “America first” policy of the Trump years, Sullivan said among the key priorities for the Biden administration was to “rejoin and then help reshape” critical multilateral institutions such as the World Health Organisation and World Trade Organisation.

He dodged questions on French anger over Australia’s decision to cancel a $90 billion submarine deal in favour of the new AUKUS pact to share sensitive nuclear submarine technology with Australia, only to emphasise the deal offered a “big bet … [on] our collective, combined capacity to produce greater stability.”

Sullivan pointed to the opportunities for Washington and Beijing to work together “where it’s in the common interests of our countries and in the interests of the world to do so”.

Throughout his remarks, Sullivan returned to the theme of cooperation.

He said the first weeks of the Biden administration after taking office in January had been a time of “relentless firefighting”, tackling the effects of the rampant pandemic to a breakdown in global supply chains.

On China, Sullivan said the United States was expecting stiff competition and a hard challenge, “but there’s no reason that that competition has to turn into conflict or confrontation”. He pointed to the opportunities for Washington and Beijing to work together “where it’s in the common interests of our countries and in the interests of the world to do so”, highlighting examples including climate change, nuclear proliferation or macroeconomic stability.

Earlier China’s President Xi Jinping had warned during an address on the sidelines of the APEC summit that “attempts to draw ideological lines or form small circles on geopolitical grounds are bound to fail”.

Sullivan emphasised the United States wanted to “build a latticework of alliances and partnerships globally” but contrasted the contemporary international system as “profoundly different” to the more formal diplomatic architecture of years gone by.

“It’s less satisfying, you don’t just build it and it sits there, kind of unmoved for decades or centuries,” Sullivan said. “It’s constantly shifting, and it’s a mix of different structures and substances. And in a way, it will have less of a permanence to it because of the world that we live in now.”

Defending the Biden administration’s decision to withdraw from Afghanistan, Sullivan said the aim was to turn away from an over-emphasis on military engagement and an under-emphasis on diplomacy. He said this allowed the United States to focus more on Asia and the Pacific, although not at the expense of traditional ties, including with Europe.

Sullivan also flagged the release of a vision for America’s economic engagement in Southeast Asia and the region more broadly – an issue analysts have warned the new administration had overlooked after Donald Trump abandoned the Trans-Pacific Partnership negotiations in 2017.

“But we’re not going to do that, kind of baking it by ourselves in, you know, our little policy kitchen. We’re going to have intense consultations,” Sullivan said.

US Trade Representative Katherine Tai and Commerce Secretary Gina Raimondo would visit the region in the coming weeks for talks on the range of economic issues not traditionally part of trade agreements, he said.

His final message, “we are back”, in what has become a familiar refrain from American officials after the Trump years, was to again stress cooperation.

“The kind of collective action and collective purpose that we are all working together so hard to galvanise.”