Jakarta’s response is likely to be complex and will require deft management by Australian policymakers. 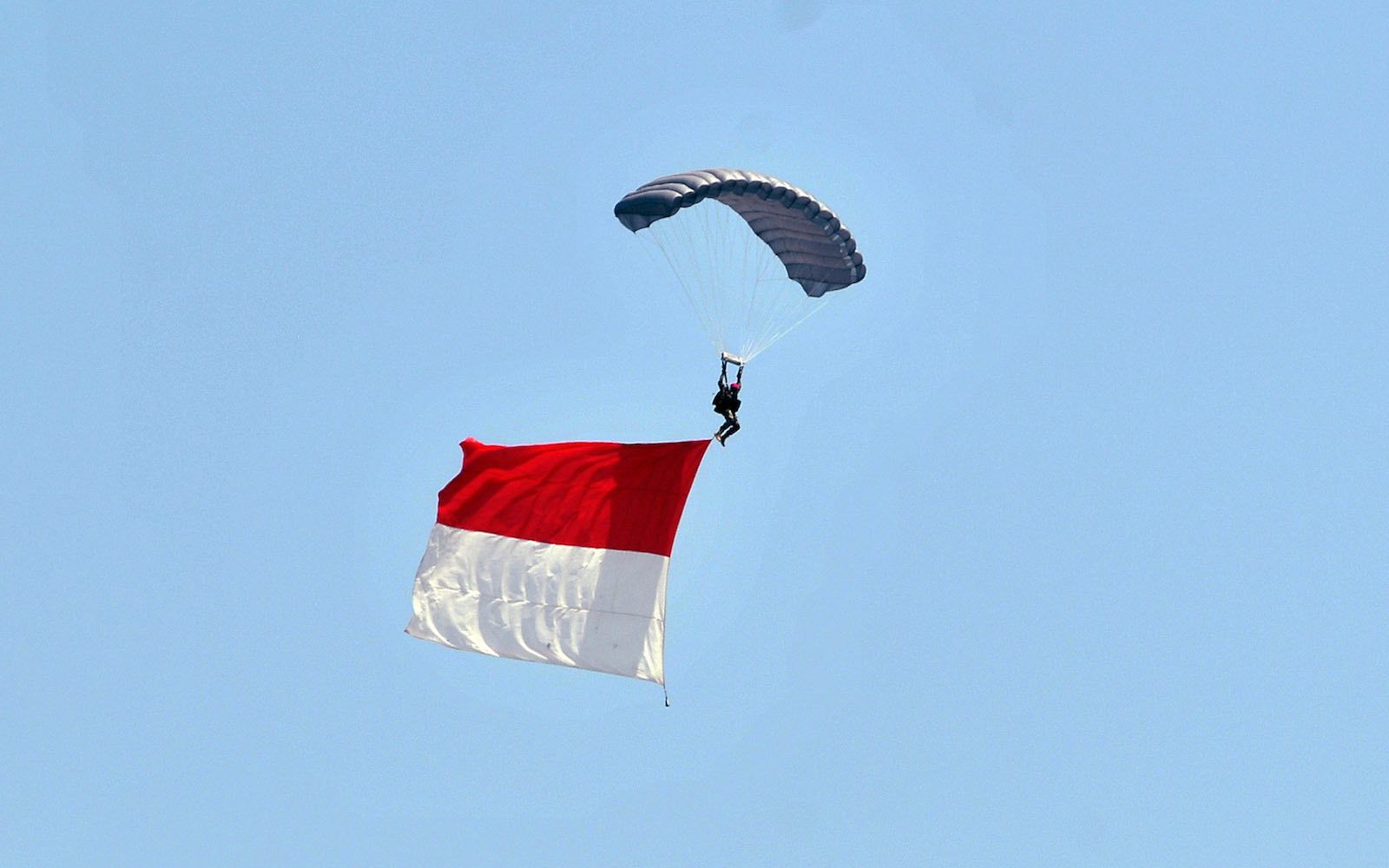 One might assume that Australia’s announcement of a significant increase in defence funding and move to a more assertive defence posture would be welcomed by Jakarta. After all, as the old proverb goes, “the enemy of my enemy is my friend”, and Indonesia certainly has its own challenges with China, seen starkly in Beijing’s increasing encroachment into Indonesia’s Exclusive Economic Zone.

But in reality, Jakarta’s response to the 2020 Defence Strategic Update and Force Structure Plan is likely to be more complex and will require deft management by Australian policymakers.

Given that a perceived lack of consultation by Australian Governments on policy announcements of vital national concern to Indonesia has been the catalyst for repeated bilateral tensions in the past, one would expect that Canberra’s key defence and foreign policy interlocutors in Jakarta were briefed well ahead of such a significant policy announcement. Assuming there were no surprises in Canberra’s policy announcement, the shift in Australia’s defence policy heralds opportunities for Indonesia.

The update’s underlying strategic imperatives would be well understood by Indonesia’s strategic policymakers, who appreciate the impact of emerging technologies, and the implications of Beijing’s growing strategic reach into the South China Sea and Indian Ocean. Such factors explain the expanded definition of the “immediate region” in the update to an “area ranging from the north-eastern Indian Ocean, through maritime and mainland South East Asia to Papua New Guinea and the South West Pacific” as Australia’s area of “most direct strategic interest”.

Canberra and Washington will need to balance Indonesia’s procurement priorities with US political tensions with Moscow. Russia remains a very important defence partner for Indonesia.

Similarly, the update and the Force Structure Plan’s recognition of “grey zone” tactics, including “coercive paramilitary tactics in the South China Sea”, is a pressure felt more directly by Indonesia than Australia, due to maritime territorial violations by China Coast Guard–led fishing fleets around Indonesia’s Natuna island chain.

The Indonesian defence apparatus would also understand that the three new strategic objectives identified in the update as the basis of defence planning – shape Australia’s strategic environment, deter actions against Australia’s interests, and respond with credible military force – are all partly contingent upon Indonesia's cooperation.

A high-intensity conflict in the Indo-Pacific is a scenario which the update predicts as “still unlikely” but “now less remote”. But it would not necessarily take a high-intensity conflict to make Indonesia’s cooperation essential in enabling the Australian Defence Force to operate in and manoeuvre through Indonesian air and maritime space. This is in addition to the critical need to share information and intelligence on evolving threats and warn of the deployment of ADF personnel, weapons and military hardware.

In this sense, the Defence Strategic Update and Force Structure Plan hold promise for the Indonesian Armed Forces (TNI) in particular, although this would never be expressed publicly. TNI, now constrained in its own military modernisation program by the economic damage caused by Covid-19, may look with envy at Australia’s investment. Australia’s annual defence funding in the 2020–21 period is $42.2 billion, according to the update. In contrast, Indonesia’s 2020 defence budget was US$9.26 billion (around A$13.37 billion), and it was recently cut by US$533 million due to the pandemic.

For TNI, Australia’s Defence Cooperation Program has long been seen as a vital source of skills development and an overseas education opportunity. However, the update’s focus on “strengthened international engagement” will likely see enhanced joint exercises, technology transfer, capacity building, information exchange and intelligence sharing. It is still unclear what the update’s reference to improved wide-area surveillance of Australia’s eastern approaches provided by the Jindalee over-the-horizon radar network (JORN) might mean for Indonesia’s own maritime domain awareness – an awareness in critical need of improvement in order to deter territorial violations by Chinese and other vessels.

Similarly, the update’s commitment to continue “working alongside” the US to develop defence cooperation in the region carries opportunities for TNI and Indonesia’s maritime security agencies. Greater coordination not only between Australia and the US but also Japan, India and Korea will undoubtedly bring benefits in access to military and paramilitary equipment, intelligence sharing, maritime domain awareness, training and enhanced interoperability. Moreover, an increased Australian and American presence in the region would support the ability of TNI and the Coast Guard (Bakamla) to protect Indonesia’s maritime zone, potentially compensating for Jakarta's own constrained budgetary environment.

At a more practical level, Canberra and Washington will need to balance Indonesia’s procurement priorities with US political tensions with Moscow. Russia remains a very important defence partner for Indonesia. Jakarta’s planned procurement of 11 more Russian-made Sukhoi Su-35 Flanker E multirole fighters, which would enhance its deterrent capabilities against China, remains hampered by US sanctions on Russian defence exports. Deconflicting US political tensions with Russia and its strategic aims in the Indo-Pacific will require close consultation and necessary policy exemptions.

While TNI can be seen as a potential beneficiary of Australia’s more assertive defence posture, diplomats in Indonesia’s foreign ministry (Kemlu) will likely feel unease about its implications for escalating strategic rivalries and its potential to further bypass ASEAN as the principal arbiter of the regional order. Indonesia views ASEAN centrality as key to moderating tensions not just between major powers, but increasingly between China and ASEAN claimant states themselves over Beijing’s illegitimate maritime claims. However, ASEAN’s ability to mediate regional tensions, traditionally predicated upon Indonesia’s strong leadership within the regional grouping, has been less evident in recent years. ASEAN’s relative ineffectiveness has also been exacerbated by the absence of a coherent strategic policy on China within the Indonesian government itself.

There are also those within Indonesia’s political apparatus who, although they do not welcome China’s intrusion in Natuna waters or its expanding claims to historic maritime rights and entitlements, are uneasy with aspects of Australia’s more assertive defence posture evident in the procurement of long-range missiles, submarines, frigates, smart sea mines and investment in hypersonics, space capabilities and autonomous systems.

The mooted closer coordination with the US on regional security engagement, meanwhile, risks evoking nationalist sentiment and old resentments about Australia as a US proxy. As jockeying ahead of Indonesia’s 2024 presidential election gathers pace, Australia’s strategic objectives may be either hampered or boosted by politicisation of regional security issues. The propensity to conflate Indonesian Chinese with mainland Chinese and the actions of Beijing is highly susceptible to manipulation by political elites, as evidenced by Indonesia’s recent election contests.

As the strategic environment of the Indo-Pacific deteriorates, Australia’s relationship with Indonesia will assume even greater importance. Canberra must be ready to accept, however, that despite growing strategic convergence, its views will not always align with those in Jakarta, and there are relationship risks ahead that require policy consideration now. As a result, new and innovative modalities of cooperation with Indonesia and other regional states will need to be formulated and adequately resourced if Defence is to achieve its new strategic objectives in the Indo-Pacific.