“Sea control” is not about dominating waters but only to the extent necessary to ensure the movement needed. 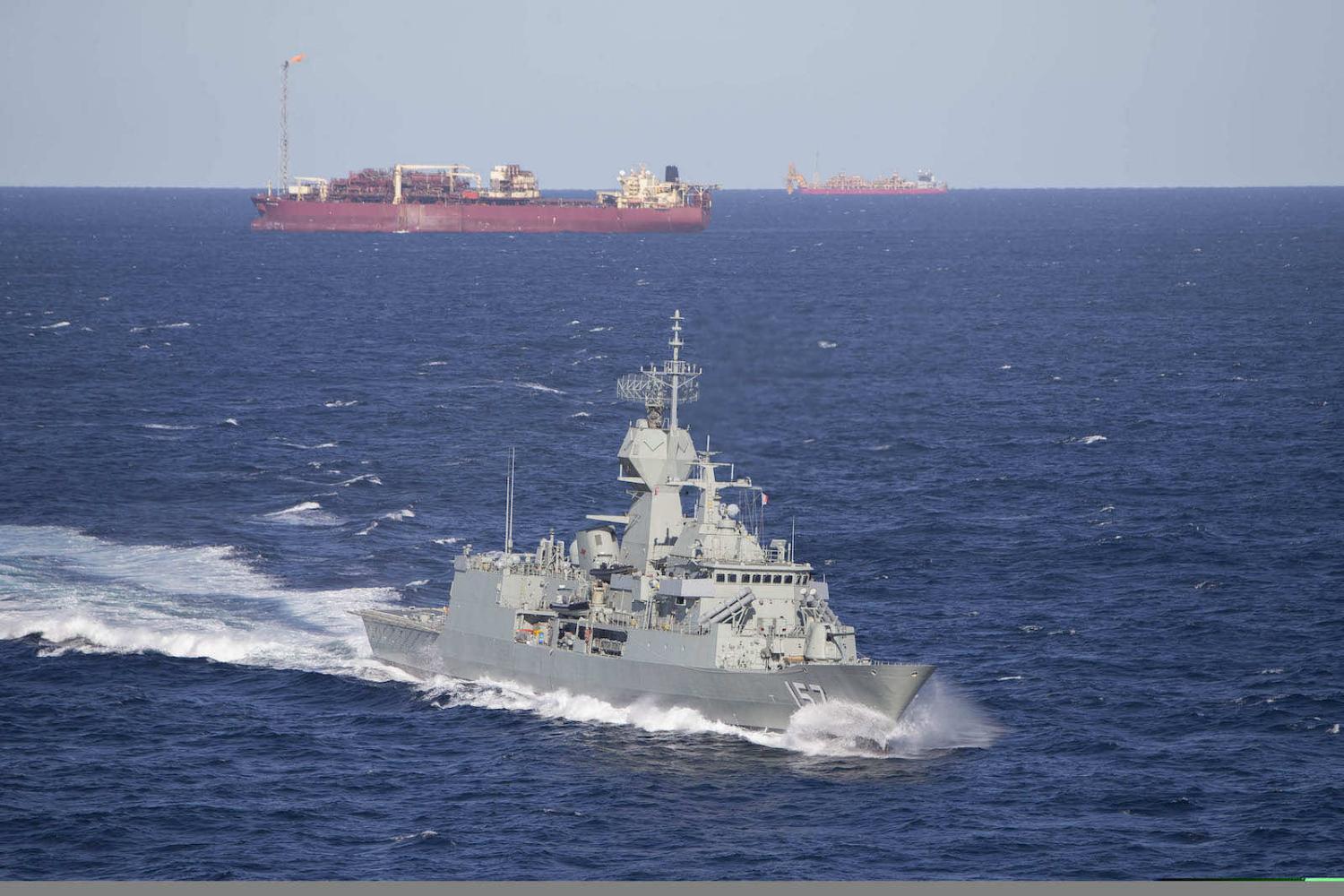 Tom Shugart’s Lowy Institute analysis of the rising maritime capabilities of China’s armed forces presents a bleak prospect for the imbalance between China’s growing offensive capabilities and Australia’s long-term ability to deter China from employing them against Australian territory and Australian shipping. In addition, Shugart assesses that China’s new dependence on seaborne energy imports and other trade has been a key factor behind development of many of the People’s Liberation Army-Navy capabilities. In Hugh White’s commentary responding to Shugart, he discounts this as a primary driver for China’s naval expansion, assessing that even China cannot realistically defend its sea lines of communication, given the difficulties of protecting shipping against evolving threats.

White then goes on to state that, if even the great powers cannot protect their seaborne trade, Australia should defend its territory but not try to defend its external trade – since, given the problems of achieving sea control, White “cannot see how it could be done”.

The reality is that Australia cannot defend its territory, even in the short term, without access to external resources, most notably oil.

White’s analysis, however, contains internal contradictions that undermine his central case. The reality is that Australia cannot defend its territory, even in the short term, without access to external resources, most notably oil. In particular, Australia must import aviation fuel, which is currently not refined in country and must come by sea. If each F-35 strike fighter with its long-range precision weapons cannot be filled with the several tons of aviation fuel it needs for a single sortie, there will be no defence from its northern air bases against an advancing enemy in Australia’s so-called “sea air gap”.

Arguing against the practicability of the defence of seaborne trade too often rests upon false assumptions and imperfect understanding of just what is at stake. Generalities are allowed to substitute for detailed analysis. Much of the associated jargon is itself misleading, particularly for people who apply land-based preconceptions to the problem. “Sea lines of communication” is a cute expression and may be useful short-hand for describing the movement of material by sea, but there are no lines out there. What we are talking about are ships, which, unlike trucks or trains, do not require fixed roads or railways. Ships go by the shortest distance through water in which they can safely float. They can, if need be, also go by much longer routes.

As seems to be the case with White’s argument, the word “trade” is itself also potentially misleading because it suggests such activities are in the end are only about making money and thus, particularly in major conflict, to some degree optional. When the question of maintaining imports is raised, it is essential not to confuse trade – such as the import of consumer goods – with the supply of vital materials. There is an obvious relationship between the two, but they are not the same thing.

What is clear is that the requirement to bring materials by sea must be reduced to the minimum possible during a major conflict. Some, but only some of the difficulties of shipping (not trade) protection which White outlines are real, such as the increased capacity of long range sensors to detect and target surface ships at long distances, as well as the potential of long range weapons to strike from afar. Thus, anything that can be done, should be done to reduce the number of hulls which need to be protected as they come and go.

Australia’s government should work out just how much is necessary to keep the country running indefinitely to meet basic requirements.

To achieve this, there should be a much more sophisticated understanding of just what strategic materials, including oil reserves, Australia should maintain onshore, as well as what domestic processing and manufacturing industries need to be sustained, even if they cannot be economically competitive on the world market. Australia’s government should work out just how much is necessary to keep the country running indefinitely to meet basic requirements, including national agriculture and the associated food distribution system, both of which depend directly upon diesel fuel.

Australian authorities also need to understand what must be brought in by ship, rather than defaulting to generalities about the country’s “vast” range of imports. It is true there are other commodities than fuel that must be considered. Australia, which has nitrogen-poor soil, imports a high proportion of the millions of tonnes of fertiliser required every year. While much of its normal agricultural production is for export, in an existential conflict it will be essential that Australia either produces or maintains sufficient reserve stocks to feed its own people indefinitely. All this needs to be incorporated in any plans Australia develops for national mobilisation – a subject recently receiving much greater attention in Canberra. None of it can be written off as too hard to do.

Covering the movement of vital materials by sea is not simply a matter of warships protecting other ships. To assign the task of securing transport by sea to the Australian Navy’s surface fleet alone is simplistic to say the least, as is the suggestion that surface combatants will themselves be a “continuous” presence in such protection. In addition to platforms such as maritime patrol aircraft, there are other mechanisms for achieving the necessary effects, which may involve a complex combination of space, land-based, airborne, and seaborne systems along with evasive and deceptive measures.

For “sea control” is not about dominating areas of sea for its own sake but being able to use it to the extent necessary to achieve the movement needed – and only to that extent. Which may get down to the passage of a single ship. In such circumstances, a would-be “sea denier” might find their task of targeting more akin to the search for the proverbial needle than some would like to admit.

Although “I would say this, wouldn’t I?”, I suggest that the proceedings of the Australian Naval Institute’s Goldrick Seminar of 2019 deserve careful study by anyone thinking about the problem of essential seaborne supply for Australia.

Previous Article
Australia’s potential as a “green” hydrogen superpower
Next Article
Rich, hot and popular: the taming of Chinese celebrities

Militia blues: How many more armed groups does Afghanistan need?

A collective amnesia appears to have taken hold about the wisdom of standing up yet another militia.
Anthony Regan 31 Oct 2022 10:00

The angry reaction to Richard Marles’ comments should be a warning to Canberra about the need to settle past grievances.
Aarti Betigeri 14 Jun 2022 11:12

India-Australia relations: Positivity might be coming at a cost

The tricky terrain of maintaining values and of keeping pace with changing colours in the Australian-Indian community.