The rush nearly 20 years ago to buy the fighter of the future exposed fundamental shortcomings in defence acquisitions. 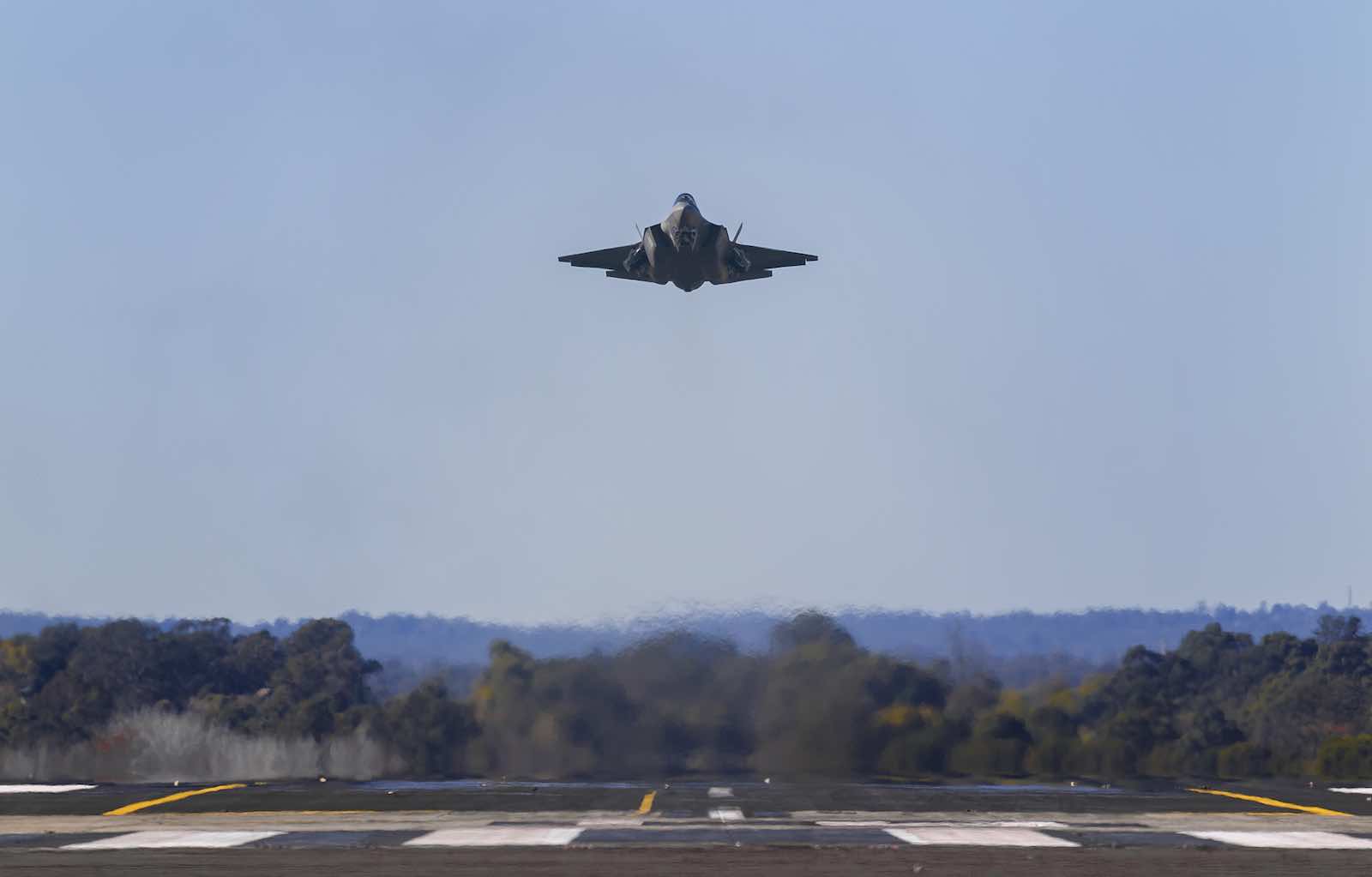 In a startling statement reported this month, two recent Air Force chiefs assert Australia has made some grave force structure errors. It seems the RAAF needs a new bomber, as the new F-35 Joint Strike Fighter now entering service is inadequate for future strike operations. The chiefs’ intervention raises questions about how this could have happened and, given growing international tensions, how such expensive strategic missteps can be avoided.

Australia joined the US-led F-35 program in a rush in 2002. There was no tender process or formal evaluation. Nor could there be. The aircraft was still brochure-ware, with delivery schedule and cost unknown, albeit thought to be Australia’s most expensive defence equipment purchase.

It suddenly seems the Air Force needs major recapitalisation, just as its force structure is being renewed at considerable cost.

The sudden decision surprised many, as the Howard Government’s 2000 Defence White Paper had set out a comprehensive decision-making process that investigated alternative force structure options, including single-role fighters, multi-role aircraft, long-range missiles, and unmanned aircraft. The rationale behind the unexpected rush to purchase F-35s was explained publicly by the then Air Force chief. Unfortunately, soon after the decision, the F-35 began suffering technical problems, cost growth, and long delays.

The first two F-35s finally arrived in Australia in late 2018, with the last nine planned for mid-2023. These nine are expected to be the Lot 15 Block 4 version, the fully developed standard broadly envisaged back in 2002. The rest, comprising six different interim-build standards, will then be progressively modernised to this definitive configuration.

The Lot 15 aircraft has significant hardware and software changes so the complete maintenance and support system, simulators and training centres will also need modernising. This will take time and additional money, but there is no choice. If not modernised, the earlier F-35s – almost all the RAAF’s brand-new fleet – will become hard to maintain or software update, and gradually operationally deficient.

The nine Lot 15 aircraft arrival will allow the RAAF to declare Final Operational Capability and start wrapping the acquisition project up. Over 20 years, the project has slipped 10 years.

This delay meant an interim aircraft, the Super Hornet, was necessary. Funding this meant the overall air-combat capability project had the largest cost overrun of any Australian defence acquisition in history, in absolute terms.

In 2017, USAF reviewed its air combat programs and determined that, all things considered, the F-35 would be unable to penetrate defended airspace past 2030. The logic underpinning this formal report was later explained publicly by its lead author. The recent pronouncements by the retired RAAF chiefs are then unsurprising. They consider that the RAAF’s force structure is now passé, being unable to defend “our lines of communication or prevent the lodgment of a hostile power in the Indo-Pacific region.”

It suddenly seems the Air Force needs major recapitalisation, just as its force structure is being renewed at considerable cost. The retired chiefs are now calling for a “reset”, with significant new spending and possibly acquiring advanced bombers, cruise missiles, and unmanned aircraft – a laundry list reminiscent of the Howard government’s White Paper.

Before rushing in there are several aspects worth considering.

Firstly, the F-35 acquisition decision was made independently of considering the overall force structure. Airbase defence illustrates this shortcoming. RAAF focused on acquiring F-35s, rather than on also building a capability to defend the airbases they might operate from. China’s long-range missile attack capabilities now mean that in time of crisis, the RAAF might be ill-advised to deploy F-35s to Southeast Asian airbases. In time, this vulnerability might also apply to Australia’s northern bases. Any “reset” needs to be made cognisant of all pertinent aspects, even if they are difficult ones.

Secondly, the chiefs consider that “we need to urgently review where we stand”. The F-35 decision was perceived by some as urgent, a perception less obvious in retrospect. There is apparently a review underway that will report on Air Force structures and composition early in 2020. This is a process that needs considerable thought and deliberation. Rushed decision-making today can produce poor results and long delays downstream. A repeat of the F-35 acquisition should be avoided. This review might be headed that way.

Thirdly, the chiefs blame the Air Force’s parlous state of affairs on changing strategic circumstances that no one could have foreseen. Force structures, though, are acquired for the longer term. The chief’s critique implies the current Defence White Paper process has serious fundamental shortcomings in terms of comprehending the possibility of strategic change.

Before undertaking an “urgent” review or rushing to buy a new jet, it is essential to address the methodology used when designing the future force. This all sounds pretty dry, but its absence can be seen in the chiefs’ conclusion that Air Force’s brand-new fighter is inadequate. This is potentially operationally disastrous, strategically unacceptable, and a waste of taxpayers’ money.

There are methodologies well-suited to thinking about future uncertainty. The Defence Minister’s very first review needs to determine which to use. Until then, all future reviews or White Papers will be of doubtful value. The chiefs’ have done the nation a service in highlighting the shortcomings in contemporary Australian strategic thinking – even if they were involved in making it so. Their critique needs acting on.

Show 9 Comments
Previous Article
Review: Australia, real and imagined
Next Article
Signs of a deal between US and China, and a rethink