By focusing on himself, Scott Morrison also made the election a leadership choice, putting Bill Shorten in a spotlight. 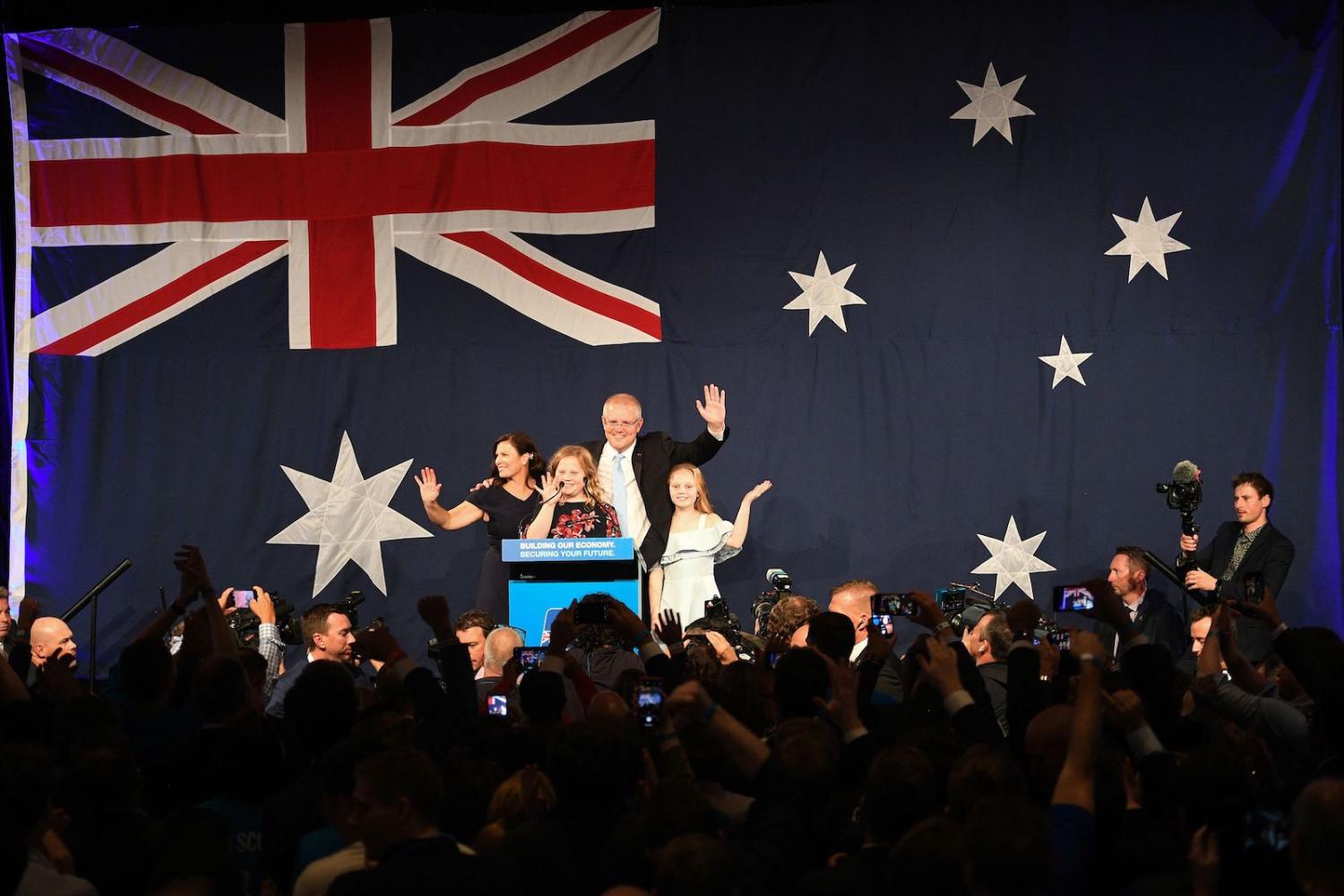 Watch enough sport in Australia and the so-called “Americanisation” of culture is readily apparent. In Australian rules football, where contract arrangements increasingly follow the example of US sports, commentators often slip from referring to resting players on the bench or the pine to being in the “dugout”, a baseball term; or coaches describe the frenetic play by borrowing the word “scrimmage” from the NFL.

So too politics. In Australia ­– as a reminder for foreign readers ­­– the prime minister is not directly elected in the fashion of a US president. Voters elect local members, and the party selects the leader and there is no direct mention of the “Prime Minister” in the Australian Constitution. But anyone watching the 2019 election campaign would have sworn this was a contest where Scott Morrison was himself on everyone’s ballot paper.

By focusing on himself, Morrison also made it all about Shorten, and forced the news media to focus its coverage on the choice between the two leaders.

In political advertising on social media, it was Morrison’s face and Morrison’s message. In the traditional media, in newspapers and on television, the Liberal campaign made Morrison’s opposite number Bill Shorten the exclusive focus as “the bill Australia can’t afford”.

This election wasn’t the first time US presidential style intruded into an Australian election campaign, but the emphasis on the choice between the two leaders goes some way to describing the surprise result. Morrison was criticised during the campaign and in the lead up for making it all about him. But his tactic is perhaps clear in hindsight. That by focusing on himself, he also made it all about Shorten, and forced the news media to focus its coverage on the choice between the two leaders, as much as Labor tried to emphasise its team. And Shorten’s biggest consistent negative in the opinion polling over recent years was the public’s dislike of Shorten himself.

Of course, that same opinion polling also had Labor ahead in two-party preferred terms, which turned out wrong. Exit polling on the night also had Labor winning. The betting markets backed Labor. I thought Labor was going to win, and wrote back in January in an article for The Diplomat, “Barring a political miracle, it seems inevitable the conservative government will fall.” Well, as he claimed on Saturday night, Morrison got his miracle.

There is also a tendency in post-election analysis to assume every move by the victor was inspired and see the loser’s campaign as fundamentally flawed. But it is never so simple, as an Australian political operator with close ties US Republicans reminded me some years back after he’d spent some time in the US, watching the campaign where Mitt Romney lost to Barack Obama. There were still things the Romney campaign did well, he insisted.

Professional politicos have long cultivated international ties, with Australians especially interested in trends from the US and Britain. It’s not for nothing that Australia’s political system is sometimes referred to as a “Washminster” style of government, and flushed with success from Saturday’s election, Morrison won’t be letting go the focus on his one-man leadership show anytime soon. (At least I got that bit right.)

Behind the Australia–Canada ‘wine war’

Financing the takeover of a Pacific telco firm amounts to a marked shift in the government’s industrial philosophy.
Sam Roggeveen, Natasha Kassam, Ben Scott 7 May 2020 16:30