Helping a neighbour in need is far from mere charity but will protect Australia, too. 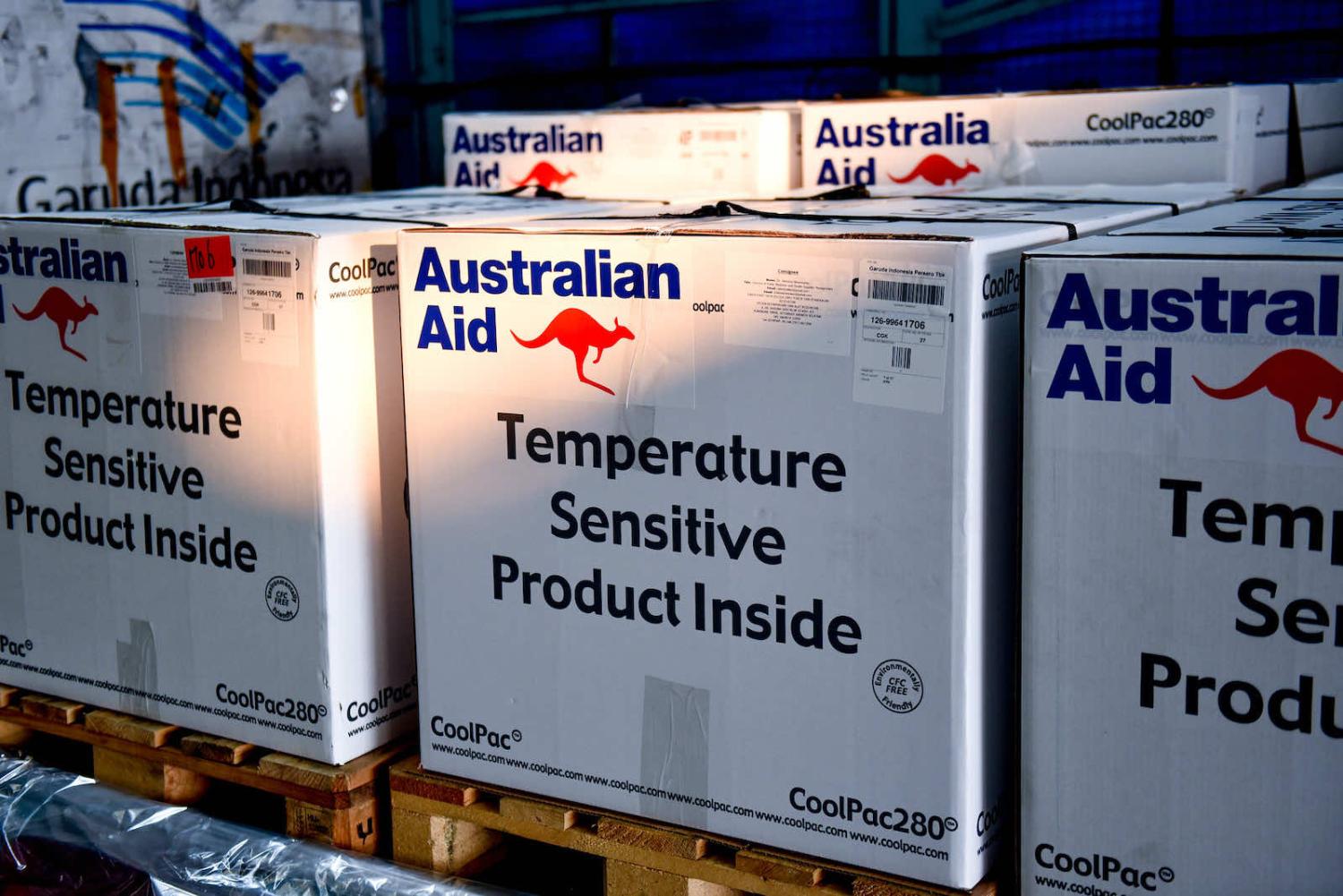 In the middle of this pandemic, every vaccine is precious. Australia should give its spare locally-made AstraZeneca vaccines to friends in Indonesia.

Indonesia has a vacuum of need for vaccines that is predominantly being filled by China, and yet Australia happens to have millions of spare doses that could save thousands of Indonesian lives. In these circumstances, it is in Australia’s interest to be confident and generous in the Indo-Pacific.

Australia’s first priority with vaccination aid was to support the Pacific. Yet the Pacific’s supply is now guaranteed, and Australia still has surplus doses.

Besides, the challenges that face Pacific nations are not just supply, but also the logistics of distribution to very remote and, at times, hesitant populations. The largest Pacific population, Papua New Guinea, has been a major target of vaccine aid from Australia and New Zealand. Unfortunately, PNG has been unable to distribute their vaccines fast enough and has even been forced to transfer some to other countries to avoid wasting their supplies.

At home, Australia started its vaccine rollout far too late, but is now on a journey to reach some of the world’s highest vaccination rates. Despite having a shortage of supply during the crucial winter months that led to extended lockdowns for major cities, Australia now has the reverse dilemma – a growing stockpile of over six million doses of AstraZeneca vaccines sitting in fridges and an ongoing production of one million doses a week.

The more Indonesia and other neighbours are protected from the virus, the safer Australia will be from future incursions and potentially new variants.

Australia must not let what is a remarkably good and overwhelmingly safe vaccine expire. It would be negligent to hold onto the millions of spare AstraZeneca doses while friends are battling this pandemic without enough protection. From a purely self-interested perspective, Indonesia is a close neighbour, friend, strategic partner and the world’s third largest democracy.

Indonesia has only fully vaccinated a little under 20 per cent of its population, with around 35 per cent having received at least one dose. That leaves nearly two-thirds of its population without having had any vaccine.

Complicating Indonesia’s rollout further is the fact that it is an archipelago. Given Australia still faces significant challenges reaching some remote populations, it’s easy to imagine the logistical hurdles facing a nation with the world’s fourth largest population spread across so many islands.

Despite this, Indonesia is still administering approximately 1.2 million doses a day and at that rate would be able to use Australia’s surplus vaccines within a week.

Thus far, Indonesia’s vaccination needs have been filled by the Chinese-made Sinovac and Sinopharm vaccines. Indonesia has supplemented these vaccines by prioritising its limited supply of Moderna to its most at-risk healthcare workers, but the overwhelming need for more vaccines remains.

Other countries, especially in Southeast Asia, are already supplementing their Chinese-made vaccines with other recognised options. Thailand already uses AstraZeneca as a booster to their Sinovac vaccines.

Despite early supply constraints, the AstraZeneca vaccines are more efficacious than the Chinese vaccines and make Australia an attractive partner for Indonesia and its largely unvaccinated population.

Indonesia has already suffered a deadly second Covid wave, peaking in July of this year, and the risk of a third one is on the horizon. Indonesia’s death rate grew to more than 2,000 cases a day in July, and its cumulative death rate of over 500 per million ranks it among the highest in the region.

At the time, the Morrison government did announce it would donate 2.5 million doses to Indonesia in July, delivering only around 500,000 by September.

But limiting Australia’s assistance in Indonesia not only limits the country’s influence, but it also increases the likelihood of local Indonesian outbreaks of various diseases arriving on Australian shores. This year has served as a reminder that until the virus is quashed everywhere, it’s always at risk of spreading. And as global experts have warned, a country cannot afford to only vaccinate itself – getting on top of this virus means a need to vaccinate the world.

So, for all the debate about when to ease restrictions at home, Australia is in the fortunate position to be able to help its neighbours. The more Indonesia and other neighbours are protected, the safer Australia will be from future incursions and potentially new variants.

The Morrison government has been, in my view, short-sighted about the potential benefits of Australian aid to generate influence overseas – but donating surplus vaccine supply is a perfect opportunity to change that.

Indonesia could use the help and it’s clearly in Australia's interest to support the region achieve high vaccination rates, especially when Australia has the luxury to offer help. More than that, it’s the right thing to do.

Previous Article
Australia-Korea minilateral: A potential win-win
Next Article
Line in the sand: How sea-level rise is challenging international law

Universities need to accept their vulnerability to internationalisation in order to prepare students for the future.
Geoffrey Wiseman 24 Aug 2018 06:00

A challenge for a new review is to agree what we mean by soft power, how to measure it, and to put it into practice.
Stephen Grenville 12 Feb 2019 15:00

A Tobin tax: an idea whose time has come for Indonesia