Line in the sand: How sea-level rise is challenging international law

For island nations climate change poses not only a physical threat but a legal dilemma, too. 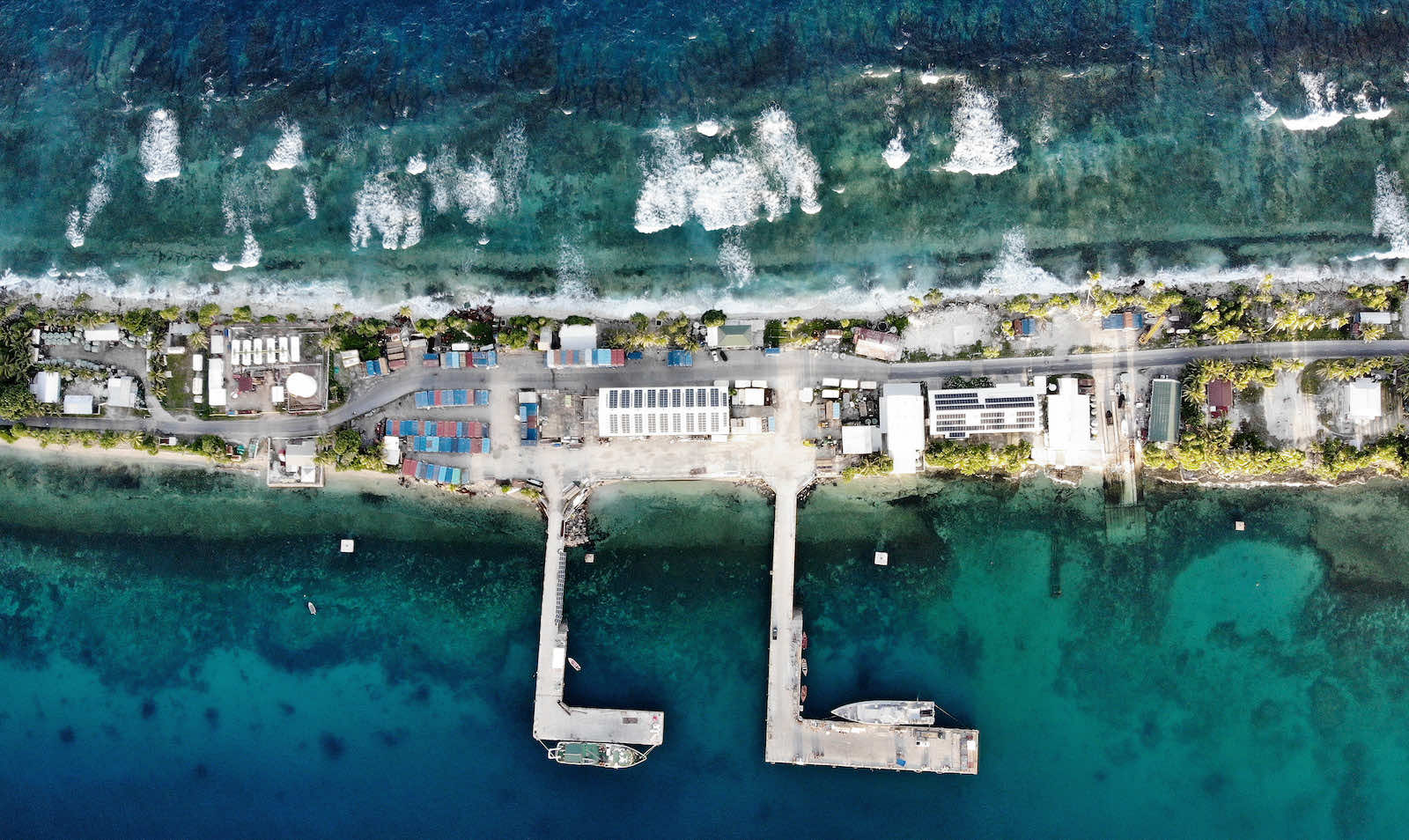 The effects of sea-level rise for islands are real and increasing attention is being given to the emerging international legal issues. The World Bank last week released a new report that put a further spotlight on the legal issues facing Pacific atoll nations. These range from the effects on maritime zones such as the territorial sea and exclusive economic zones (EEZ), the loss of coral reefs and other maritime features, impacts upon settled maritime boundaries, inundation of territory, and the displacement of peoples.

During the UN General Assembly Leader’s Week in September, Vanuatu announced that it would seek UN support for an International Court of Justice advisory opinion on a range of legal issues associated with climate change and its impact on island states. That process will take some time, but it is reflective of the increased awareness Pacific nations in particular are seeking to raise with respect to climate change, sea-level rise and international law.

An accumulation of climate-related events in various parts of the world give an added urgency to considering and addressing legal issues from sea-level rise.

While Pacific atoll islands are some of the most vulnerable, all islands will to varying degrees be affected by sea-level rise and climate change. Greenland, the largest recognised island with aspirations for eventual independence from Denmark, is being assailed by other consequences of climate change which may radically transform its landscape. Ice melt associated with the Greenland ice cap will also have significant implications for rising sea levels.

An accumulation of climate-related events in various parts of the world give an added urgency to considering and addressing legal issues from sea-level rise. The International Law Commission, the UN’s principal legal agency tasked with investigation and analysis of fundamental issues confronting the international legal system, has established an open-ended study group on “Sea-level rise and International Law”. In a preliminary 2018 assessment of the issues, it observed that:

more than 70 States are or are likely to be directly affected by sea-level rise, a group which represents more than one third of the States of the international community … Another quite large number of States is likely to be indirectly affected (for instance, by the displacement of people or the lack of access to resources). Sea-level rise has become a global phenomenon and thus creates global problems, impacting on the international community as a whole.

Research published in 2021 framed around the Paris Agreement assumptions of limiting global warming to 1.5 to 2°C reinforce recent Intergovernmental Panel on Climate Change assessments on sea-level rise. Estimates have been made that by the year 2100 approximately 50 per cent of more than 7000 locations across the globe will experience present day 100 year extreme-sea-level events at least once a year even under a 1.5°C warming model. Areas identified as being particularly susceptible to these impacts include parts of the southern hemisphere and the subtropics including Hawaii and the Caribbean.

The Pacific Islands Forum has been considering these issues since 2010, and in 2021 the 18 members adopted the “Declaration on Preserving Maritime Zones in the face of Climate Change-Related Sea-Level Rise”. This initiative has some significant implications for how island states in particular view the effect of sea-level rise for the law of the sea and the 1982 United Nations Convention on the Law of the Sea, or LOSC.

The LOSC affirms critical entitlements for Forum members, especially to a 200-nautical mile EEZ which gives sovereign rights to fisheries within their adjacent waters. The limits of the EEZ are determined from coastal baselines, which are normally along the low-water mark of the coast. Those baselines are vulnerable to sea-level rise impacts as they are considered to be ambulatory. EEZ entitlements could therefore shrink in the face of sea-level rise.

Longer-term issues associated with principles of statehood and the human rights of island peoples affected by sea-level rise will remain after the law of the sea issues have been settled.

The Forum’s declaration seeks to counter this legal dilemma. It asserts that the LOSC does not create an “affirmative obligation” to keep baselines and the limits of maritime zones under review, and that maintenance of existing maritime zones notwithstanding sea-level rise is consistent with the LOSC. The declaration is that once maritime zones have been established and notified to the UN those zones will be maintained without any review or update of baselines notwithstanding “physical changes connected to climate change-related sea-level rise.” That the Forum includes a diverse group of Pacific nations ranging from Australia and New Zealand to small-island atoll states is significant.

The current focus on the law of the sea and sea-level rise is understandable given how groups such as the Pacific Islands Forum have sought to give it prominence. Indigenous knowledge is also another important dimension in the Pacific. There will no doubt be legal solutions found which gain political endorsement, however ultimately these will only be short term international law responses to sea-level rise.

The longer-term issues associated with principles of statehood and the human rights of island peoples affected by sea-level rise will remain after the law of the sea issues have been settled. This will be the bigger challenge for international law. The evidence associated with sea-level rise appears compelling. It is notable that expert bodies as diverse as the International Law Commission and the World Bank are giving considerable attention to the issue. The challenges are formidable.