Australian defence: what the 1930s foretells for the present

A new volume on the country’s interwar foreign policy decisions takes us back to the future. 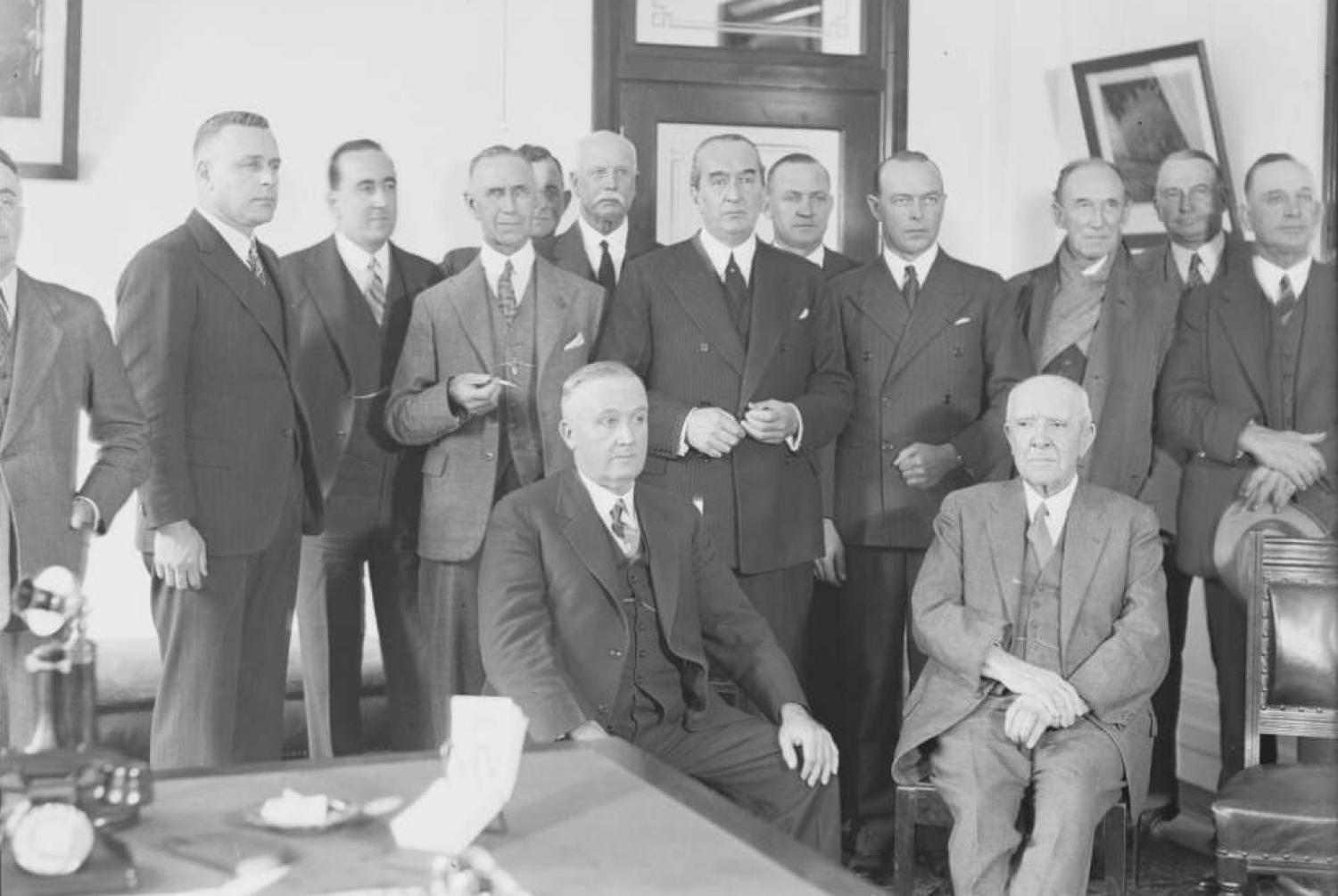 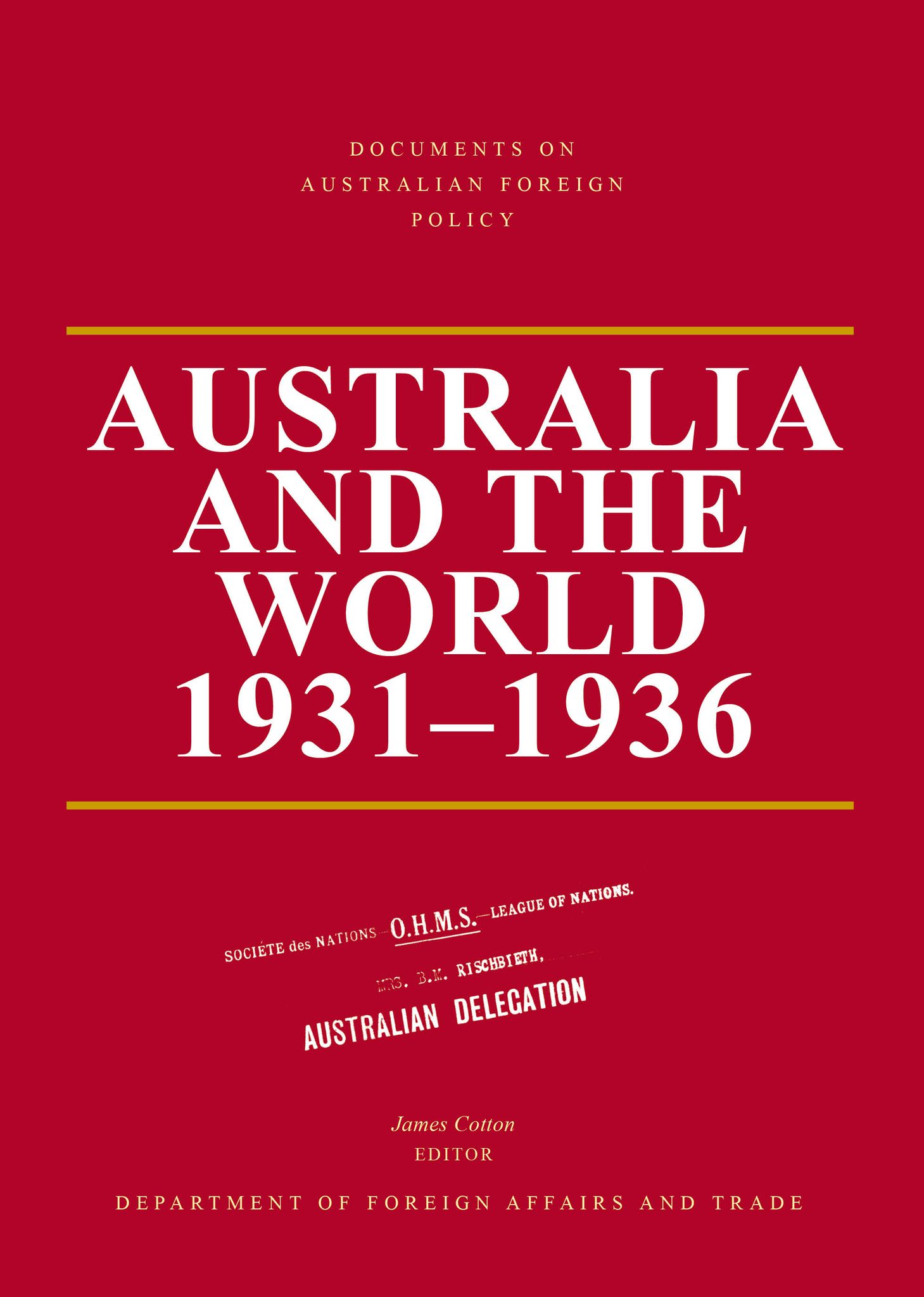 As a primer for modern day policymaking, Australia’s strategic decisions of the early 1930s provide clear lessons in alliance management. Of late, Prime Minister Scott Morrison has taken to invoking the gathering threats of that period, likening them to the present “conflation of global, economic and strategic uncertainty”. But for all the lessons of the time, Australia’s experience is rarely discussed. The recently published Australia and the World 1931–1936 comprises a selection of key policy documents that help put comparisons to the present in proper perspective.

The defence story, reviewed in Part 5 of the book, is dominated by the debate in the interwar years on the reliance upon the British navy to protect Australia, which hinged on the viability of the Singapore base and the timely dispatch of sufficient naval forces to use it. In 1934, Sir Maurice Hankey, Secretary to the Committee of Imperial Defence, visited Australia. His role, which was partly to reiterate British naval commitment to the Far East, was also to ensure that his local protégé, Frederick Shedden, who would later become Secretary in the Department of Defence, was entrenched at the centre of the defence machine.

Shedden was a convinced navalist, utterly committed to reliance upon the British and consequently to the mission of moulding Australian forces to support the wider imperial project. His chief critic was Major-General John Lavarack – they had disagreed during their shared time at the Imperial Defence College in 1927–28. In their contest, Lavarack was ultimately sidelined and slighted, despite his vastly superior experience and intellect and the incontrovertible logic of his arguments. The British navy could not fight a two ocean war; it followed that Australia should prepare for the possibility of an unchecked Japanese invasion for which a suitably equipped and mobile army, supported by significant air units, was required.

Shedden’s triumph was the result largely of the fact that his notion of policy accorded with the prejudices and assumptions of his political masters, George Pearce (Minister for Defence 1932–34), Archdale Parkhill (1934–37), and later Harold Thorby (1937–38). Debate on defence fundamentals was curtailed and arms acquisitions skewed towards flawed priorities.

The nub of the issue lay in the flaws of the Singapore strategy. As former Prime Minister Stanley Bruce and then High Commissioner to the United Kingdom observed at the Committee of Imperial Defence in April 1933, commenting upon the admitted parlous lack of naval units in the Pacific theatre and thus the local predominance of Japan:

If Singapore was lost it seemed to him obvious that the main Fleet could not operate until it had been recaptured, and the question of recapture seemed almost to come within the category of an impossible adventure because unless the main Fleet could operate in those waters it could never be in a position to cover any expeditionary force.

When Shedden edited Bruce’s comments for the record, he excised this passage, noting that “this inference is just the point that the Army and the Air Force make in Australia in their claim that they are a better defence against invasion, and, accordingly, should have a prior claim to greater allocation of the Defence vote.”

The unreality of this strategy became starkly apparent in the proceedings of the 1935 conference of prime ministers in London. Neville Chamberlain, then Chancellor of the Exchequer, was frank enough to admit that Britain could not fight Germany and Japan simultaneously. At the same meeting, the participants also learned that Italy was about to invade Ethiopia, a development which was bound to put that country at odds with France and Britain, and therefore strengthen its relations with Germany. All that Australian Prime Minister Joseph Lyons, in office from 1932–39, could say in commentary on British policy was, “Go forward on the lines you have adopted and you can depend on us in Australia doing all we can to help you.”

Without a consistent understanding of the Australian national interest, when the woolly and ineffectual Lyons took a direct hand, the policies that resulted were poorly conceived.

Some positive lessons emerge in the years despite the flaws in the defence story, particularly in alliance management. Contrary to the image created by his Cambridge education and British military service, Bruce was a hard headed and at times abrasive promoter of the Australian national interest. He laid the foundations early, with negotiations in London led by F. L. McDougall, which adroitly pre-empted the preparations of the British side. Discrete contacts with New Zealand and Canada identified issues where a coalition approach might elicit British concessions. He was then a master of brinkmanship: at 2 a.m. on the morning of the scheduled signature ceremony, he threatened to walk away from the final text unless he gained an enlarged quota for Australian meat exports to the British market.

Even with an agreement then ratified, as High Commissioner in London, Bruce returned repeatedly to the issue of meat exports, bringing in visiting ministers – including Robert Menzies, who being more of an imperialist found the process distasteful – for three further rounds of grinding negotiations.

These manoeuvres were directly contemporaneous with repeated endeavours to extract from the British firm undertakings on what kind of fleet and in what sort of timeframe they would arrive in Singapore when it was needed. The difference was no doubt attributable to the fact that the forceful and clear thinking Bruce was in charge in London – and often took an independent lead in policy.

Without a consistent understanding of the Australian national interest (his election slogan in December 1931 was “tune in with Britain”), when the woolly and ineffectual Lyons took a direct hand, as he did in London in 1935 and again in 1937 and also with trade diversion in 1936, the policies that resulted were poorly conceived.

Review: Shameful lust for riches under the Timor Sea

A hat trick of factors calls for all-round success, and a recognition of bigger issues, including gender equality.