The end of Antarctic exceptionalism?

Plunging Russia into the diplomatic deep freeze has implications far beyond Europe on cooperation over global commons. 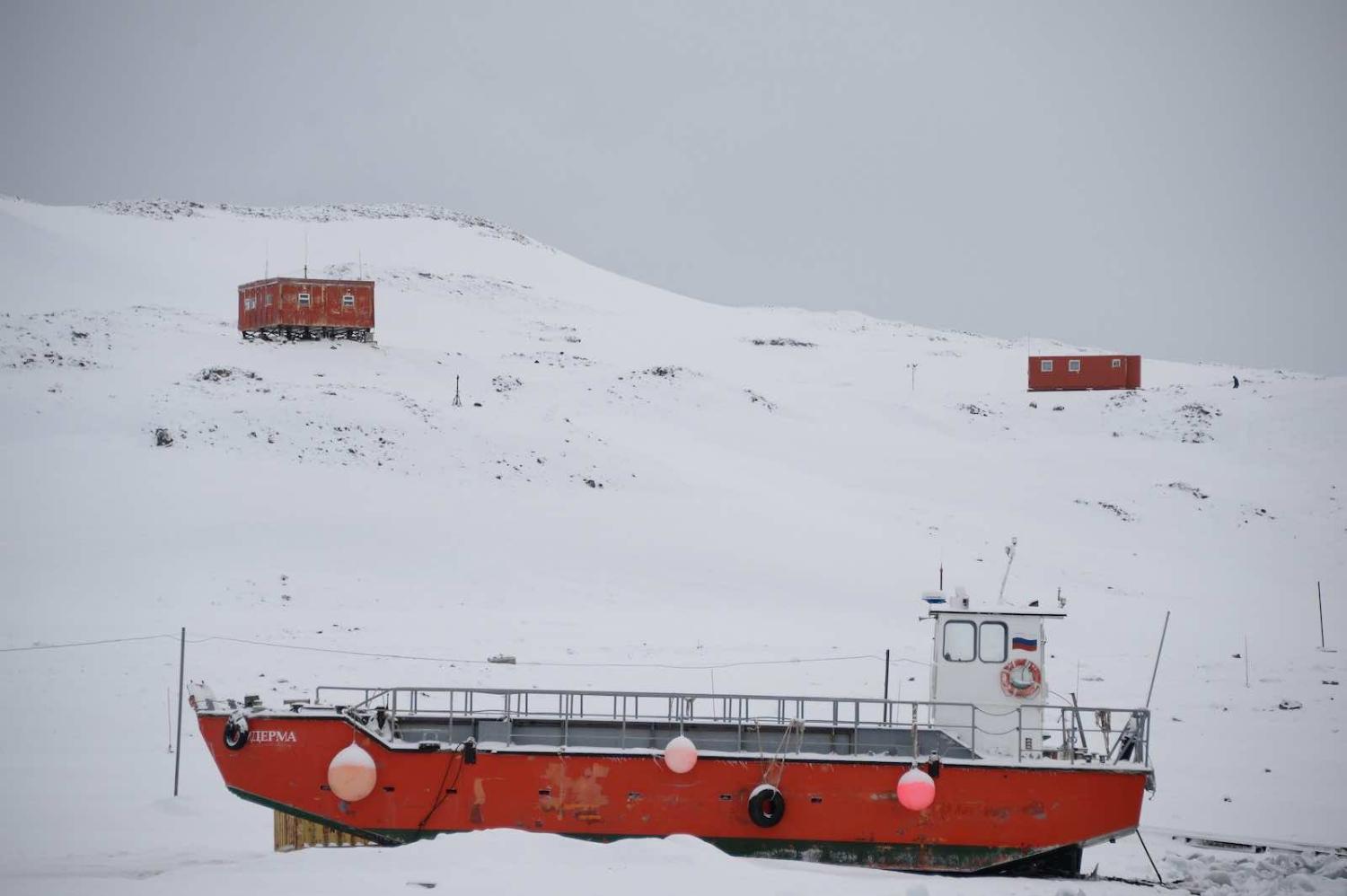 Moscow’s latest invasion of Ukraine has turned Vladimir Putin’s Russia into a pariah state, essentially overnight, and seen the country saddled with an unprecedented international sanction regime. The long-term implications of freezing cooperation and dialogue with Russia are significant – even for the future of far distant areas of the global commons, such as Antarctica.

Antarctica is set aside under the Antarctic Treaty as a continent for peace, science and international collaboration. It is a strategic theatre in which Australian national interests directly intersect and engage with Russian national interests. Russia and Australia are two of the 12 original signatories to the treaty and hold equal standing in the consensus-based operation of the Antarctic Treaty System (ATS). Each has a substantial permanent research presence in the Australian Antarctic Territory (AAT) and both proudly promote their Antarctic “identity”.

The ATS has stewarded Antarctica through enduring international strategic competition since 1961. For many, Antarctica is a beacon of international collaboration and post-Cold War cooperation. It is exceptional.

And its exceptionality has always been fragile.

In an era of renewed great power competition, fused with resource insecurity and sharpened by climate change, Antarctica sits at the intersection of many strategic forces. Putin’s Russia might not be about to invade or annex Antarctica anytime soon, but it doesn’t need to in order to end Antarctic exceptionalism.

Just look to the North Pole, the Arctic, as a harbinger of what may come in Antarctica. The Arctic Council is the region’s sole inter-governmental forum for regional affairs in the Arctic. It is a consensus-based mechanism for the management of collective environmental, indigenous and regional development affairs in the Arctic. Established in 1996, it serves to facilitate and cultivate regional cooperation. The Arctic Council Chairmanship rotates every two years, with Russia at the helm until 2023.

In an unprecedented move, the Arctic Council has paused all official meetings of the Council and its subsidiary bodies until further notice. The decision resulted from seven other permanent member states of the Arctic Council suspending engagement with Russia in protest of the Ukraine invasion. In a joint statement, the United States, Canada, Denmark, Iceland, Norway, Sweden and Finland condemned Russia’s actions and underscored the “grave impediments to international cooperation” resulting from Moscow’s aggression. Significantly, the statement noted:

The core principles of sovereignty and territorial integrity, based on international law, have long underpinned the work of the Arctic Council, a forum which Russia currently chairs. In light of Russia’s flagrant violation of these principles, our representatives will not travel to Russia for meetings of the Arctic Council. Additionally, our states are temporarily pausing participation in all meetings of the Council and its subsidiary bodies, pending consideration of the necessary modalities that can allow us to continue the Council’s important work in view of the current circumstances.

Russia’s response to the “freezing” of Arctic dialogue and regional governance operations was telling, and troubling, for the potential changes coming to Antarctic cooperation. Moscow communicated its “displeasure” at the unprecedented suspension of Arctic cooperation via the Arctic Council, and noted its intent to continue on unilaterally with its own domestic Arctic agenda. Russia’s Spokesperson for the Ministry of Foreign Affairs noted the Arctic was a zone in which “international cooperation has never been hostage to the geopolitical situation”, continuing that “the desire of a number of countries to punish Russia will result in serious costs for the joint search for optimal solutions to urgent Arctic problems”.

It is this response which calls into question the looming decision facing Antarctic cooperation.

Isolating Putin’s Russia in the Antarctic context will likely result in irreparable damage to functional collaboration at the South Pole.

The Antarctic Treaty Consultative Meeting (ATCM) runs annually to discuss Antarctic affairs, and deliver on consensus-based governance priorities. The ATCM has been increasingly under pressure resulting from Covid-19, which forced the 42nd meeting in 2020 to be cancelled (for the first time). In 2021, the 43rd ATCM dealt with hybrid-video conferencing challenges, including efforts by states such as China and Russia to curtail the meeting agenda with arguments about time limitations related to online-meetings meaning some debates were postponed.

The 2022 ATCM is slated to run from 23 May to 2 June in Berlin. There have been no formal updates so far from Germany regarding the status of the 44th ATCM. There is a collective interest for the majority of Antarctic stakeholders to uphold international law, and recent efforts to denounce and punish Russian aggression, via the United Nations as well as in the Arctic Council, indicate there will likely be fallout for the 2022 ATCM. How does the ATCM deliver consensus when two of its consultative parties are at war with each other?

Of course, short-term values-based decisions to suspend cooperation with Russia in multilateral forums will have long-term impacts on strategic interests. It therefore becomes a question of cost.

Suspending avenues for engagement and further fracturing precarious Antarctic cooperation will ultimately cost Antarctic stakeholders. Isolating Putin’s Russia in the Antarctic context will likely result in irreparable damage to functional collaboration at the South Pole. It should be expected that fractures between the liberal West and Russia will deepen and that alignments between states such as China and Russia will strengthen in Antarctica.

There is little evidence that Putin intends to diverge from his course in Ukraine, so the prospect of preserving polar collaboration and cooperation with Russia is fast evaporating. The era of Antarctic exceptionalism as we know it may soon end. This raises vital questions. Whether the ATS can continue to withstand the pressures of great power politics? What more can be done to protect the continent? And, perhaps most crucially for Australia, how to navigate a truly contested continent on the southern flank? Australia will need more than mapping drones.

Previous Article
Australian defence: what the 1930s foretells for the present
Next Article
Scenarios for the war in Ukraine

Ruth Bader Ginsburg had a deep faith in America’s capacity for self-correction. Her absence puts it to the test.
Kelsey Munro 4 Jun 2019 11:00

Episode 2 of Rules Based Audio, “The Terrorist’s Wife” out now