There are advantages to staying neutral in a clash destined to change the shape of Europe. 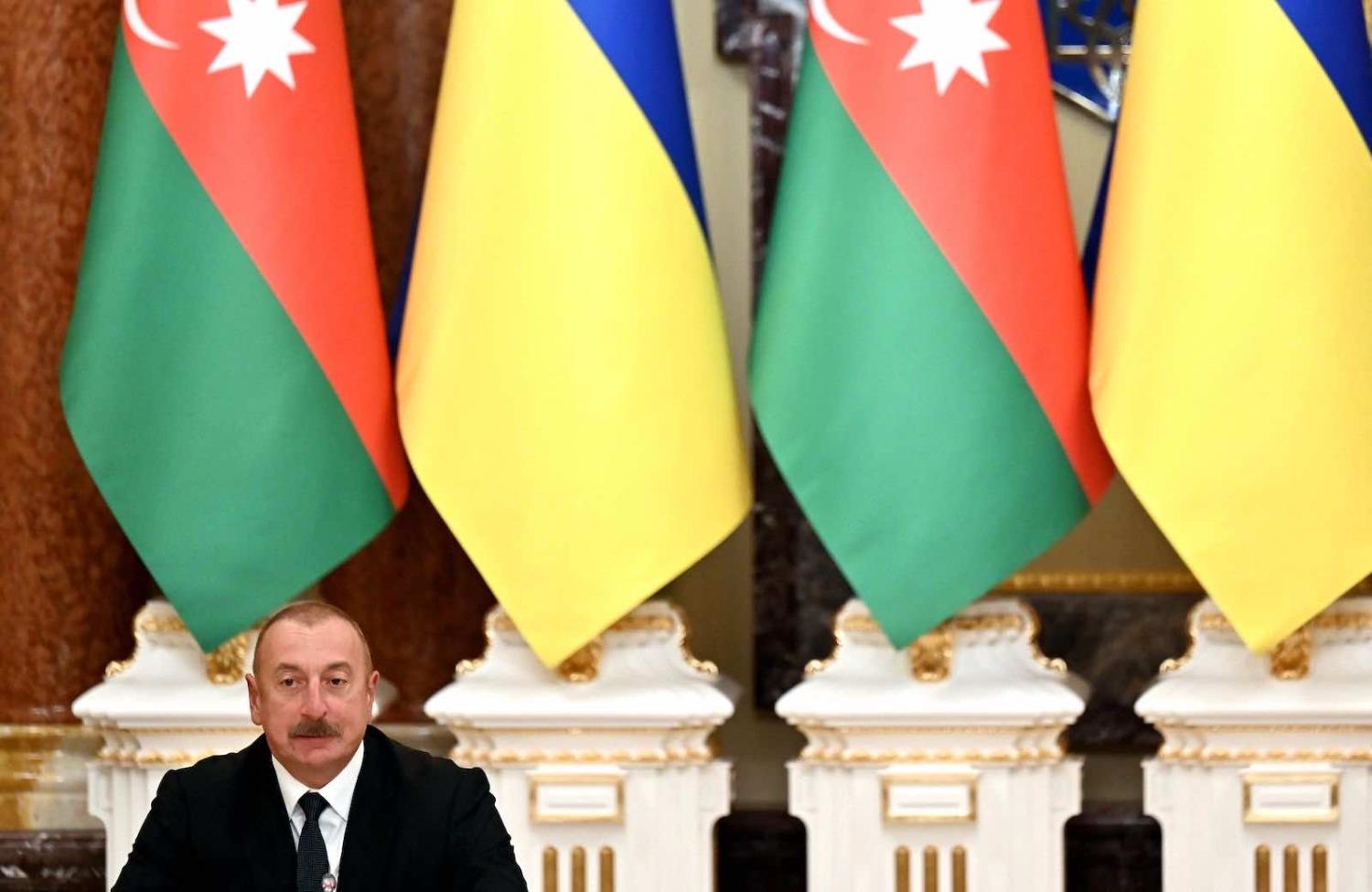 It wasn’t so long ago that Azerbaijan was a focus of global attention, the country a rare feature of international headlines after a simmering dispute with neighbouring Armenia over control of Nagorno-Karabakh turned violent. This local standoff had long been feared for potential wider ramifications – complicating ties between Russia and Turkey for example – and indeed the clashes in 2020 saw neighbours to the Caucasus region particularly engaged.

But while the dispute with Armenia persists, the Russian invasion of Ukraine poses a different challenge for energy-rich Azerbaijan. Neutrality appears the watchword as it seeks to preserve its ties with both Moscow and Kyiv. Although the situation in Eastern Europe worries the Caucasus nation, Baku potentially stands to benefit from the trouble, specifically in relation to its gas exports to Europe.

The process of “de-coupling” between Russia and the European Union represents an opportunity for Azerbaijan, especially if Brussels eventually, for whatever reason, stops purchasing Russian energy. In 2021, the EU imported 155 billion cubic metres of natural gas from Moscow, and only 8.2 billion from Azerbaijan. Russia’s southern neighbour plans to increase its exports to Europe, although the forecast amounts – nine billion cubic metres in 2022 and 11 billion in 2023 – will unlikely make a huge difference for European consumers.

After the 2020 war, Russia increased its influence in the Caucasus.

Baku, however, has a long-term export-growth strategy. The authorities plan to turn the Nagorno-Karabakh region into a “green energy zone”, which would allow Azerbaijan to increase the production of electricity from renewable sources, and have more gas available for export. The Caucasus nation is in the process of reaching an agreement that would allow multinational oil and gas company BP and the United Arab Emirates-based energy company Masdar to build solar power plants in the region where Azerbaijan and Armenia fought the 44-day war in 2020.

Azerbaijan is also building roads, railways and airports in the region, and hopes to finish construction of the Nakhchivan corridor, also known as the Zangezur corridor, by the end of 2023. The Nakhchivan corridor will allow the resource-rich nation to have a land connection with its exclave – the Nakhchivan Autonomous Republic. At the same time, it will connect Azerbaijan with Turkey, with which it already has close military ties. The problem, however, is that 45 kilometres of the corridor must go through Armenian territory. Yerevan, unlike Baku, does not seem to be in a hurry with the construction, even though the railroad will connect Armenia with its close partner Russia through Azerbaijan’s mainland.

After the 2020 war, Russia increased its influence in the Caucasus. As a result of a ceasefire deal, signed between Armenian Prime Minister Nikol Pashinyan and Azerbaijani President Ilham Aliyev and brokered by Russian President Vladimir Putin, some 2,000 Russian peacekeeping troops were deployed to Nagorno-Karabakh. Moreover, Russia is now a de facto ally with both Armenia and Azerbaijan.

Yerevan has been a member of the Moscow-led Collective Security Treaty Organisation since 1994, while Putin and Azerbaijan’s Aliyev signed an “allied cooperation agreement” on 22 February 2022, just two days before Russia launched its invasion of Ukraine.

“That document has been prepared for months,” Azerbaijan’s Deputy Foreign Minister Elnur Mammadov told me in an interview during a visit to the country last month.

Since 2021, Azerbaijan has been a close partner with Turkey – Russia’s frenemy – and there are fears in Moscow that Baku may allow Ankara to build military bases in the Caucasus nation. “Our position is that we do not allow any foreign military base on our sovereign territory,” Mammadov said.

It is worth noting, however, that in 2021 Turkey and Russia opened a joint military facility in Azerbaijan to help monitor the ceasefire in Nagorno-Karabakh. The initial mandate allows Russian peacekeepers to stay in the Caucasus country until 2025, but Baku, with the support of Ankara, could refuse to renew the mandate, which could have an impact on the country’s relations with Russia.

At this point, Azerbaijan does not seem to be interested in the deterioration of its ties with Russia. The trade turnover between the two countries reached almost $3 billion in 2021, and Moscow remains one of Baku’s most important trade partners. That could be one of the reasons why Azerbaijan did not join anti-Russian sanctions.

“We have never taken decisions on imposing sanctions on any country,” said Mammadov, pointing out that he does not expect any pressure from the West to impose sanctions on Russia.

Recently, Ukrainian President Volodymyr Zelensky suggested the Azeri capital as a possible venue for cease-fire negotiations, and Azerbaijan has already started sending humanitarian aid and fuel to the Eastern European country. At the same time, Baku has repeatedly voiced its support for the territorial integrity and sovereignty of Ukraine, while being careful to avoid condemnation of Russia’s actions in the country.

Given Azerbaijan’s strategic partnership with Russia, and good relations with Ukraine – not to mention its significant gas reserves – Baku is in a prime position to benefit from the looming energy crisis presented by the region’s unrest.

Previous Article
From Moon to Yoon: will the Korean peninsula see fire and fury return?
Next Article
What the Ukraine crisis means for the Indo-Pacific

The limits of Zoom diplomacy in Asia

Under international law, one country cannot invade another to seize territory – yet that appears to have been endorsed.
Tom Chodor 7 Jun 2018 06:00

Industrial nations helped the US export its way out of trouble in the 1980s but are now less inclined to assist America with economic problems of its own making.