An eruption of bitter fighting in a seemingly intractable conflict is aggravating wider regional tensions. 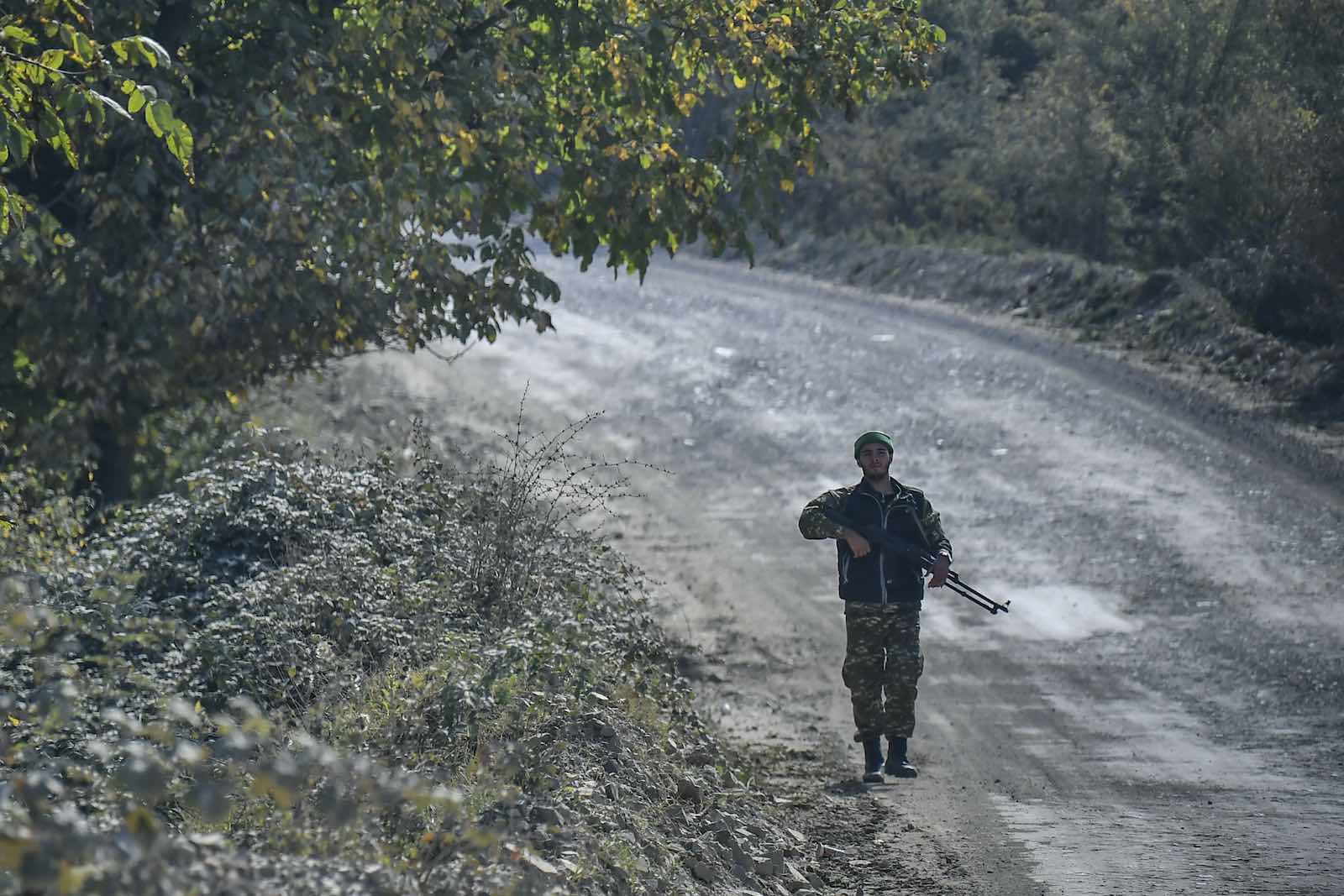 An Armenian soldier on 15 October during the ongoing fighting between Armenia and Azerbaijan over the disputed region of Nagorno-Karabakh (Aris Messinis/AFP via Getty Images)
Published 16 Oct 2020 13:30   0 Comments

The re-emergence of conflict between Armenia and Azerbaijan in September 2020 over the contested region of Nagorno-Karabakh has taken a much more deadly and destabilising turn than in previous recent outbreaks. A seemingly intractable conflict, dating back to well before the Soviet occupation of the Trans-Caucasus in 1920, the clash over Nagorno-Karabakh was reignited in the late 1980s as Moscow’s control waned, and as both Armenia and Azerbaijan declared their independence from the USSR.

The Nagorno-Karabakh Autonomous Oblast (NKAO) had been “given” to Azerbaijan by the USSR in 1923, but the end of the Cold War saw renewed contestation of the NKAO between the former Soviet republics. In 1988, the Nagorno-Karabakh legislature passed a resolution calling for the region, which was 90% ethnic Armenian, to become part of Armenia. Refusing even to contemplate this idea, the Azerbaijan government proceeded to annul the autonomous status of Nagorno-Karabakh in 1991, which led to the NKAO and local Armenians voting overwhelmingly to secede from Azerbaijan.

What is required urgently is for a new ceasefire to hold, for the delivery of humanitarian assistance to the war-ravaged regions, for a pledge to resume negotiations soon, and for the involvement of OSCE and UN observers and peacekeepers.

Nonetheless, international opinion seemed to be on Azerbaijan’s side. The Organisation for Security and Cooperation in Europe (OSCE) continued to recognise the territorial integrity of Azerbaijan, and UN Security Council resolutions called on Armenia to withdraw from its occupation of the contested region.

Nagorno-Karabakh remained firmly within Azerbaijan. Bitter fighting continued until a truce was agreed in 1994; in the meantime, around 25,000 people had been killed, and over half a million Azeris had been displaced from the region. The territorial stalemate was never resolved.

Intermittent fighting has continued since the truce, but the September 2020 outbreak is the deadliest in decades. There are two particularly disturbing elements to this current iteration of the conflict.

The first is that Azerbaijan has bolstered its military capabilities considerably. While Armenia might have prevailed in previous bouts of fighting, seizing and holding territory, Azerbaijan is now bringing a preponderance of force to bear.

In particular, Azerbaijan has resorted – very effectively – to drone warfare, and the use of sensors and long-range artillery. It has recently purchased several unmanned aerial vehicles and ballistic missiles with a range of up to 400 kilometres, from Israel, one of its main oil importers.

This factor has changed the dynamics and the intensity of the war, enabling deadly targeting of Armenian forces and tanks several hundred kilometres away. The number of civilian deaths is high and growing, with the International Crisis Group warning of the humanitarian consequences of continued warfare. Amnesty International claims to have evidence of Azerbaijani use of Israeli-supplied cluster munitions, weapons which have been banned under international law (although neither Armenia nor Azerbaijan are signatories to the Cluster Munitions Convention).

As ever, the human cost of such conflict is tragically evident.

The second factor which marks this episode as different from other outbreaks is the heightened role of Turkey. Ankara has long been a supporter of Azerbaijan, and under President Recep Tayyip Erdoğan, Turkey – a member of NATO – has become more emboldened to intervene militarily to assist its Turkic brethren.

Turkey has provided extensive military training, weapons and drone pilots, and is suspected also of bringing Syrian fighters into the region to bolster Azerbaijan’s military efforts. Over the past year, Turkey’s military exports to Baku have increased six-fold.

All this suggests a risk of the conflict spreading beyond Nagorno-Karabakh itself. Iran, although nominally a “friendly neighbour” to Turkey, has nonetheless chastised Turkey for its involvement in the conflict. Fears of a regional war are not unfounded, as the South Caucasus becomes increasingly destabilised.

Russia, traditionally closer to Armenia, has been careful not to intervene, except diplomatically, and was responsible for building the ceasefire which came into effect on 10 October. Unfortunately, it did not hold, and the short-term prospects for a peaceful resolution of the conflict look dim.

An urgent need for a new ceasefire

The OSCE established the Minsk Group in 1992 explicitly to mediate the Nagorno-Karabakh conflict. While it has had some small successes over the years, it has not been able to overcome the deeply held ethnic and territorial enmities. Its Madrid Principles in 2009 were ultimately rejected by spoilers on both sides, each demanding greater concessions from the other.

The Madrid Principles themselves were based on the OSCE’s Helsinki Final Act, an important code of conduct established in 1975 between East and Western Europe. Elements of the Helsinki Final Act were incorporated into the Madrid Principles, namely the principles of the non-use of force, of territorial integrity and of the self-determination of peoples. The Helsinki Final Act is often incorrectly seen as having cemented the borders in Europe during the Cold War, but in reality while it generally affirmed the inviolability of borders, it also made clear that borders could be changed peacefully and in accordance with the wishes of a region’s inhabitants.

This leaves open the possibility of territorial revision, via peaceful means, and especially if this was a manifestation of the self-determination of the majority Armenian ethnic population. At the same time, protection of minorities is also essential: Azeris within Nagorno-Karabakh deserve full protection.

For the moment, however, any kind of territorial adjustment seems a long way away. What is required urgently is for a new ceasefire to hold, for the delivery of humanitarian assistance to the war-ravaged regions, for a pledge to resume negotiations soon, and for the involvement of OSCE and UN observers and peacekeepers.

Regional partners have a role to play in urging a peaceful settlement, and encouraging all sides to keep talking. In the interests of maintaining regional stability, Turkey in particular should refrain from abetting further warfare. So far, however, Erdogan seems likely to inflame rather than de-escalate the crisis.