It’s fashionable to be pessimistic about the India-Australia partnership, but in fact it is steadily improving. 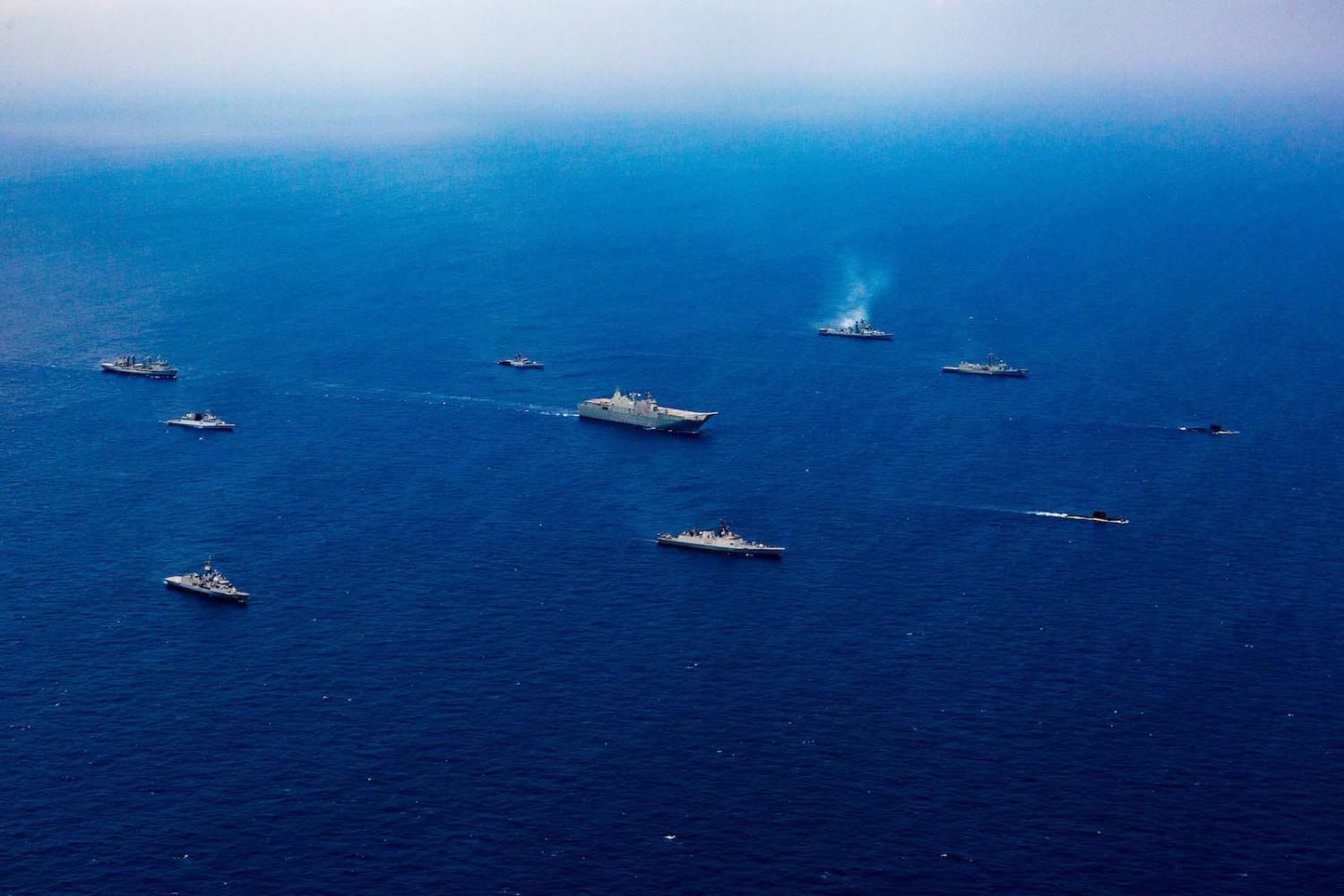 The Quad – the grouping comprised of Australia, India, Japan, and the United States – held its first stand-alone foreign ministerial meeting this month in Tokyo. In the words of one Australian analyst, the grouping that once faltered and restarted with a crawl now finally stands on its two feet, ready to take some strides.

Often lost amid the copious commentary on the Quad, however, is how it has been both a test and a catalyst for improved Australia-India security cooperation.

It’s fashionable to be pessimistic about the India-Australia strategic partnership. Ask most observers of strategic affairs in Canberra and New Delhi, and they’re likely to characterise the relationship as long on promises and short on deliverables. A lot of it has to do with the two countries’ troublesome history. For more than half a century after India’s independence in 1947, India and Australia talked past each other. Antiquated stereotypes have persisted, and ties are still subject to some unrealistic expectations. (“When will India become a driver of the Australian economy like China?” goes one. “Why is India resistant to joining the US alliance network in Asia?” runs another.)

The reality, however, is both more prosaic and more promising. Since 2000, the two countries have developed a steadily improving security relationship, in part because they have managed to put their past differences behind them. Their contrasting security priorities and approaches to foreign relations diminished following the end of the Cold War. India’s nuclear program, once the subject of international sanctions, went mainstream, resulting in normalisation with Australia after 2007.

There were still some hiccups: Australia’s ban on uranium was reimposed with a change of government and only lifted in 2011 after a heavily contested debate in the Labor party. Around the same time, trade and economic ties grew, and social and cultural links proliferated. Notably, educational exchanges increased rapidly, despite controversy in 2009–11 over violence directed at Indian students.

Now that a platform has been established for strategic relations between two large and capable democratic powers in the Indo-Pacific, the two countries have an opportunity to build on them further.

The 2000s also saw new reasons for India and Australia to contemplate a deeper security relationship. The first was shared concerns about China’s rise and assertive behaviour, which was increasingly being felt in the Indian and Western Pacific Oceans. A second concern involved regional institutions, which at times proved inadequate. Cooperation on developing new regional or issue-specific institutions, setting normative standards, and coordinating approaches on global issues assumed a greater urgency. Third, there was also an undercurrent of concern about the United States’ ability and willingness to play the role of regional security guarantor, necessitating stronger coalitions between so-called “middle powers”, including not just Australia and India, but also Japan, Indonesia and France.

These convergences of values and interests resulted in a succession of important developments in bilateral security cooperation beginning in 2000. That year saw the first defence talks between the two countries and the visit of Australian prime minister John Howard to New Delhi, signalling a return to normal relations following India’s 1998 nuclear tests. Senior foreign ministry and strategic conversations began soon thereafter, as did incipient military contacts such as service chief visits, port calls and Australian observers at multilateral maritime exercises hosted by India. In 2004, the two countries, along with the US and Japan, conducted ad hoc relief operations following the devastating Indian Ocean tsunami.

Relations briefly intensified after 2006. The two countries signed initial agreements on defence cooperation and the sharing of classified information. In 2007, the first quadrilateral dialogue was held at a working level, and Australia took part in the Malabar naval exercises. This was followed by a slight lull, but between 2009 and 2012, the two countries initiated a strategic partnership, bilateral trade talks and civilian nuclear negotiations. In 2013, A.K. Antony made the first visit by an Indian defence minister to Australia, and the next year Australia participated in India’s Milan naval exercises.

A third, and more robust, phase of bilateral security relations began in 2014. In the years since, agreements on security cooperation, civil nuclear cooperation, “white shipping” (commercial shipping) and mutual logistics support have been concluded. Military exercises were established, including the two navies’ AUSINDEX and the armies’ AUSTRAHIND. India participating in the Australian-hosted RED FLAG air force exercises for the first time. Specific dialogues were initiated on coast guard cooperation, defence research and development, maritime security, and supply-chain resilience. Trilateral dialogues involving the Japanese, Indonesian, and French governments also got off the ground.

The centrepieces of high-level strategic engagement, however, were the establishment of a “2+2” dialogue and the resumption of the quadrilateral dialogue in 2017. In 2019–20, both were upgraded to ministerial conversations. As a consequence, India and Australia today have a wide-ranging defence partnership, although each element remains in an early phase.

The relationship, however, confronts some challenges. The two countries naturally have different priorities and worldviews, based on their different histories, geographies and economies. They also have different capabilities, although these can at times be complementary. Their strategic and economic relationships also remain distinct, with Australia much more dependent on the US for its security and on China for its economy than India in either case.

These difficulties are not impossible to overcome. But now that a platform has been established for strategic relations between two large and capable democratic powers in the Indo-Pacific, the two countries have an opportunity to build on them further. One way is to prioritise their consultative mechanisms, amid their recent proliferation. The range of working-level, bilateral and trilateral dialogues will be difficult to sustain, given limited capacity and schedules. A second priority will involve improving interoperability. This might require, for example, concluding a secure communications agreement, as India has done with the US. Beyond that, further steps can be taken to solidify the strategic relationship, including in defence technology collaboration, economic and trade links, and social contacts.

Should India-Australia ties continue to develop at their recent pace, the relationship could yet evolve into one of the most important regional partnerships in the Indo-Pacific.

Previous Article
The Nagorno-Karabakh conflict: Increasingly deadly and destabilising
Next Article
New Zealand’s landslide election and the challenges ahead

Values play a proportionately larger part in the conceptualisation and practice of Australian foreign policy than is the case in most other Western democracies
Mark Blaine, Francois Vreÿ 29 Oct 2020 13:30

Piracy and smuggling are already a menace. Add a budding Islamist insurgency, and far-reaching implications may follow.
Angela Lehmann 14 Oct 2022 05:00