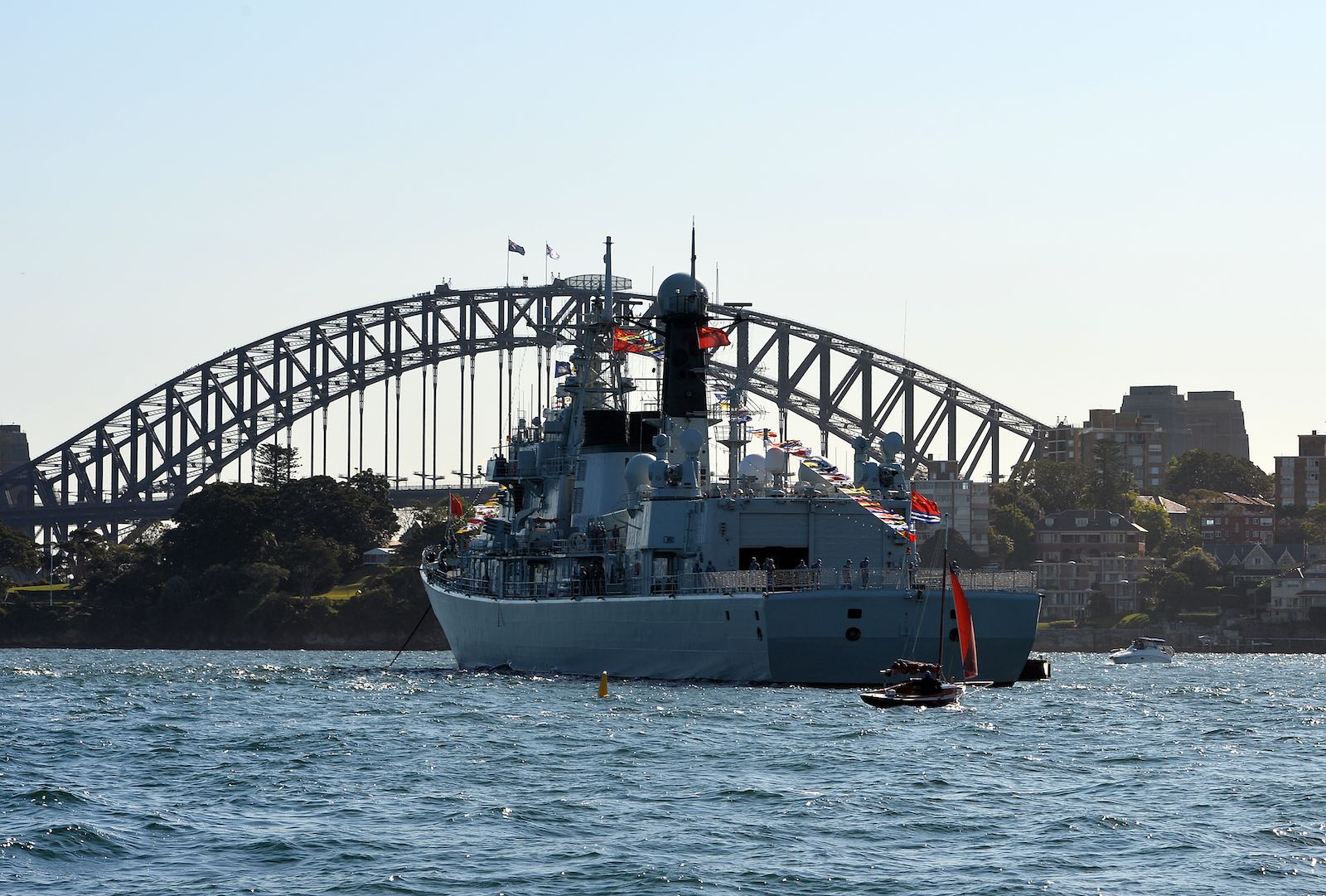 China has dominated Australian media over the past week. Warships, baby milk formula, Hong Kong protests, the US China trade war, the list goes on. Politicians, academics, commentators and journalists are all weighing in.

Confusing at the least, damaging at the worst, the result is chaotic messaging on Australia’s relationship with China.

The chaos kicked off when the Chinese People’s Liberation Army Navy vessels pulled into Sydney Harbour. The PLAN “showing of the flag” stunned many, but was an otherwise standard practice steeped in naval tradition. Australia regularly carries out such visits.

Earlier this week, HMAS Toowoomba conducted a port visit to Phuket in Thailand. A friendly soccer match was played between the Thai Navy and Toowoomba’s teams. Sport matches played during a show of the flag is a fine example of sports diplomacy that is often overlooked.

Despite the PLAN visit not being unusual activity, many argued the visit to Sydney was insensitive to the 30th anniversary of Tiananmen Square. The symbolism of Chinese war vessels was uncomfortable for others.

On one hand, Liberal Senator and former International Development minister Concetta Fierravanti-Wells accused Prime Minister Scott Morrison of “kowtowing” to China. On the other hand, former Minister for Defence Christopher Pyne called the response to China’s arrival as “ignorant paranoia”. Both Fierravanti-Wells and Pyne’s views are worth careful consideration, and both raise more questions than answers.

Is the state premier normally informed when a foreign vessel shows the flag? Does the government announce all foreign navy visits? Are we treating China differently to other countries?

In an attempt to get to the bottom of this, Defence Minister Linda Reynolds has initiated a review into announcement protocols for foreign vessels. The promise of a review should have put the issue to bed. However nothing is that simple in Australia-China relations. Further controversy arose over what the foreign media has described as “a bizarre row”.

During their visit to Sydney, sailors took the opportunity to buy a stock pile of baby formula. Bordering on comical, headlines such as “Chinese warships loaded with Australian baby formula before departure” were the clickbait of choice. Articles were written as though Australia’s sovereignty was undermined by China’s desire to consume Australian milk powder.

Conversely, it was then reported that despite tightening regulations in China for imported infant formula, one company has doubled in size year-on-year since 2014. China accounts for 80% of sales and while also diversifying its overseas markets will continue to grow sales in China.

The more we are distracted by baby formula hysteria, the less we are focused on more pressing tensions that have real consequences for Australia.

Chinese state media hit back calling the response to the baby formula scandal as “hysteria”. Such analysis is probably not wrong, but it is unhelpful.

This is by no means an exhaustive list of coverage of the PLAN visit, but it demonstrates the confusing nature of commentary about Australia-China relations. The more we are distracted by baby formula hysteria, the less we are focused on more pressing tensions that have real consequences for Australia.

An estimated one million people marched on Hong Kong to protest an extradition bill that genuinely undermines the independence of the special administrative region of China. This has consequences for Australia, especially given our shared interests in the rule of law.

US President Donald Trump this week threatened China’s President Xi Jinping with further tariffs if Xi refuses a meeting with Trump at the G20 later this month in Osaka. Following the experience at the 2018 APEC, when no Leaders’ Declaration was agreed upon, 2019 could offer yet another example of the undermining of multilateralism.

Tensions between Australia and China are not going to evaporate any time soon regardless of whether they are based on myth, misunderstanding or reality. The Australian media, in a time when so much attention is paid to ensuring balance and rigour, also need to understand this in how they report on China.