Outbursts of patriotic consumer outrage has become an increasing risk for foreign businesses in China. 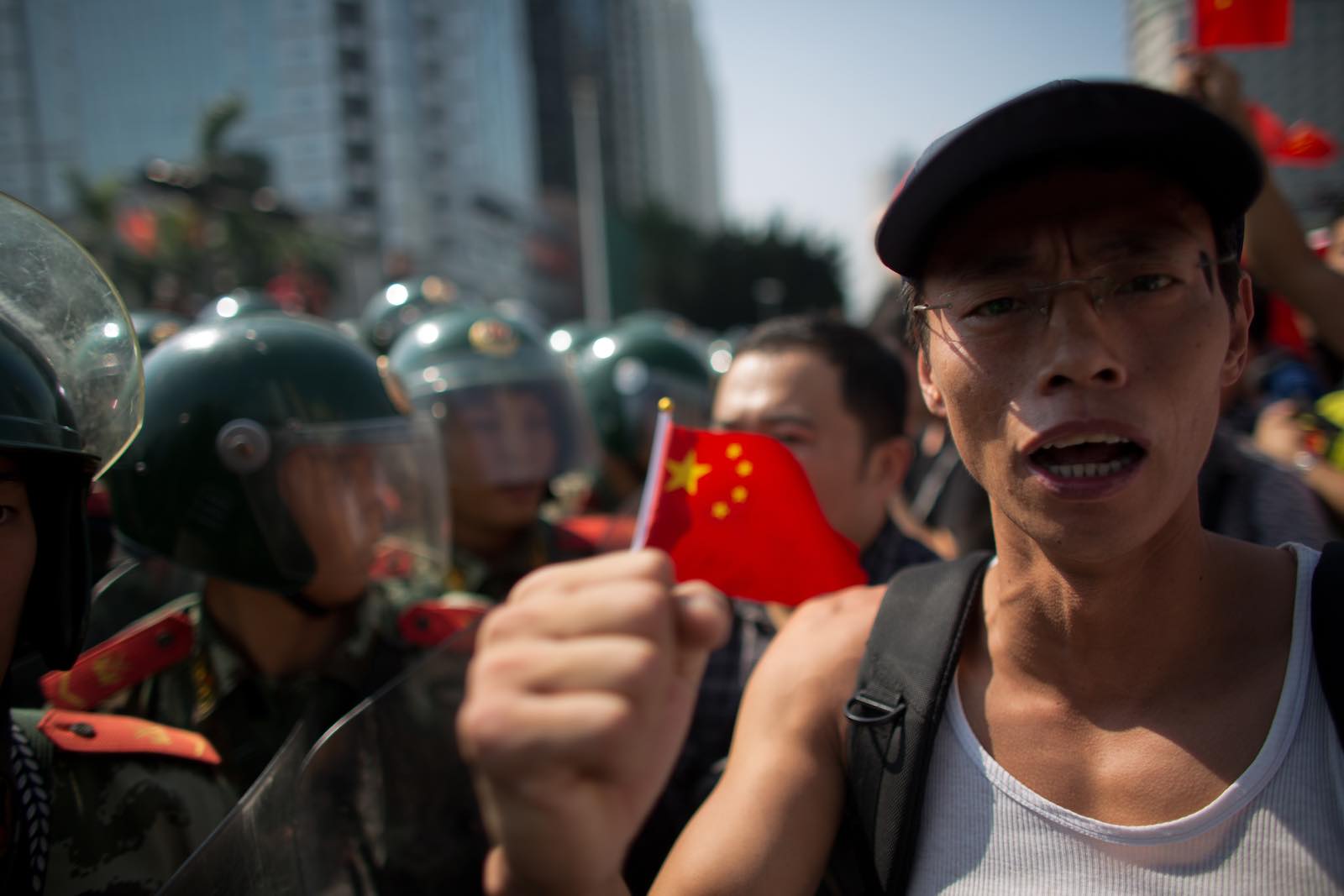 In June, a controversial statement from a UBS economist set off a firestorm in mainland China, causing serious trouble for the Swiss banking behemoth in one of its most important markets. Nationalist anger circulated on Chinese social media. The company apologised for the remarks and placed the economist on leave. Yet UBS still suffered consequences to its business, as outrage over the comments led leading Chinese brokerage Haitong International Securities to suspend all business with the firm, and for a major Chinese state-owned construction firm to remove them from their role in a US-dollar bond deal.

What is most remarkable about this series of events, however, is that the statement which sparked the controversy in the first place was, in fact, not derogatory in any way. The comment in question was made by Paul Donovan, chief economist of the firm’s wealth management division, who when asked about the impact of the African Swine Flu epidemic on pork prices in China, responded:

Despite the fact that Donovan was quite obviously speaking of literal swine in China, many interpreted his statements as a racist insult, calling Chinese people “pigs”.

While this is perhaps the most the most extreme example, nationalist outrage towards foreign brands for real or perceived offenses to China and Chinese appears to have reached something of a fever pitch over the past year or so, causing many multinational firms to operate with extreme caution when dealing with the world’s second-largest economy.

Japanese sports drink Pocari Sweat has become one of the more recent targets of mainland online activism, after their Hong Kong branch pulled advertising from a pro-Beijing TV station, leading to the beverage becoming the unofficial drink of choice for Hong Kong’s protest movement. As the US government has ramped up pressure on Huawei, Chinese netizens have responded by calling for a boycott of Apple products, further threatening the company’s position in a market where their brand has already shown signs of losing its allure.

Both the levels of wrath that foreign companies receive from the Chinese public, and the reasons for it, can vary greatly. Marriott came under fire in 2018 for listing Chinese-claimed regions such as Tibet and Taiwan as separate countries in a customer questionnaire, resulting in an investigation from Chinese authorities for possible violation of the country’s cyber-security law. After a tone-deaf advertisement, followed by derogatory comments from founder Stefano Gabbana in late 2018, Dolce and Gabbana still appears to be suffering in the world’s largest luxury goods market.

While foreign firms have long been valuable allies for China, the possibility of a consumer base that could turn hostile at any moment is an additional strain on an already-weakening relationship.

However, the firm that seems to have suffered the worst fate in recent memory is South Korea’s Lotte Group, who after investing a total of over $6 billion in China since entering the country in 2004, announced it would be withdrawing from the market earlier this year. This came after the company was unable to recover from a crippling boycott which resulted from China’s displeasure with the South Korean government’s decision to install an American anti-missile Terminal High Altitude Area Defense (Thaad) system.

What is old is new again

While China’s recent diplomatic tensions may be leading to a recent spike in the phenomenon, nationalist consumer activism in the Middle Kingdom is nothing new. In a situation with more than a few parallels to the present day, a broad coalition of Chinese interest groups organized a boycott of American goods in 1905.

The collective action was driven by dissatisfaction both at home and abroad. After decades of conflict both internally and with foreign powers, the reigning Qing dynasty was on the verge of collapse, and a cohort of young, worldly, and educated Chinese were becoming increasingly aware of the injustice they faced at the hands of western imperialism. Local merchants were growing frustrated by their inability to compete with their American counterparts, some of whose prices were kept artificially low.

However, it was the treatment of Chinese immigrants in the US, and growing awareness of it in China, which seemed be the cohesive force which brought the disparate groups together. Anti-Chinese legislation such as the Chinese Exclusion Act of 1882, the Scott Act of 1888, and others unfairly targeted Chinese immigrants. Stories of harassment and violence of Chinese groups and individuals in the US were well-known, including that of the harassment of a member of the Qing dynasty’s royal family by local law officials when he was visiting the St. Louis Exposition in 1904.

The sentiment behind the boycott movement was described by former US Secretary of State John W. Foster, writing in The Atlantic Monthly in January 1906:

The boycott movement owes its initiative, not to the Chinese government, but to individual and popular influence, and is almost entirely the outgrowth of the ill-feeling of the people who have been the victims of the harsh exclusion laws and the sufferers by the race hatred existing in certain localities and classes in the United States.

Foster added, “We cannot expect China to do us justice unless we do China justice. The chief cause in bringing about the boycott of our goods in China was undoubtedly our attitude towards the Chinese who come to this country.”

Despite attracting the attention of senior US officials, the Chinese collective action would fail to achieve its aims. While the boycott did not last much longer than a few months, exclusionary policies towards Chinese immigrants in the US would continue for decades.

Both then and now, a delicate balancing act for China’s rulers

The anti-American boycott of 1905 placed China’s Qing rulers in a delicate situation. While the bottom-pressure provided leverage for the weakened dynasty in negotiating with the rising American superpower, such popular uprisings could quickly get out of hand. Only five years prior, the Boxer Rebellion, another anti-foreign uprising, resulted in an invasion of the country by an alliance of eight nations and the signing of the Boxer Protocol, considered one of the “unequal treaties” that mark what China considers to be its “century of humiliation” at the hands of foreign powers.  Ultimately the Qing court eventually condemned the boycott, which fizzled out not long after.

China’s Communist Party is regularly faced with walking a similar line. However, unlike the imperial court of the weakened Qing dynasty, the modern CCP is far more adept at harnessing nationalism to solidify its legitimacy. In the wake of the 1989 Tiananmen massacre, the regime implemented a patriotic education campaign, establishing a narrative which firmly places the Party as the indispensable defender of the Chinese nation from hostile foreign aggressors. Since coming to power in 2012, Xi Jinping has made nationalism central to his claim to power, as he seeks to achieve a “rejuvenation of the Chinese nation”.

The Party’s increased bravado, coupled with the rise of social media, have contributed energy to an online community of strident nationalists who are more than willing to mobilize the country’s massive consumer base against companies who they perceive to have disrespected their motherland, often with the indirect – or even the direct – support of the government.

“It often operates in a feedback loop between the government and online nationalist communities”, explains Pál Nyíri, professor of history at Professor of Global History from an Anthropological Perspective at Vrije Universiteit Amsterdam.

State media may encourage such consumer nationalism by bringing attention to it. And in a country that so tightly controls its online spheres, we can assume some degree of at least tacit support simply by the fact that such actions are allowed to continue on the Chinese web.

In some situations, the Chinese government has played a more direct role in inflicting economic pain in the service of its national interest. In late 2017, China effectively implemented a tourism ban on Palau, in an effort to pressure the tiny island nation to switch its diplomatic recognition from Taiwan to the People’s Republic of China, and has been known to use a range of tools to increase or decrease flows of Chinese tourists to certain countries depending on the current state of diplomatic ties.

However skilled the Party has become at leveraging the economic clout of its nationalist spenders, an overreliance on such an approach can quickly spiral out of control. Amidst a 2012 territorial dispute with Japan, rage in China towards their historical rival escalated to the point where Chinese-owned Japanese cars were vandalized, and their owners assaulted.

Yet perhaps the greatest risk of self-harm caused by China’s consumer nationalism is one that is more chronic. While foreign firms have long been valuable allies for China, the possibility of a consumer base that could turn hostile at any moment is an additional strain on an already-weakening relationship. As China faces growing diplomatic challenges abroad, pressure from a nationalist public to appear strong in every circumstance limits the options at their disposal.

China’s government has been turning up the heat on its nationalism. It has yet to be determined if, or how badly, they will eventually be burned.