By installing an old-school party functionary as its chief liaison, China shows where it stands on reform. 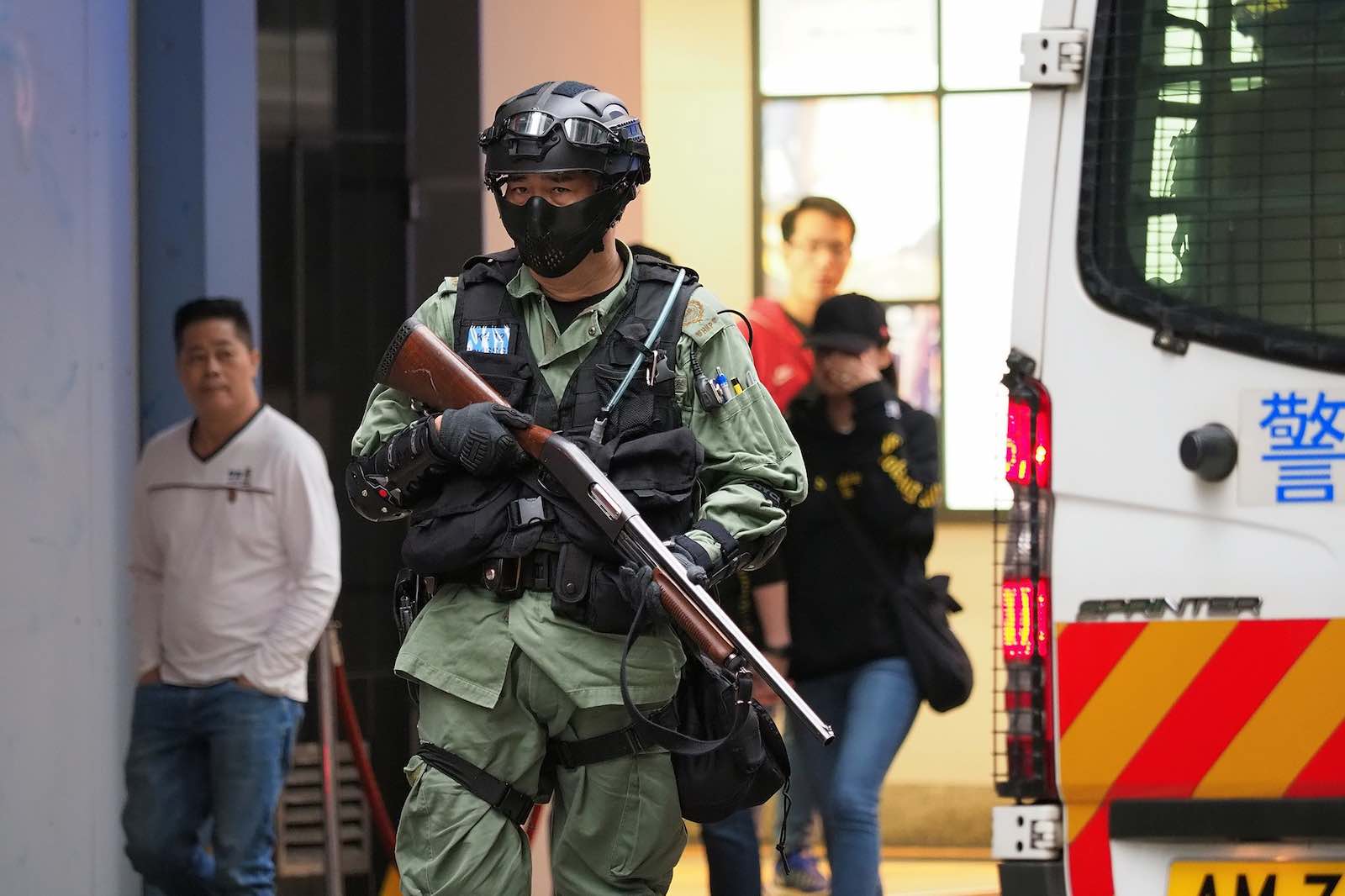 Messaging, as anyone knows, is a big part of politics. In Zhongnanhai, the Communist Party headquarters in Beijing, messaging is a form of gospel. A strong storyline, no matter how twisted the truth becomes (e.g., Uighurs and “education camps”), is central to much of what goes on there, and President Xi Jinping is clear that narrative is a powerful force if he and the Chinese Communist Party are to have a future. So while Hong Kong’s enduring protest movement marches into 2020, Beijing needs a story for the troublesome region.

Now the story has a name: Luo Huining.

Beijing could have gone a number of ways in choosing its chief representative office in Hong Kong as the demonstrations rolled on and on. In the wake of the failed (in Beijing’s terms) district elections in November, in which pro-Beijing parties were decimated, something needed to be done. That the incumbent Beijing representative in Hong Kong, Wang Zhimin, had to go was not really a surprise. It was a question of who would replace him, and when, that was the interesting part.

Sending in a fresh-faced up-and-comer would have signaled a willingness to settle in for a long period of demands and counter-demands, a sign to the protesters that Beijing was taking a longer-term view of Hong Kong.

Most China-watchers were surprised that it was Luo Huining. Born in 1954, Luo is one of the multitude of functionaries in China who toe the line, do what they’re told, genuflect to the right people, and, with a bit of luck, move up the party hierarchy slowly and steadily. His big break came in 2016, when was made Party Secretary in the central province of Shanxi. Known as the coal mining heart of China, Shanxi has strong historic ties with the People’s Liberation Army. It was at the time rife with corruption and sloshing with graft money. His job was to sort it out, in keeping with Xi Jinping’s much-heralded anti-corruption drive.

He was appointed a full member of the Communist Party’s Central Committee in 2017 and was on the retirement beltway, as is common for higher-ups after 65, and heading into the sinecure of pre-retirement for party heads.

All sounds fairly ordinary. But then he got the tap on the shoulder for the Director of the Central Government Liaison Office in Hong Kong, Beijing’s man in Hong Kong. No sinecure just yet. He had, apparently, only been to Hong Kong once prior to the appointment, and few in Hong Kong had ever really heard of him.

While many try to assess the reasoning for the appointment, it seems clear the messaging is at least as important as the posting itself.

For one, Luo is heading for retirement. He has no need or time for creative thinking or radical policy shifts. He has no space to evolve any new approach to Hong Kong or to allow any deviation from the strict party line. He certainly has no desire to give the protest movement anywhere to go, or to listen to its demands.

Sending in a fresh-faced up-and-comer, for instance, would have signaled a willingness to settle in for a long period of demands and counter-demands, a sign to the protesters that Beijing was taking a longer-term view of Hong Kong. This is a posting that is about stability and steadiness, not negotiation or rapprochement. It’s about confirming that what Hong Kong has now is what it will get, nothing more. There will be no changes to Beijing’s approach to Hong Kong. Luo’s appointment says “We will not budge. We will see off the protests, and then we will work out our next, more permanent, appointment.”

Second, Luo is, if we can be blunt, a party hack. He is someone Xi can rely on to carry the party line surely and without wavering, even if only because he has one eye on a cushy retirement that rests on the party’s continued power. He knows how the party works, and more to the point, what it needs – and what Xi needs (which is often the same thing).

Third, the fact that Luo has worked in Shanxi is not insignificant. This is a grimy, landlocked, and somewhat backward region. It is rife with heavy industry and mining, and there are many state-owned enterprises (SOEs) and/or military business operations there. As such, it is a murky area, needing someone able to get his hands dirty to knock it into shape. Luo was able to bang heads together, maintain the party line and discipline, and make high profile arrests.

Luo’s Shanxi reference point sends the message that Beijing sees the protests as a form of corruption – something that is untenable and that will be stamped out by whatever means available (i.e., whatever Beijing can get away with in media-savvy Hong Kong).

Since the protests began, Beijing has been keen to own the narrative. Luo’s appointment is part of the bigger picture of shaping the parameters in which the Hong Kong protests are seen, most importantly by the protesters themselves. The Hong Kong authorities and the moves from Beijing are intended to highlight the fact that nothing will change in Hong Kong, despite all the street activism. Beijing has been carrying the message all along that it will wait this out, until the protesters tire out, are scared off, lose shape, or end up in jail.

Beijing’s angle is clear: this is an unjust revolt, and there will be no reform in Hong Kong. On this point, they’ve been nothing if not consistent. Luo Huining’s appointment to the Hong Kong liaison office is meant to demoralize the protest movement and to underline this core message.