North Korea's nuclear deterrent needs to be acknowledged for talks to resume. 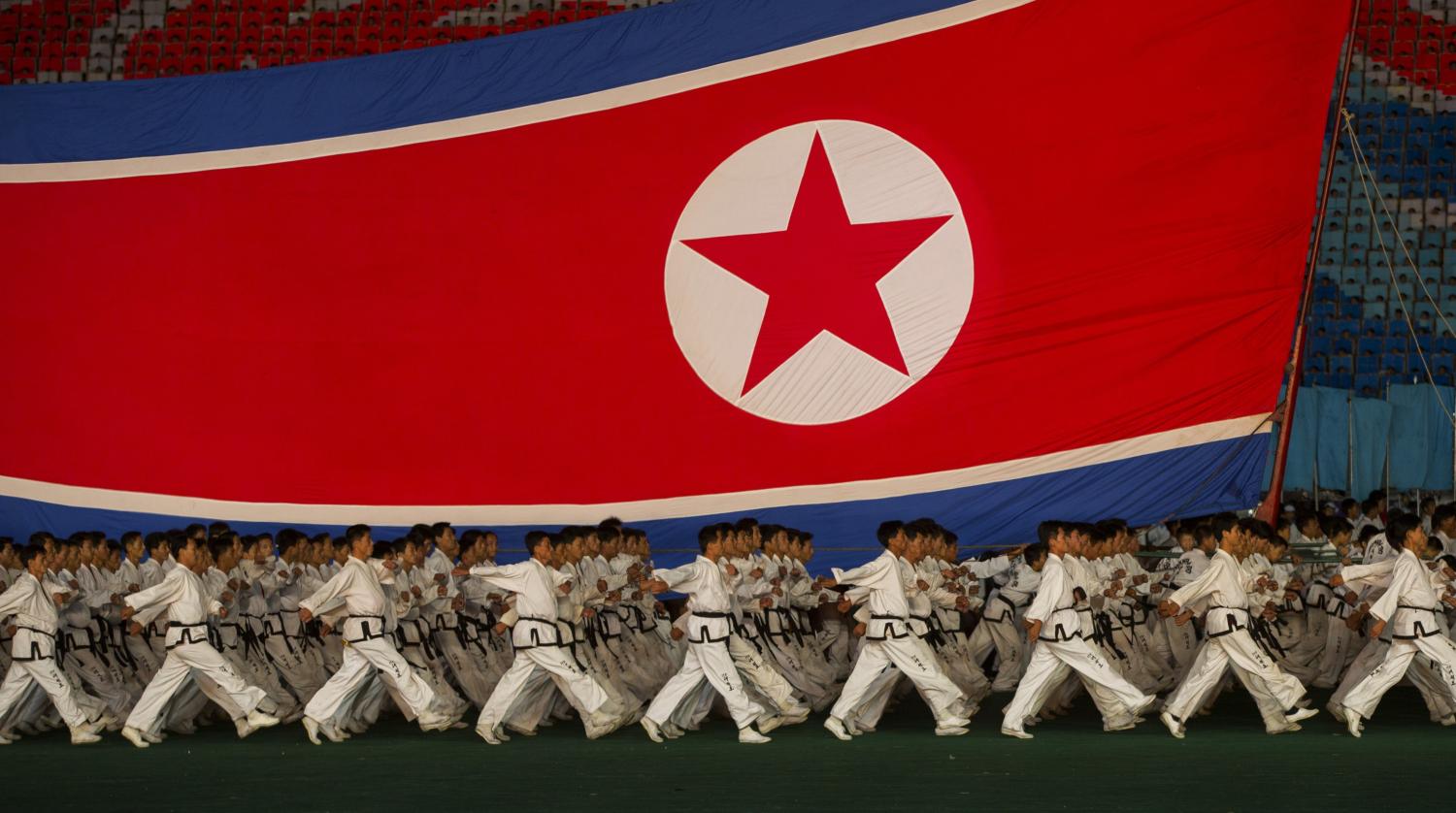 After North Korea’s latest nuclear test, it is a clear a new status quo is evolving on the Korean Peninsula. According to North Korean sources, the nuclear detonation on 9 September, the fifth since 2006, involved an almost-standardised nuclear warhead. While the accuracy of this claim is open to question, three trends cannot be ignored:

Since the discontinuation of the Six-Party Talks in 2009, relations on the Korean Peninsula have not been governed by any kind of modus vivendi. This needs to change, and the onus is on the US and South Korea to be creative and define new policy priorities. A fully established nuclear deterrent cannot be ignored. A new modus vivendi is needed and that can only evolve through talks, but talks can’t take place until the new status quo is recognised.

At this point, from a conflict-resolution perspective, two types of status quo need consideration if negotiations are to restart. These are: the acceptance of North Korea as a de facto (not de jure) nuclear power; and the recognition of the de jure sovereignty of North Korea’s government.

Three key objections are commonly made to any proposal to engage with North Korea, but each can be used to make the case for accepting a new status quo.

The Korean Peninsula has changed

First, opponents of engagement insist that North Korea’s nuclear and ballistic missile tests were an act of provocation that violated international agreements as well as UN Security Council Resolutions. But this normative legalistic stance ignores the implications of the changing security situation on the Korean Peninsula.

In recent years a status quo, or, more precisely, an established mode of conduct that would to some extent meet the security needs of all sides, has been almost non-existent. Instead we have are in a cycle of assertion and counter-assertion. This is due to a range of factors. Historically, the status quo was regulated by the 1953 inter-military Armistice Agreement. This agreement survives but is inadequate in light of changing military technologies and political realities.

Competition between the US and China has changed the strategic landscape in East Asia and created an unfavourable strategic environment for North Korea. China has also gradually reconsidered its approach towards Pyongyang. While its main priority is still stability, Beijing has decided that North Korea’s nuclear program does not help to achieve that goal. In the course of China’s policy changes, Pyongyang’s strategic uncertainty about China’s intentions (and its possible cooperation with the US) has increased.

Since George W Bush's Axis of Evil speech in 2002, the narrative within the US has been about regime collapse or change, and the illegitimacy of the rule of the Workers Party (WPK) under Kim Jun-un. This raised security concerns and strategic uncertainty on the Peninsula. Cycles of reaction and counter-reaction set in that were followed up by tactical responses perceived as provocative by all sides. Talks came to a standstill and a sustainable diplomatic process became impossible.

Since the Six-Party Talks came to an end in 2009, the US has redefined its priorities. The Obama Administration’s policy of ‘strategic patience’ towards North Korea showed the US placed a higher priority on issues in South Asia and the Middle East. When the Administration did focus on North Korea, its attention was squarely on the single issue of denuclearisation, an approach which ignored other important security issues and trends.

We can’t wait for Kim Jung-un to fail

The second objection commonly made to engaging with Pynogyang relates to the human rights situation in North Korea. Humanitarian concerns have made it difficult to publicly acknowledge the party’s leadership under Kim Jung-un as a negotiating partner. Some believe it would be advisable to wait for the government’s demise or collapse. But leaving things to circumstance might lead to even less desirable outcomes. Autocratic systems usually have chronically unconsolidated leadership structures. Leaders are highly alert and geared towards survival.

There is deep-seated mistrust in North Korea's leadership about the intentions of other international players and Pyongyang has repeatedly asserted its military strength in order to pre-empt any interventionist or regime change ambitions. At home, the leadership has had its back to the wall due to ongoing supply bottlenecks, a more demanding and privileged economic class, and competition between Party and military elites. In recent years, balancing these power relations has also made the leadership more suspicious about external interference, including from China.

In such a setting, engagement-oriented diplomacy faces a dilemma. Increased economic and diplomatic engagement policies are politically difficult to justify because they might be viewed as rewarding North Korea. It is true that accepting the regime as a negotiating partner might help stabilise it. Yet a more confident North Korean leadership is more likely to lead goal-oriented negotiations, while further cornering of the leadership in Pyongyang will inevitably result in more social grievances and stricter rule.

We don’t need to trust them to speak to them

The third and chief reason given to justify the policy of not engaging with North Korea is a lack of trust. Soft confidence-building measures such as family reunions were not sufficient to allay security concerns on all sides. Even positive engagement such as the Kaesong Industrial Complex could not, in the end, hide the fact that security measures were more important to Pyongyang than economic engagement.

If security building measures are to be sustainable, they need to be reciprocal and part of a well-sequenced and comprehensive peace process. Imbalances in technological development, particularly between the US and North Korea, have made such reciprocity impossible. With the employment of the THAAD interceptors, US-South Korean advantages in conventional warfare will only be enhanced.

A preliminary recognition of a status quo based on nuclear deterrence would fill this gap and provide a level playing field in security affairs. Such an approach will certainly involve risks, especially for South Korea, which would be forced to reconsider its stance on developing its own nuclear weapons program.

So far South Korea has relied on the security alliance with the US and is party to various treaties restricting nuclear-weapons production. And officially the South Korean Government has rejected any moves toward deploying nuclear arms. Yet it possesses the technical capacity to produce nuclear weapons, and has revised its policy on reprocessing spent nuclear fuel. Redeployment of US tactical nuclear weapons remains an option.

In sum, the acceptance of a new status quo would help to circumvent the trust deficit. The hitherto confrontation-based status quo will need to be transformed into a cooperation-based one to lay the foundation for renewed talks. Accepting a new status quo means accepting the inevitable – a North Korean missile-based nuclear-weapons capability. But it is better to make decisions now before being forced in that direction.

Previous Article
Should Australia be more like Canada?
Next Article
Keeping expectations for the Australia-Indonesia relationship in check

There’s a reason why gender inequality and state conflict go hand in hand, a denial of which erodes democracy.
Bob Bowker 12 Oct 2020 06:00

A new book from an Obama insider considers the repeated failures of outside overthrow in the Middle East.
Milton Osborne 8 Jan 2019 10:00

Speculation about succession by Hun Sen’s eldest son is an interesting talking point – that could go on a while yet.