Keeping expectations for the Australia-Indonesia relationship in check 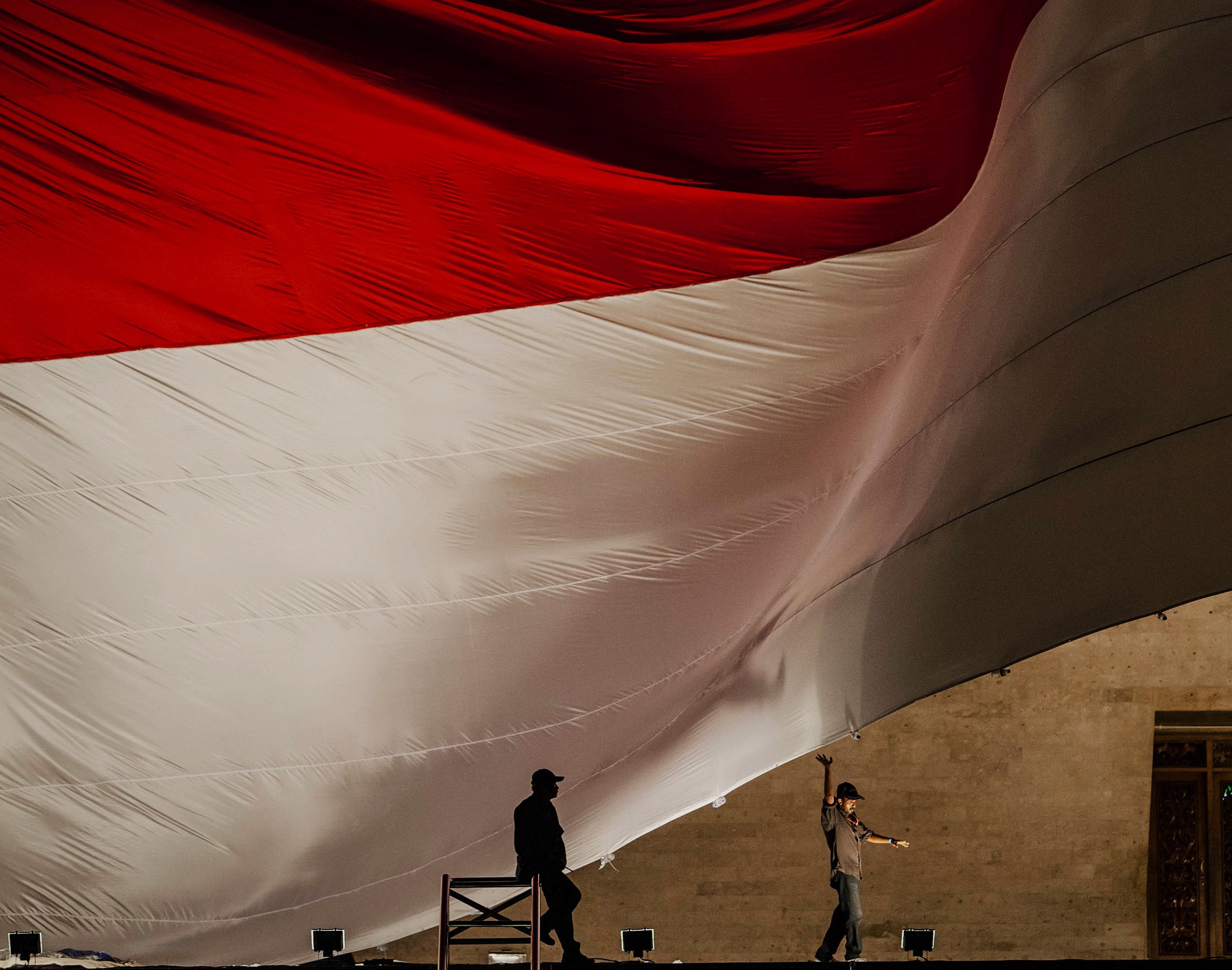 Indonesian President Joko Widodo’s first state visit to Australia begins on Sunday at a time when bilateral cooperation is wider and deeper than at any point since the referendum in East Timor, and Australian feelings toward Indonesia are at a high.

That so much can be said for the relationship at this point in time is remarkable, given that Jokowi’s visit (which was initially scheduled for June but postponed due to the Australian election) comes just over two years after he took office and 18 months after the seven-decade relationship dipped to one of its lowest points in memory following the executions of Australians Myuran Sukumaran and Andrew Chan for drug trafficking.

In our annual Lowy Institute poll, conducted in February and March 2016, Australian feelings toward Indonesia registered 54º, equalling its highest mark in our eleven years of polling. This demonstrated a remarkable recovery from the 2015 poll, when Indonesia registered 46º, its lowest mark (eight-point swings such as these are highly unusual in the history of the Poll’s thermometer). Over nine out of ten Australian respondents said they believed the relationship to be important or very important.

Cooperation on a range of issues between the two governments has resumed or continued apace. New areas of cooperation, such as in cybersecurity and counter-terrorism financing, have opened up. Relationships between ministers and their counterparts are generally good, particularly between Australian ministers and two of Jokowi’s closest advisors, Coordinating Minister for Maritime Affairs Luhut Panjaitan and Investment Promotion Authority Chairman Tom Lembong. Foreign Minister Julie Bishop says she’s 'text buddies' with her counterpart Retno Marsudi, and Jokowi has remarked to aides that Turnbull left a positive impression on him during his visit to Jakarta last year.

Given the unprecedented goodwill between the Australia and Indonesia, and the likelihood that another crisis will emerge in time, it is worth asking what more can be done to take advantage of this moment. Though there are a variety of opportunities for further cooperation in specific fields, such as the excellent work that has been done by Melbourne’s Australia-Indonesia Centre in the fashion industry and other cultural activities, two broad areas dominate the bulk of the discussion: trade and investment, and the strategic situation in the region. But it is important to keep expectations for progress on both reasonable.

It has become a koan of bilateral talkshops to note that the economic relationship is underdone, and that Australia does more trade with New Zealand than Indonesia. Both governments have undertaken substantial efforts to increase engagement on trade and investment in recent years.

But on trade, there is little to be done on a bilateral basis and some reason to question whether it is worth doing. The greatest obstacle to trade is Indonesian protectionism, on which Australian officials and others are always fighting a rearguard action. Even then, as large resource exporters, the Indonesian and Australian economies are not particularly complementary. Where they are complementary, on agriculture, Australia’s advantages serve to exacerbate longstanding Indonesian fears about dependence on others for its food security, and add tension to the relationship.

Jokowi’s focus on attracting investment in maritime infrastructure would argue for a focus on developing Australian investments in Indonesia. But Indonesia’s inadequate infrastructure, endemic corruption, and legal uncertainty are all major obstacles to greater Australian investment (this tends to push investment toward the politically sensitive resources sector, where Indonesians often perceive foreigners as looters of the national patrimony, thus creating additional political tensions in the relationship).

As a result, the pace of progress on trade and investment will be set by the speed of economic and legal reforms in Indonesia, which have slowed after encouraging noises out of Jakarta early on. Australian policy can do no harm by insisting that ongoing negotiations toward a Comprehensive Economic Partnership Agreement (CEPA) result in a high standard agreement (in which Indonesia must make reforms on matters such as the competitive advantages that its state-owned enterprises receive, and protectionist localisation regulations) rather than quickly concluding an agreement for the sake of concluding an agreement, or for the sake of temporarily resolving discrete sectoral issues, such as in the live cattle trade. But this is likely to be a long slog, not a quick win.

There is some space for greater cooperation, too, on the strategic situation in the region. Australia and Indonesia are two large resource exporters with a profitable economic relationship with China, but also similar concerns about the nature of Beijing’s statecraft as it acquires more power. Australian and Indonesian elected representatives’ perspectives on the challenges presented by China’s rise have more in common than they often realise. Discussion between Turnbull and Jokowi and their ministers on this visit offer an opportunity to get on the same page.

But Australia and Indonesia are not yet (as Gary Hogan argued in these pages a few days ago) returning to a level of strategic alignment reminiscent of the Cold War. Nor are they likely to do so. Indonesian officials, particularly in the Foreign Ministry, are sceptical of being seen as too closely aligned with the US or one of its major allies. Jakarta is likely to continue to pursue a ‘dynamic equilibrium’, as former foreign minister Marty Natalegawa put it, between Beijing and Washington.

Subtle cooperation on these issues is possible, but vocal Australian enthusiasm for security cooperation directed at China is likely to put Indonesia off. Thus the muted Australian reception this week to suggestions by Indonesian Defense Minister Ryamizard Ryacudu at the weekend that the two countries were considering a joint ‘peace patrol’ in the South China Sea. Ryamizard has a reputation for making statements to the press that have little relation to official policy, as now seems was the case here.

Only the commander of Indonesian military forces, General Gatot Nurmantyo, can approve such a patrol, and Gatot is known to be allergic to greater defence cooperation with Australia. Gatot leaves office next year, but even then, Indonesian diplomats have told me that while additional coordinated patrols between Australian and Indonesian forces are likely to be arranged in the Indonesian Western Fleet Command’s area of responsibility (a positive step in its own right), they are unlikely to be in the South China Sea.

Enthusiasts for the bilateral relationship on both sides may find the limited additional space for cooperation outlined here uninspiring. But by keeping expectations in check, and adopting a straightforward and businesslike approach to further cooperation, Jokowi and Turnbull can better take advantage of areas where their interests overlap, without reinforcing those prejudices about the other’s economic model or strategic orientation that would make cooperation more difficult.