The rumblings of social trouble in India’s future – from water rights to jobs – are growing louder and more distinct. 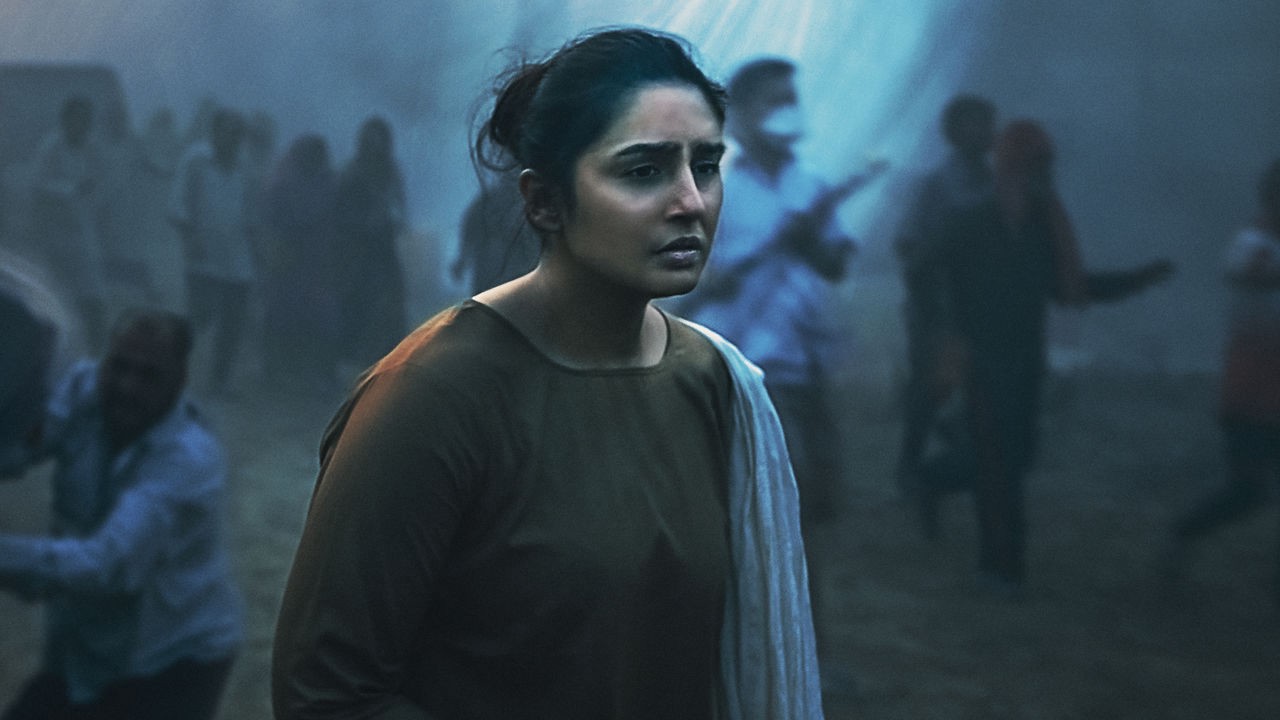 Could India be heading towards a dystopian future, with severe environmental decay and massive unemployment leading to social collapse?

There are rumblings of such a bleak outlook. A major global anti-poverty NGO said it at Davos in January, while in recent weeks, social media has been alight with people claiming that the apocalyptic vision of the near future depicted in the new Netflix series “Leila” is indeed the here and now.

“Leila”, based on the 2017 book of the same name by Indian author Prayaag Akbar, is set in a city-state governed by an authoritarian leader. It is 2047, and severe water shortages have sharply divided rich and poor, marriages between Hindus and Muslims are banned, and each community builds high walls to keep out the others.

At the start, a gang breaks into the home of a wealthy family, kills the husband and drags the wife off to a re-education camp. She has twice flouted the rules: her family has used its wealth and influence to fill an indoor swimming pool with the most precious of resources, water, and she is a high-ranking Hindu in an inter-religious marriage. As we move through the series, we see signs of social and civilisational breakdown: a slum located within a vast waste dump where toxic fires burn day and night; child workers locked inside cages; indoctrination and labour camps. Society is deeply stratified, and class hostilities frequently spill over into violence. Fertility specialists engineer “pure” babies, human trafficking abounds and adoption rackets are rampant.

It all sounds grimly familiar, particularly in the wake of last month, when the water taps in the southern city of Chennai ran dry. After years of lacklustre monsoonal rains and scorching temperatures, the city’s four reservoirs turned into almost bone-dry lake beds as the monsoon rains failed to appear on time (India’s latest crisis: 600 million people struggle with drought). There were reports of fights breaking out as desperate people struggled to ensure they received their allocated water rations from government tankers.

By all accounts, it is a taste of what is to come. More droughts will lead to further water shortages in coming years, exacerbated by improper groundwater extraction. Elsewhere, India suffers the full force of environmental degradation: high pollution levels, diminishing ecosystems, deforestation and searing summer temperatures. At the same time the country is in the grips of an employment crisis, with unemployment hitting 7.2% in February, its highest rate in almost half a century, and the government falling woefully short of creating opportunities for the 10 million young Indians joining the workforce each year. And Prime Minister Narender Modi’s re-election is highly likely to further embolden right-wing Hindu militant groups in their quest to entrench Hindu primacy.

It is easy to see how the fundamental rights of citizens in a functioning democracy are being seriously eroded: people’s right to water, their right to earn a dignified wage, even to marry who they want.

In this context, it is easy to see how the fundamental rights of citizens in a functioning democracy are being seriously eroded: people’s right to water, their right to earn a dignified wage, even to marry who they want. While inter-religious (or inter-caste) are not banned, it is not hard to see how couples might feel inhibited from marrying across community lines.

Experts have long warned that climate change will lead to societal tensions, even breakdown, and indications out of India reveal that the country’s tangle of issues could well mean that this scenario is not science fiction but looks increasingly likely.

Recent research suggests that human societies will experience disruptions to their basic functioning within less than ten years due to climate stress [such as] increased levels of malnutrition, starvation, disease, civil conflict and war ­– and will not avoid affluent nations.

The 2005 book Collapse by writer and academic Jared Diamond defines collapse as “a drastic decrease in human population size and/or political/economic/social complexity, over a considerable area, for an extended time”. He blames the conflict between short-term interests of decision-makers and the long-term interests of society as a whole.

India has already weathered its fair share of fissures: from the formation of Bangladesh, Partition in 1947, the so-called mutiny in 1857. But many now see signs that a further collapse might be looming. In particular, the deeply entrenched economic inequities – which are getting wider each year – are to blame. An Oxfam report released at the World Economic Forum in Davos in January said 10% of India’s population controls nearly 78% of the country’s wealth, and the wealth of the top one percent rose by a whopping 39% in 2018. “If this obscene inequality between the top one percent and the rest of India continues, then it will lead to a complete collapse of the social and democratic structure of this country,” warned Oxfam International’s Executive Director Winnie Byanyima at the time.

Is there any hope of avoiding this fate? Some economists say that India, like other countries, must pause its economic growth aspirations and consumption, arguing that these are fundamentally at odds with sustainability. Yet this would mean halting the aspirations of 10 million school and college leavers each year, forcing them to return to ever-shrinking family plots of land to scratch out a subsistence living.

But there are glimmers of hope amidst the deep pessimism. Better global governance, a shift towards pluralism, greater cooperation at the corporate and personal levels, are all ways that humans can help to redirect the collective future. Indians might recognise this to be the way forward, the question about the will to act.