“Big differences to manage”: Albanese and Xi put a value on diplomacy

The government can say Australia didn’t have to give up interests or values to restart dialogue. 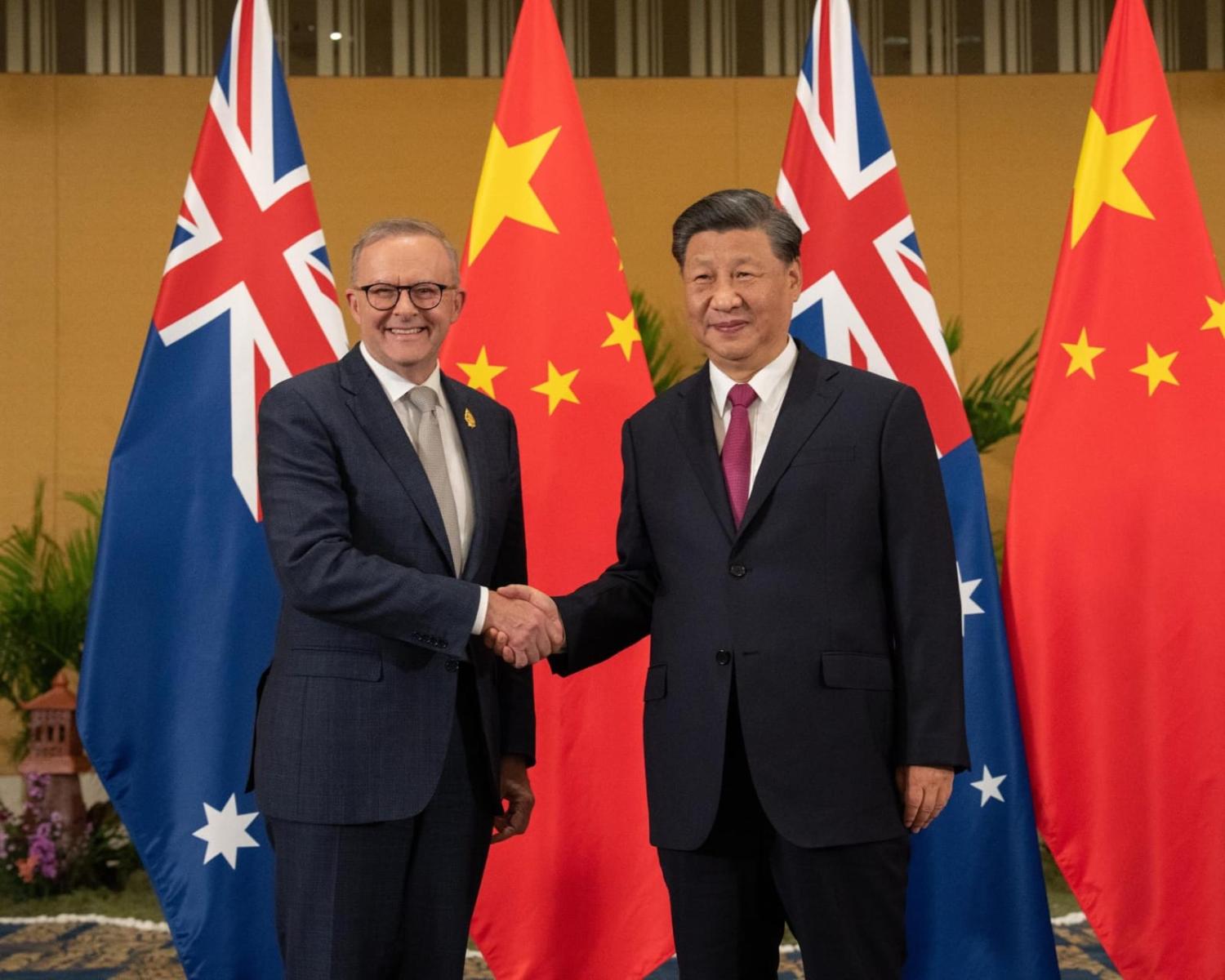 At one level, the meeting was mainly symbolic, Anthony Albanese and Xi Jinping smiling and warmly shaking hands on the sidelines of the G20 in Bali after years of top-level silence. As former prime minister John Howard recently reflected about his meeting with Jiang Zemin that set the terms for a closer relationship, any Australian leader would accept an invitation to meet their Chinese counterpart.

But the symbolism of a meeting between the Australian Prime Minister and China’s President did mark an important moment – a return to diplomacy as a way of managing differences.

This meeting changes the atmosphere in Australia-China relations, but no immediate change in positions is expected.

In his press conference after the meeting, Albanese said, “we have big differences to manage, but we’re always going to be better off when we have dialogue and are able to talk constructively and respectfully but also honestly about what those differences are”.

Notably, it was a meeting “with no preconditions”, meaning neither side needed to make any commitments or change positions prior to discussion.

Albanese made clear that he had used the opportunity to “firmly and politely” present Australia’s position on a number of issues:

That’s a big agenda for 32 minutes, including hearing from Xi in turn.

Albanese described the meeting as “positive and constructive”. In international terms, it’s also very routine, with dozens of similar meetings scheduled around major summits. It shows how alone Australia has been among its friends and allies in not having contact with China. The United States, Japan, India, Vietnam and United Kingdom all speak to China, often quite sharply. Albanese’s formulation “cooperate where we can, disagree where we must, and engage in our national interest” is not out of place with similar policy formulations.

This meeting changes the atmosphere in Australia-China relations, but no immediate change in positions is expected. The hope is that when Xi says that “we should improve, maintain and develop the relations between the two countries” this is a signal that percolates through the Chinese system, for example giving lower level officials official blessing to engage with Australia again.

The leaders agreed to further dialogue and Albanese presented it as “an important step in moving forward” in an “important relationship”. Xi, for his part, said the relationship was one “worth cherishing”.

Will stabilising relations with China be seen as a positive for the government? We know from Lowy polling that Australians are not well-disposed to China. The political argument the government is likely to make was sketched out by Wong in her Whitlam Oration on the weekend, where she presented the government’s approach as “calm and consistent” and characterised the previous government as exploiting differences with China for “domestic political gain”. Wong warned that Australians should not expect immediate change – stabilising the relationship will take time because the differences between China and Australia are “not trivial”.

We will see whether patient diplomacy will be viewed as an electoral asset – and perhaps as a chance for Albanese, years in the future, to reflect on his legacy in stabilising relations with China.

What Trump might do on the Japan trade deficit, educating China's students, the legacy of Julie Bishop's economic diplomacy drive and more.
Matthew Dal Santo 27 Jan 2017 12:12