The new president might talk up China ties, but relations with the United States appear to be on the mend. 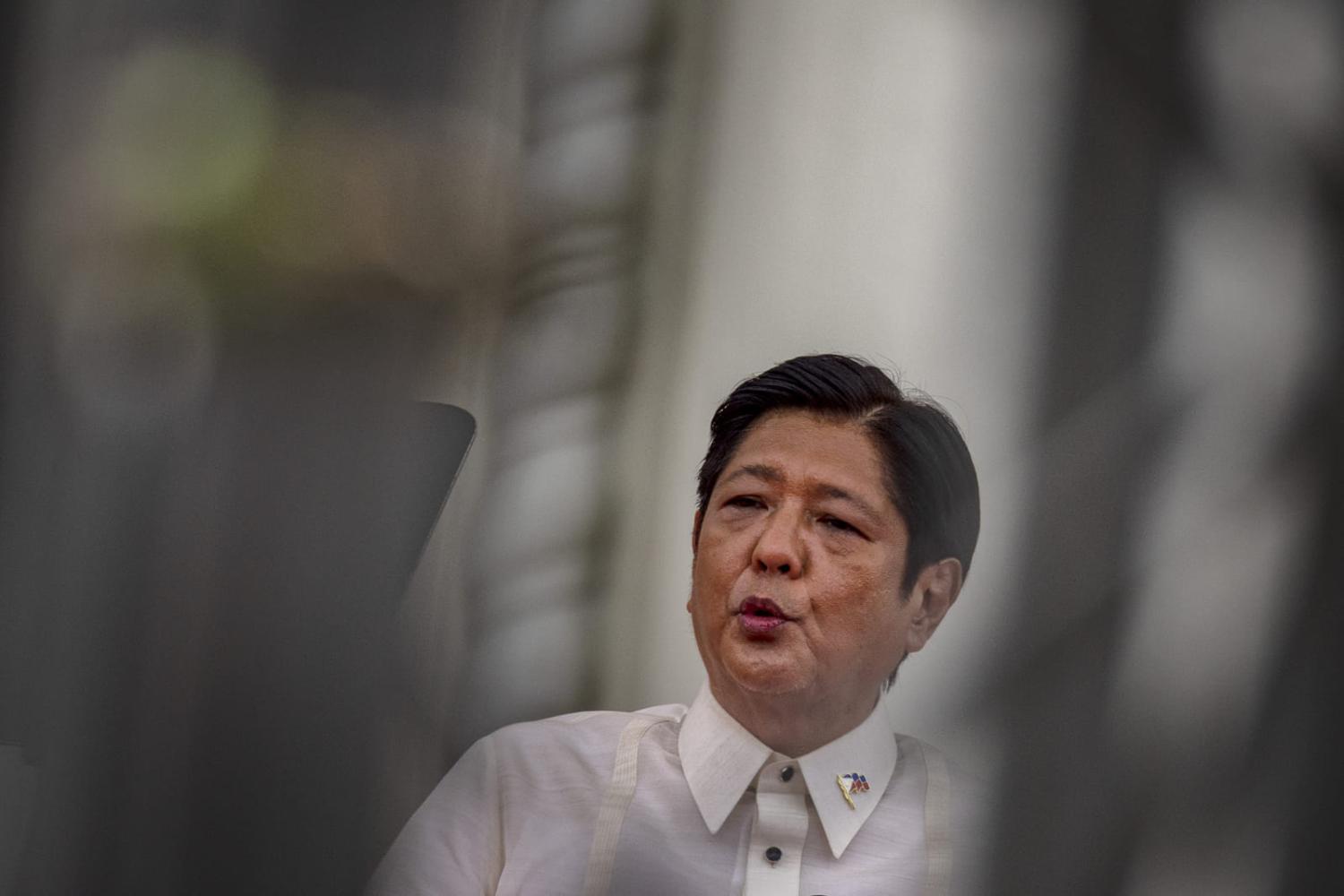 When Ferdinand Marcos Jr (aka Bongbong Marcos) won the Philippines presidency in May, his victory was quickly read to be a highly favourable development for China. But several factors obstruct close ties.

For a start, Marcos, son of the former dictator Ferdinand Marcos, contested the elections alongside vice presidential candidate and former president Rodrigo Duterte’s daughter, Sara Duterte-Caprio, and has vowed to continue the “independent foreign policy” of his predecessor. This suggests an attempt to maintain ties with both Beijing and Washington, albeit tipping a balance in favour of the former.

China’s Vice President Wang Qishan was a guest at Marcos’s inauguration ceremony last month, evidence of the proximity that the new President desires with Beijing. In a meeting with Wang, Marcos described China as “the Philippines’ most powerful partner” and committed to elevating the bilateral relationship to a “higher level”. Soon after, China’s Foreign Minister Wang Yi also visited Manila where he expressed hopes that Marcos’s presidency would prove to be a “new golden era” for the two nations. Marcos has also accepted the China’s invitation to make an official visit.

Marcos has sought to tackle the criticism by promising to talk straight to Beijing and not compromise on sovereignty.

But the maritime dispute in the West Philippine Sea continues to simmer in an Indo-Pacific region more polarised than ever. Though the Philippines and China have agreed to put their differences on the back burner and focus on furthering cooperation in areas such as agriculture, infrastructure, energy, education and culture, neither have settled on a sustainable and mutually favourable dispute resolution mechanism.

Moreover, the maritime dispute was a hot topic during the presidential elections, with Duterte criticised for sacrificing Philippine interests for the sake of maintaining good relations with China. This politicking is likely to continue if Marcos is also seen to be too lenient with China. Marcos has sought to tackle the criticism by promising to talk straight to Beijing and not compromise on sovereignty.

Such an attitude is reflected in Marcos’s decision to renegotiate loan agreements for the three railway projects previously awarded to Chinese firms that were scrapped in May. Although the new President appears to want Chinese capital to help restore the Philippines’ Covid-hit economy, debt concerns associated with China have stirred public discontent, with protests not uncommon.

His credibility will also be at stake. Marcos rode to victory amid a massive disinformation campaign which whitewashed his father’s dictatorial rule by falsely portraying it as the halcyon age of economic growth and progress, which Marcos Jr claims he will restore. Skyrocketing foreign debt poses a danger to his popularity.

Duterte’s presidency saw a deterioration of relations with Washington. But the United States still remains an important security ally for the Philippines, as well as an aid provider and a firm supporter of Manila’s stance in maritime disputes. Marcos will want to keep his options open in dealing with China. Duterte had already backed down on his threats to tear up relations with the United States and a further post-Duterte rapprochement seems to be underway. Washington has removed entry restrictions on Marcos, which had been imposed by a 2012 Courts of Appeal order stopping him entering the country, citing his diplomatic immunity as a Head of State. The Philippines has also signalled support for the US-led Indo-Pacific Economic Partnership (IPEF) which has been created with the objective of curbing Chinese economic influence in the region.

While Marcos’s effort to reap the best of both worlds from China and the United States might seem pragmatic, especially to ease the economic and fiscal crunch that he faces, neutrality might not always be an option in the present geopolitical context. A better approach would be to simultaneously strengthen regional groupings, such as the Association of Southeast Asian Nations, and further cooperate with neighbouring countries that share similar concerns and challenges, such as Vietnam.

As far as his balancing act between the two superpowers is concerned, Marcos’s success will depend on how well he can separate political contention at home from the arenas of international cooperation.

These tiny strategic products can profoundly change the world as the US and China fight over the brains of electronics.
3 Dec 2016 07:33