How did an uncharismatic former mid-level KGB spy rise to the pinnacle of Russian politics?

Book Review: Catherine Belton, Putin’s People: How the KGB Took Back Russia and Then Took on the West (HarperCollins, 2020) 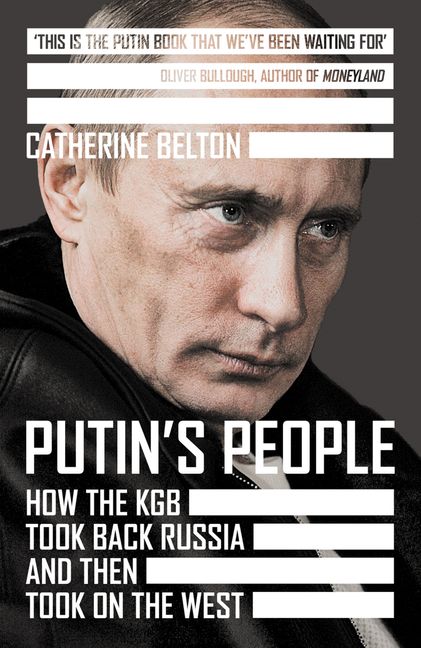 Last week, the Russian people voted to approve a constitutional amendment that resets the count on presidential term limits. President Vladimir Putin served his first two terms from 2000 to 2008. He then took a break to serve as prime minister while his protegé, Dmitry Medvedev, kept the presidential seat warm and extended the term of office from four to six years. Putin was re-elected president in 2012 and again in 2018.

With the new constitutional amendment, Putin is set to run again in 2024 and 2030 and could potentially serve until 2036, when he would be 83. In effect, the amendment clears the way for Putin to become president for life, and the longest-serving Russian leader since Tsar Peter the Great, who ruled from 1682 until his death in 1725.

How did this patently uncharismatic former mid-level KGB spy rise to the pinnacle of Russian politics? How did he manage to grab back the vast wealth commandeered by the oligarchs in the post-Soviet privatisations, and go on to become Russia’s unchallenged leader? And what can the world expect if he rules for another decade and a half?

Catherine Belton, a renowned business journalist who spent seven years covering Russia for the Financial Times, answers these questions and many more in her meticulously researched study of the people and deals behind Putin’s Russia.

Belton follows the money trail. When Mikhail Khodorkovsky and other rising oligarchs took over oil and gas assets from the state for a fraction of their value, they shared their spoils with the family and cronies of then-President Boris Yeltsin, but neglected the officers of the former KGB. Resentful, the KGB siloviki decided to get their own man into power.

Yeltsin had a genuine interest in democratising Russia. Putin comes from a more sinister world and simply wants to extend his own authoritarian control.

Putin was known as an efficienct and obedient bureaucrat and was initially supposed to serve only one term. However, the job grew on him, and he grew in the job. As the Russians say, “appetite comes during eating”.

The KGB siloviki started by forcing media moguls Boris Berezovsky and Vladimir Gusinsky to sell off their empires. With the critics silenced, they proceeded to slice up the country’s strategic assets. Khodorkovsky, the main shareholder of the energy behemoth Yukos, was unceremoniously arrested and tried, and spent nine years in a Siberian prison. Oil and gas giants Rosneft and Gazprom followed. When Kremlin arch-critic Berezovsky was found dead in his English country home in 2013, the British police deemed it a suicide.

Once Putin and his KGB cronies had wrested back control of state assets, in the process gaining massive private wealth and creating multi-billion-dollar overseas slush funds, they set about restoring Russia to its former glory as an international power. Unnerved by Western-friendly revolutions in Georgia and Ukraine in 2004–05, they used the funds to initiate countermeasures, making full use of emerging tools that included cybercrime and hybrid warfare.

Where possible, they co-opted Western businessmen and leaders. Using their underworld connections to help American casino and real-estate magnate Donald Trump pay off his debts proved a particularly good investment.

Belton bases her research on wide-ranging interviews with Kremlin insiders, oligarchs, prosecutors, diplomats and gangsters. The result is the most comprehensive work so far on Russia under Putin. She combines detailed description of the myriad deals and counter-deals with broader historical perspective, laying bare how the dismantling the Yeltsin’s legacy ushered in a new era in Russian politics. A few slips (e.g., referring to Silvio Berlusconi as Italy’s president instead of prime minister) do not detract from the quality of the narrative.

Belton also provides insights into Putin the man. He rose from humble beginnings in the former Leningrad, opted for the KGB as the best available meal ticket, and sharpened his teeth as a spy in East Germany. Returning to Leningrad as vice mayor, he built a network that included Kremlin decision-makers, organised criminals and terrorist groups. It was during these years that he learned the tools of the trade, money-laundering, setting up shell companies, disinformation and blackmail.

Putin relishes the deal-making, always ensuring that the siloviki get a slice. Comparing Putin with Yeltsin, Belton reminds us that the latter, while corrupt, was a Soviet-era politician who recognized the need for change. Yeltsin had a genuine interest in democratising Russia. Putin comes from a more sinister world and simply wants to extend his own authoritarian control.

Looking ahead, a quote from a Russian mobster tells us what to expect. “You in the West, you think you’re playing chess with us. But you’re never going to win, because we’re not following any rules.”