The cost of conspiracy in muddling public health messages 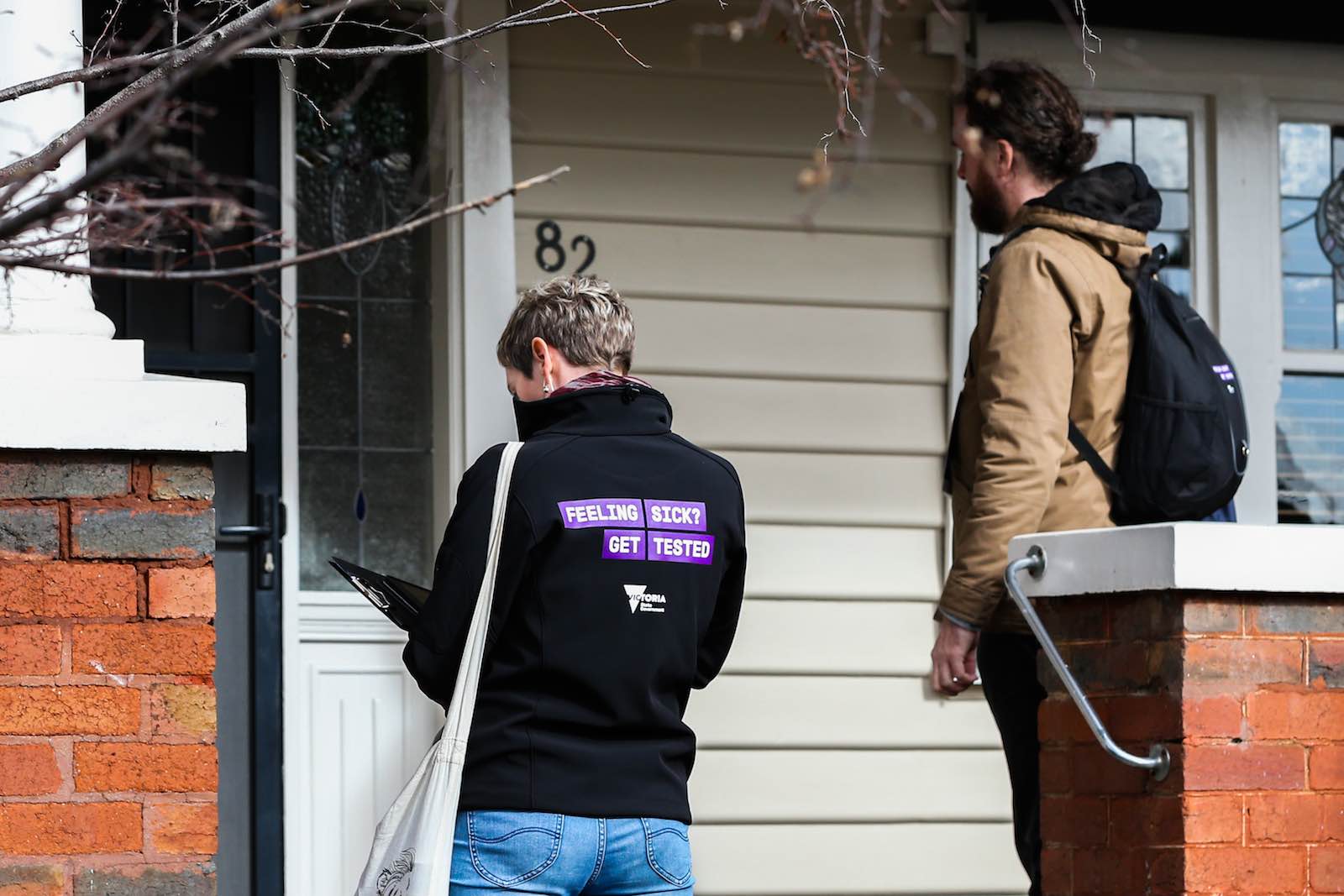 A spike in coronavirus cases across Melbourne has seen local hotspot suburbs largely locked down and some 3000 people in public housing towers prevented from leaving home at all. But the sharp reminder that “This is not over” which now flashes on freeway signs across Australia’s second largest city has been accompanied by evidence of another disturbing problem during the pandemic – the cost of conspiracy theories in muddling public health messages.

The Victorian government has been on a testing blitz in a bid to contain the virus, with almost 200,000 tests conducted in the past week. Yet some 10,000 people refused a test. Victorian Health Minister Jenny Mikakos said some had declined believing that coronavirus was a conspiracy, with the effects overstated, or simply with a misguided faith that it would not affect them.

Some misunderstanding should be expected. After all, this is still a new virus scientists are grappling to understand, and symptoms range from barely noticeable to deadly. That local medical systems have coped better than had been feared in the early stages of the pandemic might also foster some complacency.

An unlikely, awkward mix of fringe groups has seemingly become greater and more influential than the sum of its parts.

But misinformation and disinformation is proving a challenge, even for Australia, with a trusted public broadcaster and a robust democracy. None of this is helped by world leaders whose countries have endured the highest rates of infection and deaths have written off the virus as a minor illness or even a hoax. And news sources are varied. More Americans, for example, now get their news from social media than from print newspapers, and ongoing closures of newsrooms may drive individuals to online sources without similar editorial standards which allow for the greater sharing of unchecked messaging.

This challenge is linked to a change in Australia’s extremist threat environment, which has been dominated by Islamist violent extremism in recent years. ASIO’s annual threat assessment released in February outlined the threat of right-wing extremism as “real and growing”. A June update revealed that right-wing extremist investigations now make up a third of ASIO’s domestic caseload, with a warning that far-right groups are using Covid-19 as a cover to push ideologies and recruit. The potency of this mix of beliefs was manifested in rallies around Australia in May, with protesters calling Covid-19 a scam and protesting against vaccines, pharmaceutical companies, fluoride and 5G, which has been falsely claimed as a cause of Covid-19 with tenacity on social media.

This unlikely, awkward mix of fringe groups has seemingly become greater and more influential than the sum of its parts. Numbers remain small, but not inconsequential. Data demonstrates that the virus can only be controlled when 8 out of 10 people adhere to social distancing measures, yet a small, concentrated number of people who do not could have a significant effect on this virus’ R (reproduction) number. The lockdown of nine public housing towers in Melbourne over the weekend was justified by health authorities on grounds that even a small number of infections unchecked poses an unacceptable risk.

This indirect, seemingly non-deliberate threat to public health varies considerably from the traditional threats faced from extremist groups. However, disinformation as a threat to democracy remains a concern. There was one case of an attempt to use Covid-19 disinformation to influence this weekend’s federal by-election in Eden-Monaro, with the Australian Federal Police charging one Sydney man who orchestrated spam emails falsely linking Labor candidate Kirsty McBain to the coronavirus pandemic.

But even with this public-private sector commitment solidified in the Christchurch Call, this strategy has been acknowledged as a game of whack-a-mole with more material ready to appear and influence as soon as it can be taken down. To further complicate matters, the Eden-Monaro case demonstrates the risk of misinformation being spread by local individuals instead of authoritarian states.

The debate as to where responsibility for online disinformation lies is an ongoing one. However, a new development may force the hands of social media companies, whose platforms allow for the greatest dissemination and amplification of conspiracy theories and disinformation in an increasingly social media-connected world. Stop Hate For Profit is an American private sector–led campaign to cancel advertising on Facebook in response to allegations of allowing incitement to violence amid the Black Lives Matter protests. Organisers’ demands include human rather than automated responses to hateful material, including creating an internal mechanism to automatically flag hateful content for human review and enabling individuals facing hate and harassment to connect with live employees. Facebook receives 98% of revenue – nearly $70 billion in 2019 – from advertising. If this campaign succeeds in forcing social media companies to better prevent disinformation on racial inequality, there may be potential to also counter disinformation on Covid-19, given this pandemic’s devastating social and economic impacts.

Show 3 Comments
Previous Article
Book review: The making of Putin’s Russia
Next Article
Beyond Covid, the chance for a broader Australia-Japan relationship