Replete with wry observations, this quick read will appeal to political insiders – and so achieves less as a result.

Book review: David Runciman Where Power Stops, The Making and Unmaking of Presidents and Prime Ministers (Allen and Unwin, 2019) 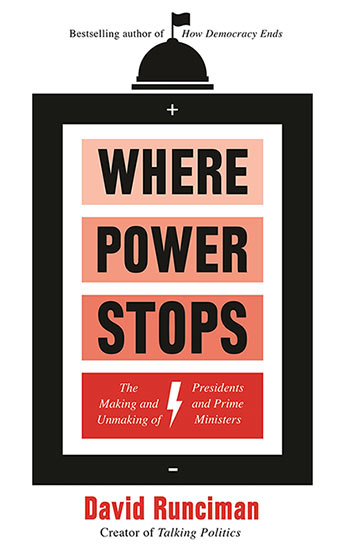 It’s an odd feeling to enjoy a book and the questions it asks, but to then be hesitant to recommend it. Where Power Stops, The Making and Unmaking of Presidents and Prime Ministers by David Runciman is a quick and interesting read, but maybe not something I would wrap for someone as a gift.

Consisting of a series of essays on British Prime Ministers, American Presidents and one American presidential hopeful, Where Power Stops seeks to unveil how these leaders great and small attempted to pull the levers of power around them. The writing is entertaining and the humour enjoyably wry, particularly on the British subjects that Runciman clearly knows best:

[Gordon] Brown considers his greatest failing as prime minister was his inability to communicate effectively. It is what politicians who find themselves out of their depth often believe.

It’s also a short read, at just over 200 pages, and given it covers nine different figures (Tony Blair is discussed twice) with a foreword and afterword, the book flies by. But this brevity comes at the expense of depth and perspective. As Runciman acknowledges, each figure is analysed on the basis of just one or two sources, which range in quality from Robert Caro’s epic biography of LBJ to Tony Blair’s own memoirs. This doubtless helped with the length, each of the chapters was originally a short essay, but it curtails substantial analysis and makes several of the sections repetitive as they engage repeatedly with the one source. 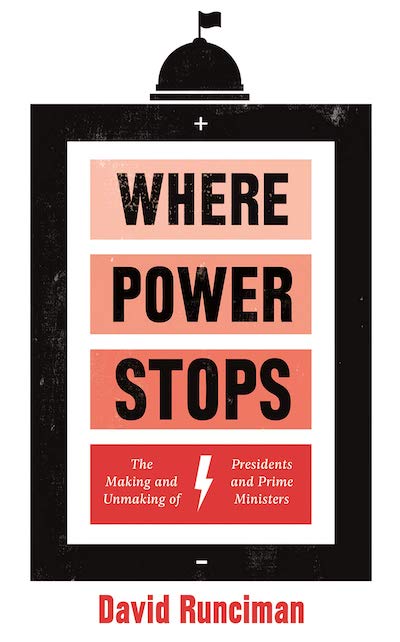 The choice of subject is also a weakness. We start with LBJ and end with Trump, two excellent subjects for a short study on power. But we also have sections on Tony Blair out of office, Gordon Brown, and John Edwards. It’s not that these are chapters are uninteresting or irrelevant, some of the book’s most enjoyable writing was centred on John Edwards, who has little if any historical significance. However, it feels bizarre that these sections were included while Nixon, Reagan and Bush Jr, all presidents with widely different styles and with great impact, were neglected. Clearly, Runciman wrote about what he was most familiar with, but it leaves absences within the text.

The brevity of descriptions, the short list of sources and the absence of some subjects could all be ignored if Where Power Stops pitched itself as a light and accessible read, a book with good one liners, some interesting points and a clear grasp of the subject material. But instead, it aims much higher.

First, the book assumes background knowledge on the part of the reader. Reading the section on Tony Blair in power without at least some understanding of his then rivalry with Gordon Brown will leave you scratching your head. If you weren’t closely following the 2008 Democratic Party primaries, you’ll miss many of the points discussing Obama and Edwards. This isn’t a book for casual readers – it’s a book for insiders, and particularly those who have followed British and American politics for the last two decades.

The book renders what could be lengthy chapters and discussions into a few interesting sentences that almost make a brilliant point, but end up concluding far too soon.

Secondly, Runciman clearly wants to say something about power. His writing makes quasi-philosophical statements such as “Power doesn’t tell us the true nature of the man; the man tells us the true nature of power.” It discusses populism: “The paradox of populist leaders is that they promise to empower the people but end up accumulating more and more power in their own hands. They undermine the authority of the democratic offices that they hold at the same time as exaggerating them. They are not probing the limits of their own power: they are testing the limits of democracy itself.” But the weakness of the sources and the shortness of the book render what could be lengthy chapters and discussions into a few interesting sentences that almost make a brilliant point, but end up concluding far too soon.

If you do fit that demographic, then you are in for a good time. Runciman has a talent for extracting the character (or at least, how he views the character) of a leader in only a few short pages. Whether it’s the principled and earnest (or perhaps, stubborn) Theresa May battling her way up the Tory ranks, Tony Blair’s determination to “drill down” on every subject, or the brilliant but terribly flawed Bill Clinton, there are compelling narratives, despite their brevity.

Ultimately, I enjoyed Where Power Stops, and I am glad I read it. I smirked at the funnier lines, I nodded along with the analysis I agreed with, and I’ll think a little on what I didn’t. If you’re in the right demographic, Runciman has crafted a solid read with some good points. if you’re not, then look for the relative at the next family gathering talking airily about how Gordon Brown never really embraced the coercive menace of power.