Unlike Trump, Johnson brings to the top job extensive government experience and a very different worldview. 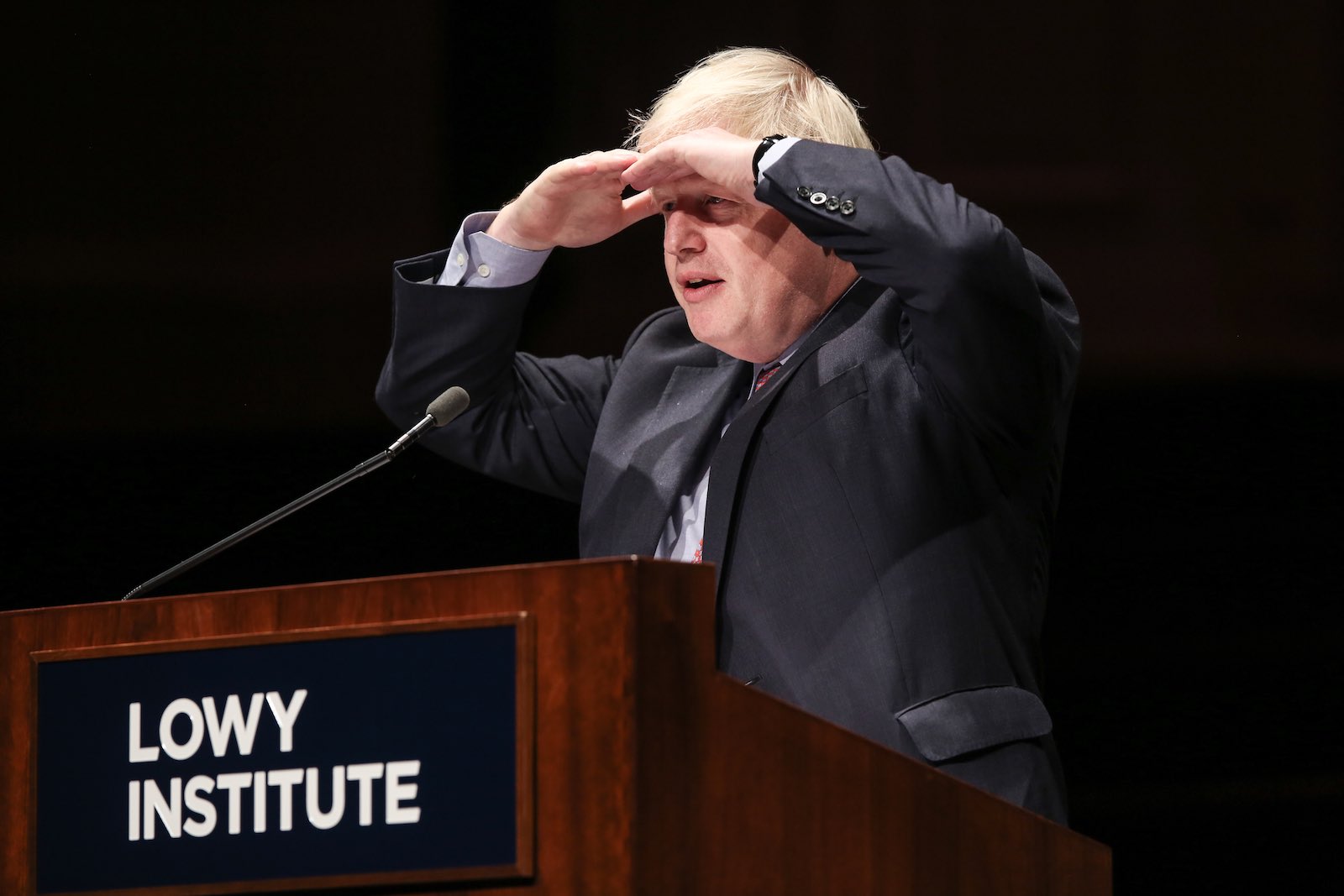 Later today, after decades of speculation, Boris Johnson will be driven to Buckingham Palace, to “kiss hands“ with Her Majesty The Queen and receive his appointment as Prime Minister of Great Britain and Northern Ireland and First Lord of the Treasury.

Johnson is one of the most compelling and original political figures of his generation. Like Madonna, Prince and Kylie, Boris has achieved global first name recognition.

Boris Johnson’s critics do him a great favour by predicting with such certainty that his premiership will be a catastrophe … the main beneficiary is Johnson himself, who has always enjoyed the advantage of low expectations.

To read the liberal press is to be certain that Johnson will be a complete disaster as prime minister. In the New York Review of Books Fintan O’Toole claims that Johnson “quite literally made a career of mendacity”. The Guardian’s editorial on Johnson’s leadership yesterday was sub-titled “the years of a clown”. James Butler published an overwrought op-ed in The New York Times titled “Boris Johnson is how Britain ends”.

Johnson’s critics do him a great favour by predicting with such certainty that his premiership will be a catastrophe. There is little moderation or circumspection in any of this analysis. The main beneficiary is Johnson himself, who has always enjoyed the advantage of low expectations.

The regular comparisons with Donald Trump are way overblown. Sure, the two men have said nice things about each other (though Johnson has also said harsh things about Trump). Both have infamous hairdos. But they are very different characters.

Johnson is a liberal cosmopolitan, able to quote classical Greek and analyse the use of literary devices. He has a brilliant sense of humour, including about himself.

Unlike Trump, Johnson comes to office with extensive government experience, including long periods in parliament, two successful terms as the mayor of London, and two less successful years in one of the great offices of state, as foreign secretary.

Boris Johnson is an unlikely member of the populist international. He is a member b/c of his support for hard Brexit but on other foreign policy issues—climate, immigration, JCPOA, multilateralism— he is a centrist. I suspect he will fall out w/ Trump et al before long

Johnson may well fail as prime minister. Certainly, his political sorrows come not as single spies but in battalions. They include a divided country, a rising Brexit Party, a frustrated Europe and a narrow majority in the House of Commons.

But equally Johnson may surprise us and succeed. If the European Union is minded to make some concessions, Johnson may be able to sell a revised deal to a Tory party that was unwilling to buy from a Remainer such as his predecessor Theresa May.

None of this is to say I believe that Brexit is a good idea. In fact, I believe Brexit is a grave unforced error. I have written in The Interpreter that I think Brexit will make Britain weaker and poorer, and the European Union smaller and less consequential. Brexit is bad news for the West and good news for the enemies of the West. But Brexit will not end Britain. Britain will be back.

Boris has some interesting links to Australia. He spent a gap year here after finishing high school, and when he returned to the UK as a 19-year-old, he insisted on wearing around London the “stubbies” he had worn in the bush. Improbably, he was once a visiting professor at Monash University.

He also has connections to the Lowy Institute, having addressed the Institute twice – once in 2013, when he was mayor, and then four years later when, as foreign secretary, he gave the 2017 Lowy Lecture. In his lecture he made the best possible case for Brexit – and the funniest one.

One of Boris’s tricks is to use his wit to avoid difficult questions and dodge criticism. When he was in Australia in 2017, for instance, there was much talk about Theresa May’s weakness and speculation that Johnson may challenge her for the leadership. In the Q&A after his Lowy Lecture I asked him about this, quoting a line attributed to his hero and biographical subject Winston Churchill on the difficulty of being prime minister:

The loyalties which centre on Number One are enormous. If he trips, he must be sustained. If he makes mistakes, they must be covered. If he sleeps, he must not be wantonly disturbed. If he is no good, he must be pole-axed.

When should a prime minister be pole-axed, I asked Johnson. Quick as a flash, he replied: “we’ve got very good relations with the Poles”. The Sydney Town Hall erupted with laughter and the question was very neatly avoided.

Of course, now is not the time for avoiding questions; now is the time for answering them. Johnson is already an historically significant figure. If he had not supported Brexit, the United Kingdom would not be leaving the European Union. Now he has the responsibility to deliver Brexit and to govern the United Kingdom well. He may fail in these tasks – but he may not, and I hope he does not.

Show Comments
Previous Article
Japanese lessons for Australia’s relations with China
Next Article
Does a US flag on the Moon amount to a claim of sovereignty under law?