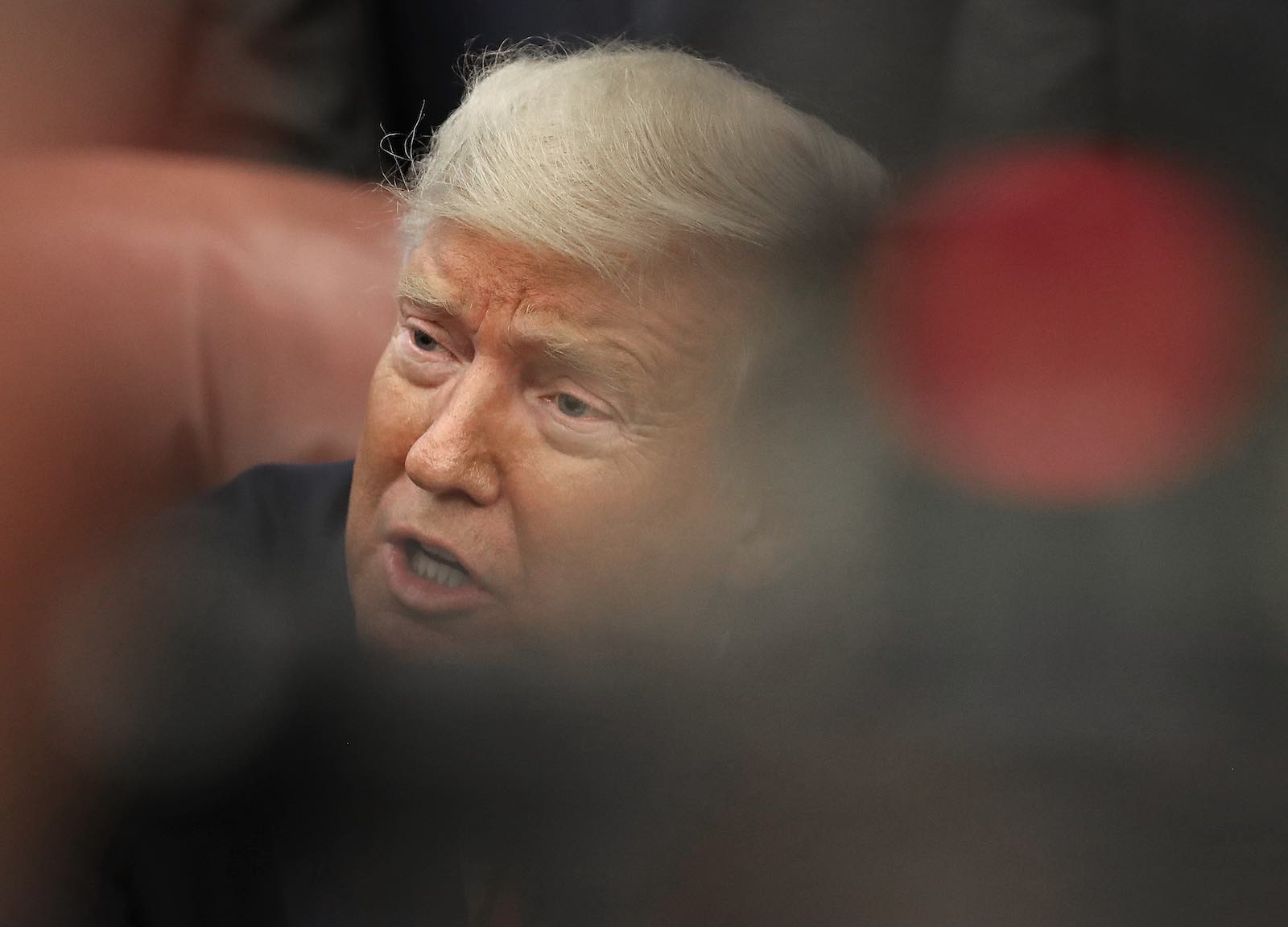 Donald Trump appears to revel in undermining US institutions as a way of energising his supporters (Mark Wilson/Getty Images)
Published 12 May 2020 12:00   0 Comments       Follow @arzandc

Is a dark episode of intelligence history repeating? The Trump administration zeal to blame a Chinese government laboratory in Wuhan for the Covid-19 pandemic – together with the insinuation, fuelled by sympathetic media reporting, that secret assessments support such claims ­– has prompted comparisons to the scandal of pre-war intelligence about Iraq’s alleged weapons of mass destruction. Back then, shoddy analytic tradecraft and pressure from political leaders resulted in a spectacular intelligence failure.

For the Trump administration, pinning blame on the Wuhan lab would present a clear case of Chinese Communist Party wrongdoing, and deflect attention from the US government’s own disastrous handling of the pandemic. US Secretary of State Mike Pompeo has been most prominent in presenting the lab narrative. Reports this month from the Daily Telegraph in Australia – amplified by Fox News in the US ­– insinuated that the Five Eyes intelligence agencies from the US, UK, Australia, Canada, and New Zealand had jointly prepared a “dossier” of evidence implicating the Wuhan lab.

Further press reporting revealed the so-called “dossier” was not, in fact, an intelligence assessment, and not a joint Five Eyes product. Agencies across the Five Eyes intelligence alliance continue to judge that the virus most likely originated in a Wuhan “wet market.” Even the Office of Director of National Intelligence, led by a staunch Trump loyalist, took the extraordinary step of publicly clarifying it had not assigned blame to the lab.

Yet for all the superficial similarities, the pandemic blame case does not present the same problems of politicisation as in the Iraq WMD case. There is no drive for war inflaming public opinion, so there is less resistance to the White House’s actions. Political pressure on assessments may yet occur – and since such pressure is often nebulous, it may be hard to detect. Despite the Trump administration’s repeated public claims and reported demands to search for substantiating evidence, so far the US intelligence community has held firm in its assessment, backed up by expert scientific judgment, that the virus likely did not originate in the Wuhan lab.

Rather than seeking to bend the intelligence community to its will, the Trump administration has chosen to ignore it altogether.

Nor, unlike in the Iraq WMD case, have Australia and other close allies been ensnared in the US administration’s political agenda. Canberra has not only retained an independent position, but distinguished itself as a leading voice – even in the face of threatened Chinese reprisals – calling for an independent investigation into the virus’ origins. This episode is not a reason to distance Australia from the US or weaken Five Eyes, as some have suggested. On the contrary, with common assessments across Australian and other Five Eyes intelligence agencies, this case shows how the partners share data and expertise while retaining political independence.

Debates over the origin of the virus are likely to have more insidious effects. The Trump administration is probably using the claims as a cudgel, both in domestic politics and in strategic competition with China. But it will have direct public-health policy implications for Australia and the world. Australian officials are concerned the lab narrative will stiffen Chinese opposition to an independent investigation into the coronavirus outbreak, and weaken efforts to clamp down on hazardous wet markets. The rhetoric from Washington risks setting back the cause of pandemic preparedness.

The purpose of intelligence agencies is policy relevance and impact, so being bypassed on key matters of national policy undermines their very purpose. But more than that, political decisions that lack intelligence advice are likely to make for worse policy. This is already evident during the pandemic, when Trump’s disregard for repeated early warnings cost the US precious time to respond.

But Trump appears to revel in undermining US institutions as a way of energising his supporters. It is no coincidence that, while the administration was contradicting its intelligence community, it was also undermining institutions from the Postal Service to the Department of Justice. The pandemic blame case, then, stands not as an example of politicising intelligence assessments, but undermining the institutions that produce them.

Show Comments
Previous Article
Where did Kim Jong-un go?
Next Article
For Australia, a testing friendship