Brexit: The view from China

Reports that China’s central bank will allow a further fall in the renminbi, which is already trading at its lowest level in over five years, highlight Beijing leadership’s immediate concerns over Brexit. Premier Li Keqiang’s speech to the World Economic Forum last week painted a gloomy picture of the impact on an already weak global economy, which he followed with a bland commitment to maintain and grow ‘relations with the EU and the UK’. A similarly stolid response was delivered the morning after the referendum by Beijing’s foreign affairs spokeswoman, who declined to endorse last year’s slogan of a ‘golden era’ for UK-China relations (although Beijing’s ambassador in London still seems optimistic).

A recent study has charted how the Cameron government chose to risk political strains with the EU and United States for the sake of crafting a profitable new relationship with China. Brexit casts doubt on its ability to justify those risks, since it will potentially remove the best chips the UK has to play with in negotiations with Beijing. Most important among these is London’s role as a hub for internationalising the renminbi, and specifically as a financial gateway to Europe.

The UK is now facing not only losing the ‘passporting’ rights that allow financial services firms to operate throughout the single market, but the end of its capacity to clear Euro transactions and to trade renminbi-denominated assets with the continent (not to mention the collapse of a merger between the London and Frankfurt bourses). Collectively the EU is China’s largest trading partner, and the fastest growing source of offshore payments in renminbi. George Osborne has made no bones about capturing this market for trading in China’s currency; last year’s stampede to join Beijing’s new international bank suggests that there will be no lack of competition for this business around Europe, although finding another city that can match London’s credentials is not straightforward.

Diplomatically, Beijing will lose the Cameron government’s friendly voice in internal EU debates on contentious issues such as China’s market economy status, in a climate of growing scepticism about China as an economic partner and strategic actor. Even as Nigel Farage heckled the European Parliament last Tuesday, the EU released a new Global Strategy for its common foreign and security policy, calling for (among other measures) a ‘coherent approach to China’s connectivity drives westwards’ and flagging a potential EU role in the South China Sea. Likewise, the new EU strategy on China calls for ‘genuine implementation of the Chinese slogan “win-win cooperation”’, reciprocal access to China’s markets, and addressing Chinese dumping through reform of the EU’s trade defence instruments, which has to date been blocked by the UK.

Gridlock with Brussels over negotiating post-exit trade arrangements has led the hapless Cameron cabinet to bring forward trade missions to non-EU countries, with George Osborne promising to double down on China in particular. Freedom for the UK to strike its own trade deals was a prominent argument of the ‘Leave’ campaign, and London can take encouragement from China’s free trade agreement with Switzerland, in contrast to the long-running failure to progress negotiations on an EU-China FTA (of which the Cameron government has been a strong advocate). In theory, third parties should prioritise access to an EU market of 443 million people over a British one of 65 million, but the actual experience of negotiating with the EU may have convinced said parties that something is better than nothing; the US President is already backtracking on his position that a post-Brexit UK would ‘go to the back of the queue’. Of course, London won’t wield the same bargaining power on its own, particularly given the UK’s enormous and growing trade deficit with China. But Beijing seems willing to entertain overtures, if only to divert the UK from proposals emanating out of Washington for it to join the Trans Pacific Partnership.

A UK-China FTA would not completely substitute British access to the single market in terms of attracting Chinese business, given that most emerging economy firms have been set up in the UK to target customers in continental Europe. Chinese investors can already look to Tata Steel for a cautionary tale of the risks imposed by Brexit (notwithstanding that this particular case owes more to Beijing’s economic policies). Particularly under threat is investment from China’s booming technology sector, as captured in the fears of a post-Brexit brain drain expressed by the head of the venture capital group aiming to develop the old London stock exchange into Europe’s largest innovation centre.

However, these types of investments represent a small share of Chinese FDI into the UK; the main elements are likely to be relatively independent of relations with the EU. Chinese buyers have led the pack in snapping up London real estate following the pound’s post-referendum crash, and there is no sign yet of the exodus of Chinese money warned of by China’s richest man, who himself recently ploughed 1.2 billion pounds into a South Bank development. Nor is Brexit likely to dampen the Chinese appetite for funding British infrastructure projects, despite the political tensions often involved.

Nonetheless, the bottom line is that outside the single market and the EU’s corridors of power, the UK has less to offer China. While the UK is currently the largest recipient of Chinese investment in Europe, the trend in Chinese FDI is towards other European countries and to high technology firms in which the UK is not Europe’s strongest player. As the British delegation flew out of Brussels last Tuesday night, the German industrial automation specialist Kuka (the firm that designed the Joint Strike Fighter assembly line) cleared the way for a takeover by a Chinese company, which over the weekend secured its majority stake in this pioneer of digitised manufacturing. Post-Brexit, Beijing can be expected to increasingly cultivate Berlin for the same reasons that Washington is doing so: Germany is now unquestionably the EU’s dominant economy and the broker for getting things done in Europe.

This outlook depends of course on the EU surviving Brexit otherwise intact, which can’t be taken for granted given the growing dissension among its members. Unease over the tremors beyond Britain’s shores was apparent in Li Keqiang’s speech, which referenced ‘stability’ three times in its brief treatment of Brexit’s consequences for the world economy. Li can’t be taking much comfort from market soothsayer George Soros switching focus from China’s debt-laden economy to Brexit as a trigger for a new global financial crisis. Soros wrote the day after the referendum that Brexit presages the EU’s disintegration, absent drastic reform; the man who broke the Bank of England by shorting the pound in 1992 made money this time around betting against Deutsche Bank. But his bearishness on Europe’s future isn’t generally shared by Chinese commentators, who are talking up the prospect of increased appetite on both sides of the Channel for foreign investment.

Having expended much political capital to position Britain as ‘China’s best partner in the West’, the Cameron government now faces being unable to deliver, whether in the eyes of domestic critics, a Washington put off by ‘constant accommodation of China’, or a Beijing that increasingly holds the power advantage in the relationship. While China’s official Brexit response has been cautious, state media has been given license to gloat over the woes of a UK that two months ago was still giving lectures on how to run Hong Kong. This inevitable Global Times editorial probably best captures the schadenfreude towards a nation and a continent blamed for China’s ‘century of humiliation’: ‘Britons are already showing a losing mind-set, [which] reflects the general decline of Europe.’ 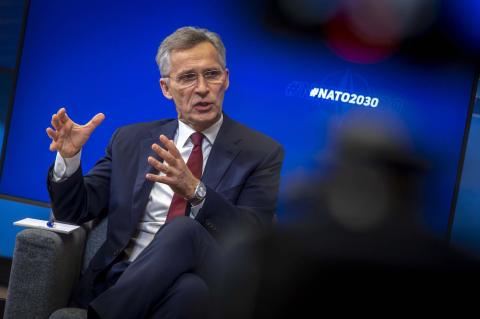