Overhyping China’s BRI can be self-defeating and play into Beijing’s hands. 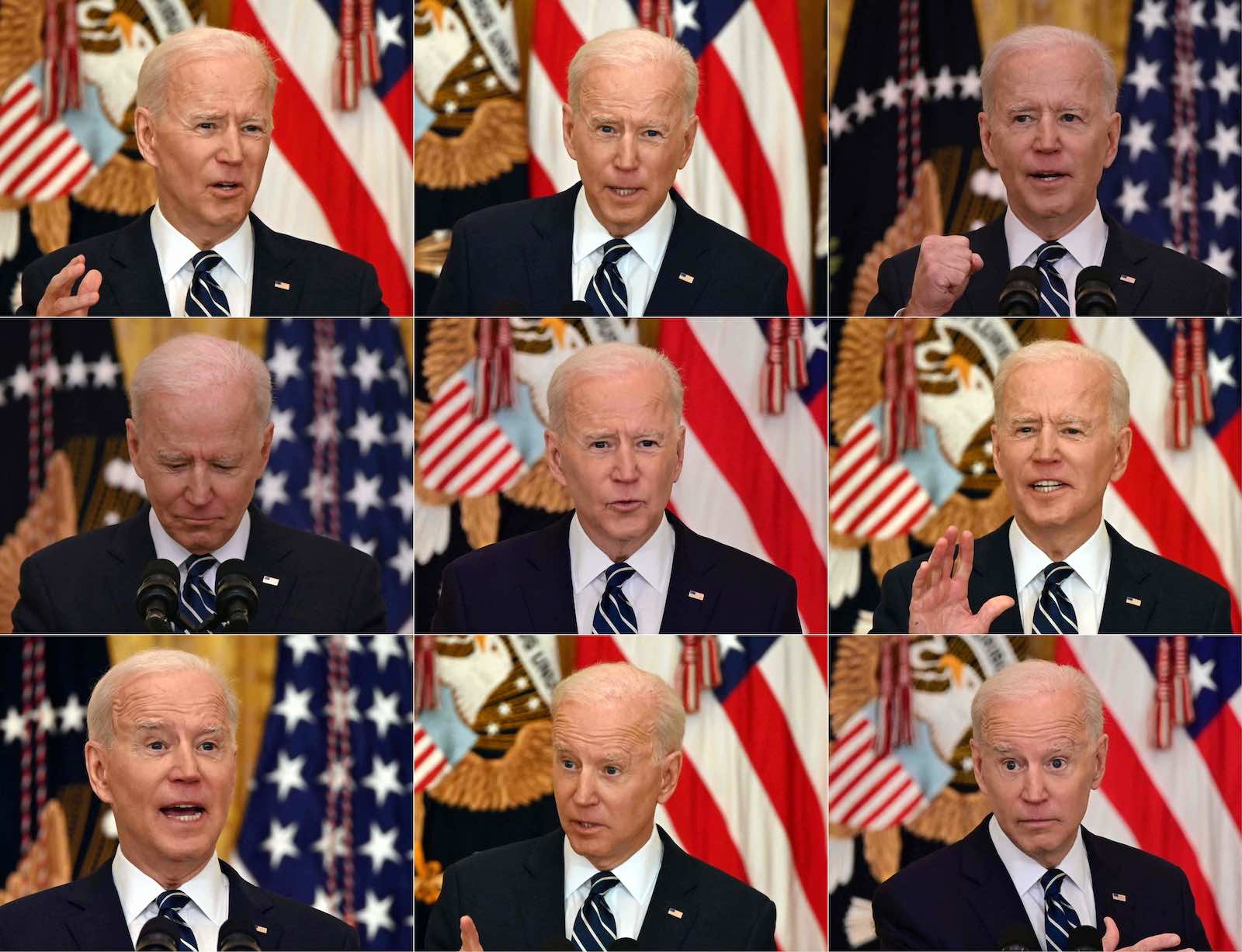 The choice to name B3W after Biden’s own domestic infrastructure initiative might complicate its future (Jim Watson/AFP via Getty Images)
Published 20 Jul 2021 07:00   0 Comments

The announcement of the Build Back Better World (BW3) infrastructure and investment plan following the G7 summit last month has been greeted with scepticism by some who question its ability to compete with China’s financial outlays for its much-vaunted Belt and Road Initiative (BRI).

What these arguments overlook, however, is the sharp disconnect between announced and completed BRI projects.

In Central and Eastern Europe, for example, only around four out of 40 projects have been completed as part of China’s 17+1 (now 16+1 after Lithuania’s exit) initiative. As of March last year, only one third of announced projects were completed along the China-Pakistan Economic Corridor, the BRI’s putative flagship venture. A similar story can be heard along the China-Myanmar Economic Corridor.

Estimating the total size of the BRI is an inexact science. The BRI has always been deliberately amorphous and iterative. It has been varyingly described by Beijing as encompassing development finance, infrastructure, innovation, trade, transportation, sustainability, and people-to-people connectivity and more recently, health and green development. Nor is it easy to establish which countries are actual BRI “members”.

Nonetheless, it is possible to establish rough figures. Since 2005 the American Enterprise Institute has maintained a relatively comprehensive database of China’s global investment. Over the 2014–18 period, Chinese investments in countries broadly considered to be BRI members were worth US$190 billion. Construction contracts were worth US$388 billion.

In terms of global development finance provided by China’s major policy banks, a database maintained by the Global Development Policy Center gives a US$462 billion figure for the 2008–19 period – bearing in mind that the BRI was first announced in 2013.

The upshot of these two figures is that the BRI very much appears to be in the lower band of the range often cited – anywhere between US$1–8 trillion.

As well as overestimating the size of the BRI, those arguing that competition with China is fruitless tend to overlook what G7 nations, including the European Union (EU) which attends every summit, are already doing.

Take Southeast Asia, for example. Somewhat surprisingly, the EU is the largest source of foreign direct investment for the members of the Association of Southeast Asian Nations (ASEAN). According to ASEANstats – which is maintained by the ASEAN Secretariat – Japan, the EU and, in most years, the United States, have individually invested far more than China. Even in the area of infrastructure, as of mid-2019, pending Japanese projects in ASEAN’s six largest economies were worth more than one and a half times China’s projects.

A relatively similar story is replicated globally. In Africa, the EU is still the continent’s largest source of foreign direct investment (FDI). Between 2013 and 2018, the EU dispensed €414 billion in development assistance grants worldwide. Whereas in the same period, BRI loans – in contrast to grants and often creating concern about “debt-trap diplomacy” – totalled €434 billion. And the United States is still by far the world’s largest investor.

This is to say nothing of G7-dominated institutions. Across the 2008–19 period, the total lending of the US-dominated World Bank was US$5 billion higher than China’s two main overseas lenders. The financial commitments of the Japanese-led Asian Development Bank consistently outweighed those of the Chinese-led Asian Infrastructure Investment Bank.

All of this begs the question as to why there is such a disconnect between the actual size of the BRI versus its gargantuan, ubiquitous image. There is no simple answer, but several points stand out.

The persistent characterisation of the BRI in some circles of Washington as a blueprint for Chinese global domination cuts both ways. While such rhetoric may have helped (among myriad other factors) stymie the pace of the BRI, it has also helped Beijing burnish the BRI brand. Countries more friendly to China have realised that hyping the BRI or coming to its defence is also a sure-fire way to win favour with Beijing. Talk of large projects also obviously has domestic political benefits.

While in the longer term, China’s over-hyped BRI may carry drawbacks, attitudes formed today have tangible influence. The EU is left to bemoan “the fact that the public awareness and visibility of the EU’s international contributions … has been underdeveloped”. For the United States, despite having a greater investment footprint, it must contend with being an “underappreciated” power in Southeast Asia.

On current trends, the B3W is more than capable of competing with the BRI. While mobilising new capital won’t hurt, success will also involve shifting the international narrative away from the BRI.

But telling this story will require a buy-in from seven different national governments, one supranational organisation and a host of private players. In this regard, the choice to name B3W after Biden’s own domestic infrastructure initiative might complicate its prospects under a future Republican administration. Any overt associations of the B3W with the Quadrilateral Security Dialogue (Quad) may also create reservations for countries seeking to maintain neutrality.

Ultimately, the success or failure of B3W will serve as an important bellwether of the Biden administration’s convening power. There is no need, at least when compared to the BRI, to assume it will fail before it begins.