Can the ICC bring justice to Myanmar?

An investigation of crimes committed in Myanmar would be a historic undertaking, but many hurdles remain. 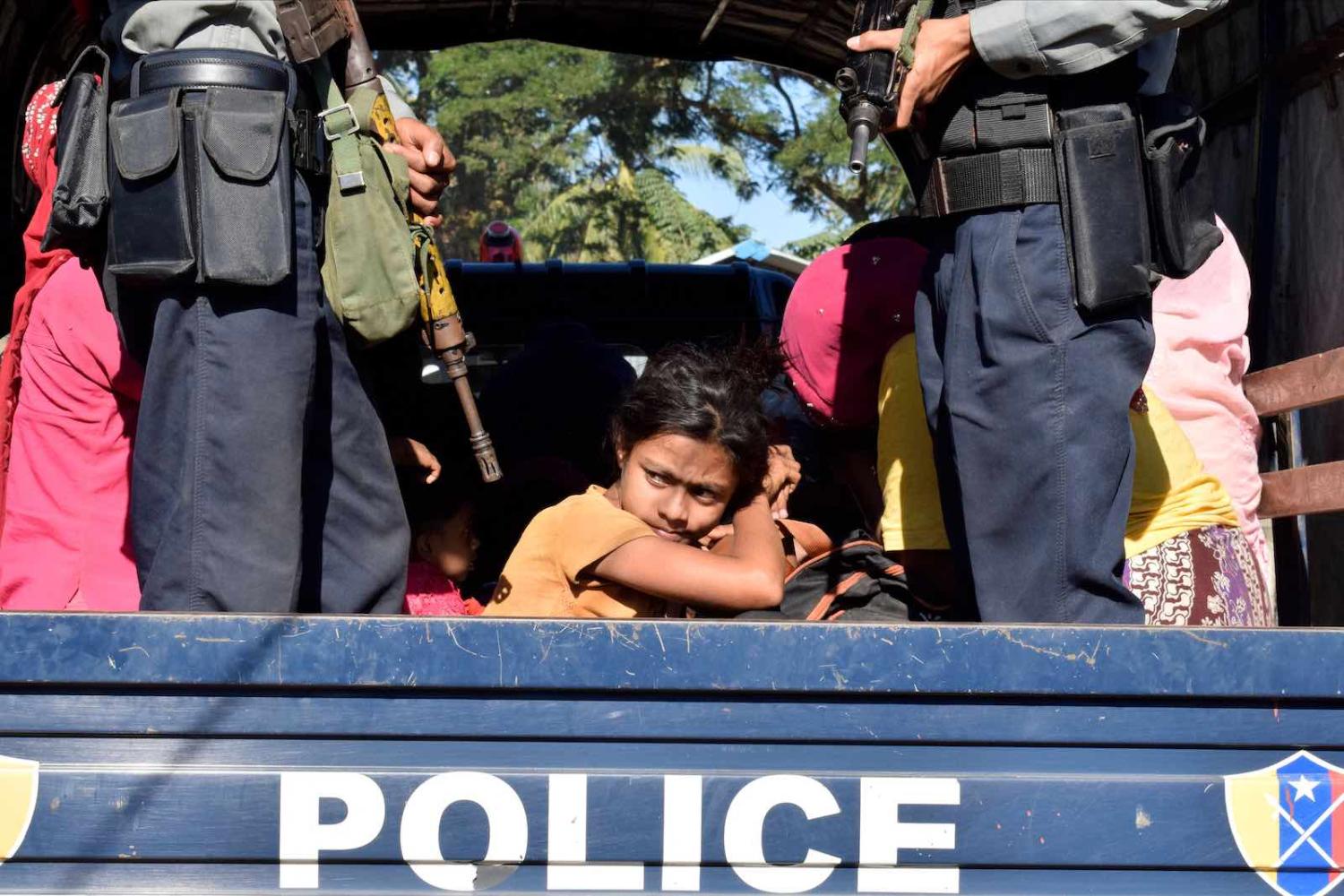 More than 700,000 men, women, and children, many identifying as Rohingya, crossed the border from Myanmar’s Rakhine State into Bangladesh in 2017, fleeing violence at the hands of the military and security forces. A UN Fact-Finding Mission was established to determine the facts and circumstances of alleged human rights violations, and the International Criminal Court (ICC) will soon decide whether to authorise an investigation into alleged international crimes that partly occurred in Bangladesh.

Given the complexities of recent history in Myanmar and the workings of the ICC, it’s worth looking at some questions raised by this possibility.

Why is the International Criminal Court’s decision important?

The ICC Pre-Trial Chamber’s determination will be significant for those seeking justice. The Fact-Finding Mission has documented killings, sexual and gender-based violence, forced labour, forced recruitment of soldiers, and torture across Myanmar, with a particular focus on the Rohingya. That mission has now handed over materials to a UN Independent Investigative Mechanism for Myanmar (IIMM). It commenced work in July and has a mandate to collect and analyse evidence for future national, regional, or international prosecutions. Some countries have sanctions in place against senior Myanmar military figures, but the ICC is currently the only international mechanism where judges are reviewing these allegations.

Myanmar is not a party to the Rome Statute, which established the ICC, so the Court does not have jurisdiction over crimes committed solely within Myanmar’s territory.

An ICC investigation within Southeast Asia would have historic significance. The Court has long faced accusations of being over-focused on Africa. A UN-backed hybrid tribunal of Cambodian and international prosecutors was set up in 2006 to try crimes committed under the Khmer Rouge regime. And the UN administration in Timor-Leste created the Special Panels of the Dili District Court in 2000 to look into serious crimes that occurred in the context of the 1999 independence referendum. Myanmar would be the ICC’s first official investigation in the region (a preliminary examination is also underway in the Philippines).

Still, an ICC investigation would face many challenges, foremost a lack of cooperation from the Myanmar government. There have also been concerns that it could exacerbate a global backlash against human rights norms, or align Aung San Suu Kyi’s government with the military, at least on this issue. The Pre-Trial Chamber’s decision therefore has ramifications for the legitimacy of the ICC, as well as possible effects within Myanmar.

What could any investigation cover?

The IIMM will consider allegations of violations committed anywhere in Myanmar since 2011, but the ICC has a much narrower focus. Myanmar is not a party to the Rome Statute, which established the ICC, so the Court does not have jurisdiction over crimes committed solely within Myanmar’s territory (unless authorised by the Security Council, which is unlikely). In September 2018, an ICC Pre-Trial Chamber indicated that the Court should have jurisdiction where at least one element of an ICC crime is committed on the territory of Bangladesh, a party to the Rome Statute. This controversially turns the ICC’s attention towards violence within a non-party state.

The ICC will not investigate all allegations of violence in Myanmar, however, as they must have partly occurred in Bangladesh. ICC Prosecutor Fatou Bensouda is indicating that these will include crimes against humanity of several kinds: deportation (coercing victims by force to cross into Bangladesh); other inhumane acts (inflicting great suffering or serious injury by violating the right to return home from Bangladesh in safety); and persecution on ethnic and/or religious grounds associated with those crimes. Other crimes might be added, and the Court would examine varied violations, including sexual violence, when considering the above crimes. In reality, the Court will not directly charge individuals for crimes committed only within Rakhine State, let alone elsewhere in Myanmar, including in Kachin, Shan, and Kayin states.

The ICC’s temporal focus is also tightly restricted. The Prosecutor will not focus on crimes before Aung San Suu Kyi’s National League for Democracy party won elections in 2015, or even before 9 October 2016 – the beginning of one of two waves of violence against the Rohingya that the Prosecutor will address. In fact, the Prosecutor’s request focuses on the second period, from 25 August 2017. Violence against the Rohingya and others in Myanmar has much longer roots.

What to watch for

The ICC Prosecutor has sent delegations to Bangladesh with cooperation from the Bangladeshi government and civil society, but ICC personnel will not formally investigate crimes unless Pre-Trial Chamber III authorises an investigation.

The threshold for the Chamber to authorise an investigation should be relatively low – based on whether there is a “reasonable basis to proceed with an investigation” and the case falls within the jurisdiction of the court. Of particular interest will be the Chamber’s approach towards the serious allegations of sexual and gender-based violence.

Despite the gravity of the allegations and Myanmar’s establishment of multiple investigative mechanisms, these have not yet involved investigative and prosecutorial work that would render an ICC case inadmissible. However, even after this upcoming determination and the earlier decision about jurisdiction, the jurisdiction and the admissibility of future cases will remain subject to review.

The Prosecutor has determined that there are no substantial reasons to believe that opening an investigation would not be in the interests of justice. A Pre-Trial Chamber decision that – contrary to the Prosecutor’s view – an investigation into Afghanistan would not serve the interests of justice is now under appeal. Pre-Trial Chamber III’s approach to that question could therefore generate attention.

The Chamber’s decisions to authorise investigations in Burundi and Georgia took months, not years, after the Prosecutor’s request. The Pre-Trial Chamber’s decision might therefore reasonably be expected towards the end of the year.

What are the implications?

Even if an investigation is authorised, ICC cases take a long time to prepare and prosecute. They will focus on a narrow set of crimes not representative of allegations of violence across Myanmar. The investigation process will be confidential, meaning developments (and arrests) will take time to materialise. Given Myanmar’s opposition, investigations will focus on Bangladesh, where significant existing NGO documentation of violations will not necessarily provide useful evidence for a criminal trial. Yet the ICC will have taken a public step toward securing justice – however partial – for international crimes in Southeast Asia.

If the authorisation is not given, the ICC is also certain to face criticism, especially if the Chamber’s reasoning is not clear and substantiated. The IIMM will continue its work, though still only for crimes committed after 2011. Targeted sanctions may remain.

For the many activists working across Myanmar for justice in its many forms, the ICC’s decision is unlikely to radically change day-to-day operations. Their projects will continue well into the future.

The reporters most vulnerable to life-threatening harm are either low-profile or based in provinces – especially both.
Elizabeth Buchanan 13 Aug 2019 06:00