Despite all the bluster, Donald Trump’s effect on foreign affairs has been too shallow to last beyond him. 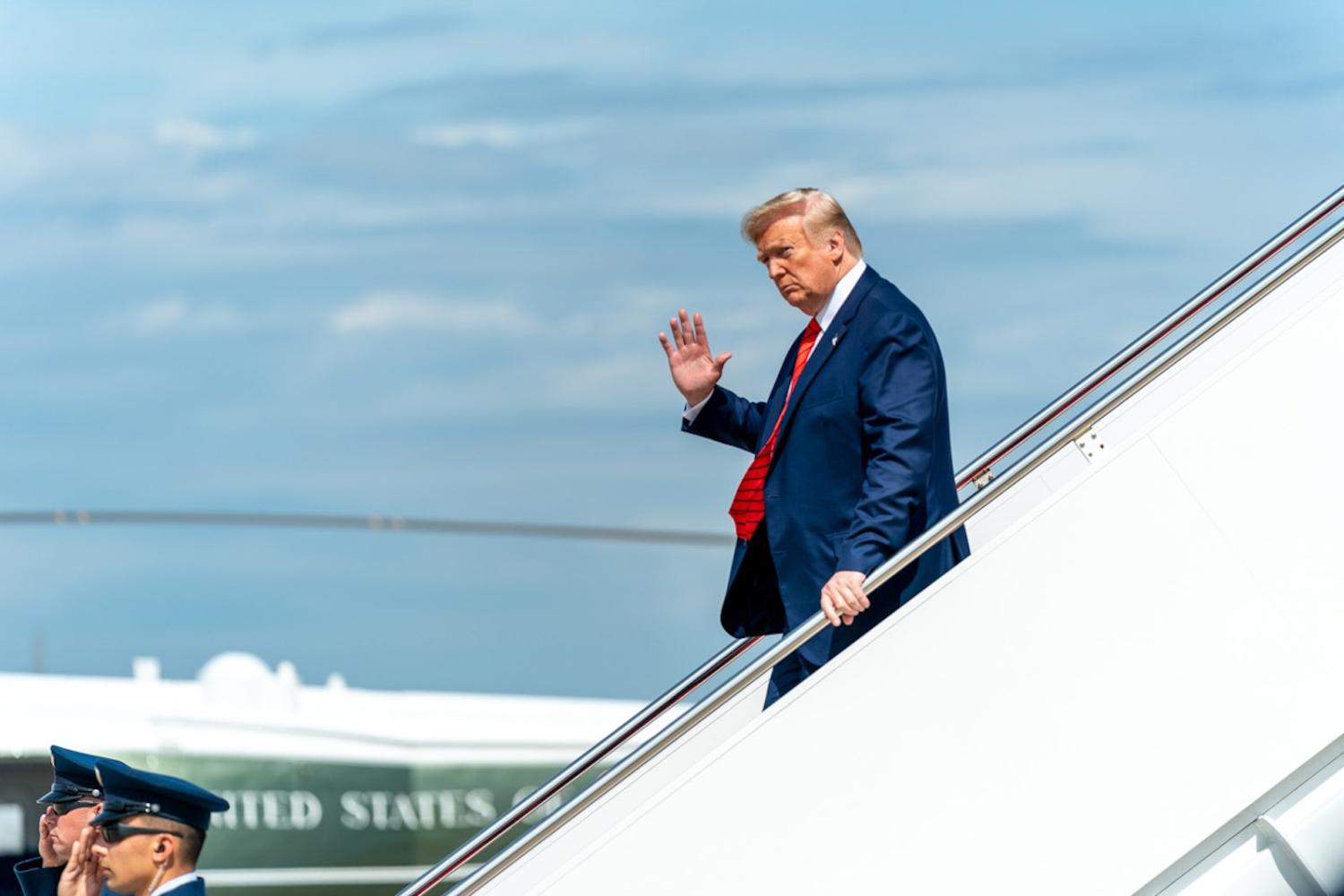 US President Donald Trump’s greatest impact will inevitably be felt in American domestic politics. He has dramatically changed the Republican Party and similarly radically changed expectations for the behaviour of the president. It is unclear if an impeachment effort can roll that back. Trump has likely permanently altered US politics.

But Trump has also affected US foreign policy, of course. And here there is large potential for an impeachment of Trump to stabilise US foreign policy ­­– specifically, to push it back towards its previous form. The reason is that Trump is nearly alone in the US foreign policy community in pursuing “disruption”, and Trump has no real alternative to the status quo to offer.

The result of this incoherence is not a worldwide shift towards populist nationalism in the relations among liberal states. Rather, it has bred a waiting game. US allies remain broadly committed to the international order.

Trump has induced chaos, but that seems to be its own reward for him. If Trump’s target is the liberal international order, he has offered no alternative to it. As realists and retrenchers have pointed out for years, Trump is not really one of them. It is not really clear what a Trump Doctrine might even be. Hence a removal of the president’s gleeful chaos-making will most likely bring a snap-back to previous US liberal internationalist commitments.

In the short-term, things may get worse. Trump will likely become more desperate as the Ukraine scandal accelerates. He may endorse a diversionary war with Iran or Venezuela, or, more likely, accept a lopsided deal with North Korea just for the sake of a foreign policy “win”. The latter might even net him the Nobel Prize he so desperately wants, a powerful public relations tool against impeachment.

Trump will also likely ramp up attacks on US allies as freeloaders during the impeachment investigation. This Trumpian favourite allows the president to construct zero-sum contests which he can easily win. US allies are often asymmetrically dependent on US security guarantees. For most of them, it is still cost-beneficial to spend more on defence or base-hosting than to force a breach with an unpredictable US president.

Also, US allies are inclined to see Trump, at this point, as a bizarre outlier or weird wrong turn in US foreign policy, one to be temporarily tolerated with a forced smile. For the moment, US friends are waiting out this strange limbo. Should Trump be elected to a second term, however, his presidency will seem more like a structural shift in US foreign policy thinking – towards a bullying unilateralism. Allies will likely start hedging in response, and Trump will find it harder to extort them. But for now, during the impeachment, Trump can likely rely on cheap foreign policy victories at the hands of grudging allies.

But as impeachment grinds on and Trump finds himself more and more boxed in, this foreign policy erraticism will likely temper. Team Trump will become obsessed with domestic politics – both the impeachment effort and the 2020 election – effectively ignoring everything else. Trump himself has already gone over-the-top, suggesting that his impeachment could ignite a civil war and that his opponents are treasonous. This will almost certainly worsen, and paradoxically as US politics becomes more toxic, its foreign relations will moderate, if only because Trump ignores foreign policy to focus on saving himself by any means necessary.

The real change, though, will be over the long run. The removal of Trump would suddenly reduce the most important instigator of international trouble among the democracies. Much ink has been spilled over the fragility of the liberal international order or the rules-based order, as if Trump were just an avatar of larger problems bringing it to its knees. Often Trump is lumped in with Brexit and various European populists to suggest there is a wave of rejection of liberalism sweeping the western order. This may be true, but the evidence is mixed at best.

Trump lost the popular vote. Without the Electoral College, a bizarre US constitutional artefact, the whole contemporary discussion of populism eroding liberalism would likely not have happened. Hillary Clinton was pretty clearly an internationalist, and bizarre US efforts to undercut institutions like the World Trade Organisation or the Universal Postal Union would not be happening under her presidency.

Similarly, Brexit passed by just a few percentage points and has so deeply riven British politics that it remains unclear it will ever happen. Andrew Sullivan recently pointed this out: for all the hype that Trump and Brexit were a watershed, they have actually changed very little in a permanent way. Trump’s chaos is just that. He is not actually replacing the liberal international order as much as stirring it up, adding more problems, and then walking away as it resets and tries to deal with new problems Trump has just added.

Here at last is the real outcome of a Trump impeachment – a likely reset of liberal internationalism, rather than its overthrow. The presidency of the United States has become an enormously powerful office over the last several decades – the “imperial presidency”. As such, Trump wields inordinate influence. So his chaos-producing ways can plunge global institutions into disarray.

But Trump has neither (a) created an intellectual movement around his efforts which might give some meaning or coherence to foreign policy “Trumpism”, nor (b) put anything in the place of “globalism”. It is not clear if Trump has any real foreign policy convictions beyond tariffs. Worse, Trump seems to like “globalism” when it means foreigners investing in the US, foreign allies supporting his various sanctions regimes, or foreigners paying into his family hotels and global enterprises. Trump’s opposition to neoliberalism is paper-thin.

The result of this incoherence is not a worldwide shift towards populist nationalism in the relations among liberal states. Rather, it has bred a waiting game. US allies remain broadly committed to the international order. They are not defecting on trade deals, the WTO, climate change coordination, and so on. Nor is the US foreign policy community, which remains broadly supportive of forward US basing, trade deals, international institutions, and so on.

Even realists and retrenchers see value of regimes and rules. Hence if Trump is impeached, he will likely leave no foreign policy footprint behind – chaos to be sure, but not revolution in policy. Trump has not created a foreign policy Trumpism or a coalition in the West to support it. The most likely response then is a snap-back to the status quo ante.

Previous Article
Jumping at shadows: The great Aussie conspiracy to bring down Donald
Next Article
Can the ICC bring justice to Myanmar?

Using inflation prospects as the sole criterion for policy-setting was always a convenient simplification for central banks.
Fabrizio Bozzato 22 Jun 2017 17:46

Who will abandon Taiwan next?

A ‘cascade’ of countries flowing from Taipei to Beijing isn't likely any time soon. Nonetheless, the question remains – who’s next after Panama?
Lisa Louis 21 Apr 2020 14:00

Airlines could be nationalised, global supply chains severed. Will a once familiar market-led dogma survive the crisis?