A division between politics and economics, especially the biggest firms, end the constant temptation provided by developmentalism.

South Korea at last has a new president, Moon Jae In. Moon is a liberal, and that has absorbed much of the political discourse since his inauguration. There is anxiety on the right that he will strike a generous deal with North Korea. Similarly, there is discomfort on the American side with Moon’s foot-dragging on missile defence. In a country routinely menaced by the world’s worst tyranny, it is no surprise that North Korea issues are taking over the agenda. But it is worth noting that foreign policy did not power Moon’s victory; corruption did. Moon’s predecessor - it is now painfully clear - was grossly corrupt. Former President Park Geun Hye is currently in jail because of a vast influence-peddling scandal that descended into the bizarre and surreal. Even Park’s corrupt friend’s personal trainer managed to get in on the action (yes, really).

Corruption is the central issue of South Korean domestic politics

Every South Korean president since democratisation has been investigated for corruption. One – Roh Moo Hyun – even committed suicide over the allegations. Corruption scandals routinely break out in sectors as diverse as energy, transportation, or electronics. Another recent president once said, 'the entire nation is rotten'. Transparency International, the anti-corruption NGO, lends support to this interpretation. South Korea is ranked a mediocre 52 out of 176 countries judged, with a raw score of just 53 out of 100. Japan, which is right next door and with whom South Korea shares a similar development model, scores a much superior 20 out of 176 and a raw score of 76 out of 100. Polling in South Korea found that 30% of the country thought it was the most important issue of the recent presidential campaign.

Now that corruption has brought down a presidency as well, it is arguably the biggest issue in South Korea politics. Moon would not even be in the Blue House without the special election that was called in response to an impeachment over corruption. Other macroeconomic indicators are fair if not good. Unemployment, inflation, national debt, poverty, and other ills are broadly under control. Growth is solid, and by the GDP per capita measure, South Korea is a developed country. So the South no longer needs to focus on headline growth. Rather cleaner growth is required, particularly a cleanliness at the top that will allow South Korean presidents to govern uncrippled by endless scandal.

This has been broached before of course. And there is much scepticism that it can be really tackled because of the nature of the South Korean developmentalist state. The government constantly reaches into the economy to ‘guide’ it. In practice, this means lots of meetings between bureaucrats and businessmen, so there are lots of opportunities for graft. The government’s response is to pass ever harsher anti-graft laws. (At this point, my students can not even give me a Coke or a candy bar.) But this is unlikely to work; the level of surveillance required it is nearly impossible. What really needs to happen is a division between politics and economics, especially the biggest firms. That would end the constant temptation provided by developmentalism. But that would not just be a minor technical or legal shift. Rather it would a real revolution in how South Korea is governed and how South Koreans think about the state. So the hurdles are high.

South Koreans are not any more prone to graft psychologically – a notion the South Korean media sometimes throws around in desperation to explain this. Rather corruption is likely an outcome of constant enticement. The more businesspeople interact with bureaucrats, politicians, and regulators, the more opportunity there is for favours to be traded – regulatory relaxation for cash, or government ‘investment’ in exchange for bribes. Put up a wall between business, and bureaucrats and regulators, insure that they simply interacted less often in informal environments, and it this would not happen so much.

From gift-giving to corruption?

This structural issue could be changed, but a harder problem is cultural. Korea has a gift-giving culture, rooted in its Confucian and communitarian heritage. This is not especially unique. Anthropologists have long noted reciprocity and gift-giving ways in traditional cultures, which South Korea was until just a century ago. This habit has held on here, even as South Korea has modernised. That modernisation has happened so fast that many non-Weberian or non-legalistic traditions persist.

Nor is gift-giving is a bad thing! It is mark of community commitment and caring for others that South Koreans give gifts when they meet or come to each other’s homes. It thickens and deepens a ‘we-feeling’ among people, which is good in itself, and good for democracy. But in the context of capitalist modernity, gift-giving can easily look like bribery. My students, for example, occasionally bring me little things, like a coffee or a snack, and I sincerely believe they are doing this to be friendly and polite. No American student I ever taught did this and I have never had the sense that they want a specific quid pro quo. But I suppose it is possible. But such gifts are now forbidden.

The Korean government has really wrestled with this conundrum. It realizes that gift-giving is culturally deeply rooted. And it senses the communitarian benefit. But it is now also clear that this can be used to informally extort. The response has been to increasingly read gifting as the latter rather than the former. The government has passed ever harsher anti-graft laws. So now if my students bring me anything, I reject it. It is unfortunate. It feels almost rude. But perhaps this level of formality is necessary to curb the problem. Still though, there is a social loss to this strictness.

Both the developmentalist, state-and-business-working-together model, and gift-giving reciprocity behaviour have deep social roots. Changing both will be tough, a social revolution even. President Moon could create an anti-corruption ombudsman and look to Transparency International for other policy suggestions. However, this is likely not a legal-technical issue to be solved by a new law or agency. It is more cultural-social; addressing entrenched social patterns of industrial organisational and inter-personal interaction. Moon’s tough talk on the chaebol suggests some interest in trying.

The good news though, is that South Koreans are not apathetic about corruption. It may happen a lot, but there are also a lot of investigations. It is not swept under the rug. South Koreans become quite incensed over this and act. No less than the head of Samsung Group and the former president are now in jail for scandal. So progress is possible. 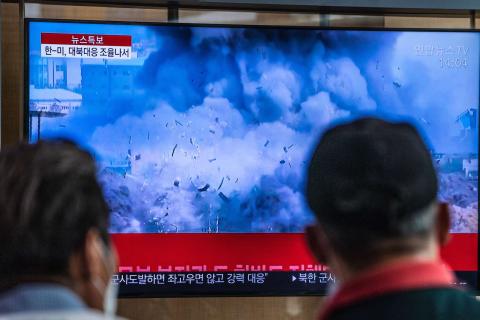