Cautiously optimistic: Chinese students keen to get back to Australia

A data analysis of internet sources from within mainland China shows positive sentiment towards education in Australia. 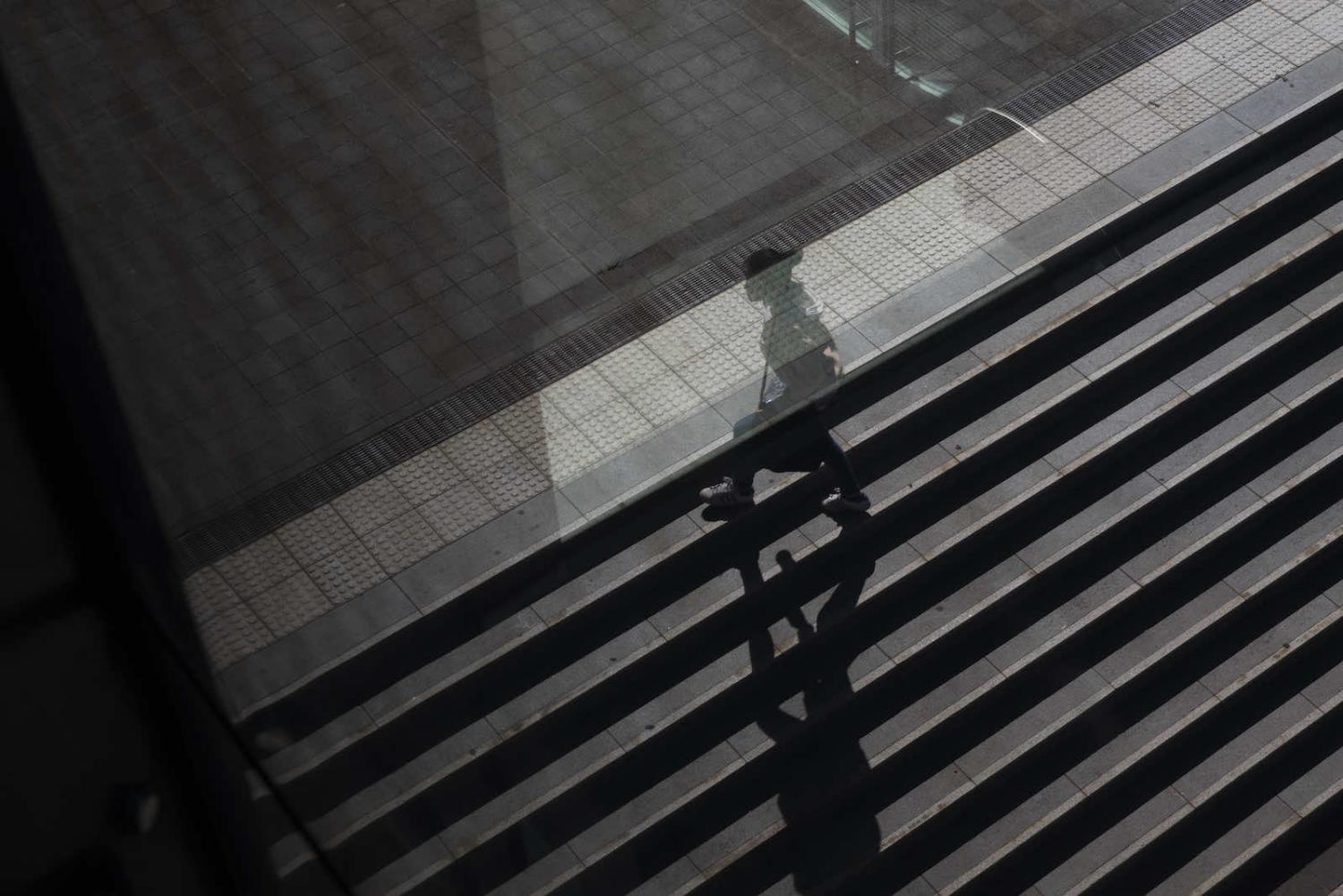 An education in Australia relates to lifestyle, experiencing Western culture, living in a safe country and having access to a recognised and valued health system – a multitude of benefits beyond getting a degree (Brent Lewin/Bloomberg via Getty Images)
Published 16 Nov 2021     Follow @choy_elisa

Of all the negative social effects of Covid-19, one that has been particularly concerning for Australia has been the decline in student migration, including from China, the major source country that provides 30 per cent of overall international migration stock. Numbers of international students present in Australia fell from 620,000 in March 2020 to 423,000 in March 2021, although the relative decline in Chinese migration has not been as strong, and numbers by August had risen to 552,491.

Chinese student migration to Australia is a very large source of revenue, generating a significant percentage of the overseas student revenue for the tertiary education sector. Estimates by Deloitte in 2014–15 placed the total value of international student migration to Australia at 18.8 billion. Further, 19.7 billion is predicted to be lost by 2023 by virtue of Covid-19.

Both universities and the federal government benefit financially from this migration insofar that it offsets the need for public investment in education. As such, a crucial question is whether these students will return once borders open in coming weeks and months.

Chinese are interested in Australia not only as a location of quality education but also for lifestyle factors.

To answer this issue, we conducted a study that used AI-powered strategic market research techniques, in particular a form of Natural Language Processing, to measure public sentiment toward societal trends, here Chinese views on education in Australia. To do this, we used a much larger data pool than any survey could garner ­­– all open-access internet sources from within mainland China conducted in Chinese Mandarin. Our aim was to find out what the Chinese think about education in Australia and other competitor countries to whom they offer education services – the United States, the United Kingdom and Canada – through an analysis of how the Chinese engaged with publicly available online sources on this topic.

This data pool includes what they looked for on search engines, including large search engines such as Baidu and WeChat, what they read, and how they discussed the topic with others on blogs, social media and online comments.

Naturally, measuring sentiment is not the same as measuring action – in this case, payment of university fees and admission into Australia of Chinese citizens. However, positive sentiment is a good indicator of potential future action. In order to address this issue of how the Chinese feel about Australian education at present, we looked at how Chinese users on the entire publicly-sourced internet felt towards education in Australia, and how this has changed since November last year.

First, of all of the four countries considered for Chinese sentiment towards education, Australia came out as having the strongest affect measures of engagement (indicating future demand). Sentiment towards education in Australia was overall positive. Australia was followed by Canada, then the United States and United Kingdom. The level of engagement with Australian education by the Chinese market increased significantly since we last tested this in November 2020.

Second, Chinese internet users are engaging with all levels of Australian education from primary school through to tertiary education. These results suggest that the Chinese recognise and value the quality of a wider spectrum of education offerings than is generally assumed. An education in Australia relates to lifestyle, experiencing Western culture, living in a safe country and having access to a recognised and valued health system – a multitude of benefits beyond getting a degree.

Naturally, decisions of Chinese citizens to actually migrate to Australia in coming months will be affected not only by our future immigration settings but how Australia’s international relations with the Chinese government will evolve.

This also adds to the migration story where the Chinese are interested in entering Australia not only as tertiary international students but also considering the educational opportunities for their children if they come as skilled immigrants. They are also interested in Australia as a destination to acquire educational training to become teachers and well as university academics themselves.

The Chinese are interested in Australia not only as a location of quality education but also for lifestyle factors, such as parks, “ambience” and multicultural Chinese-friendly suburbs, in particular Hurstville in Sydney, which has a high number of prestigious primary and secondary schools as well as an established expatriate Chinese community. In contrast, Canada is prized mainly for its lower educational costs and also comparatively easier immigration pathways.

Third, the Chinese appear appreciative that state and local governments in Australia have sought to help Chinese international students during Covid-19. As a result of these actions, state governments, particularly the Victorian and South Australian government, are being viewed favourably and a time when in 2020, temporary migrants were otherwise excluded from federal government support, notably JobKeeper. Victoria was the only Australian state to participate in China’s $1.2 trillion foreign and economic policy, the Belt and Road Initiative, which has since been cancelled by the federal government. China is South Australia’s largest two-way trading partner, emphasising for the Chinese the importance of cultural exchange and relationships in building sentiment and interest and in attracting international students.

At the same time, the federal government’s prolonged “hard” border closure from March 2020 was viewed as being “difficult” by Chinese internet users. This suggests that the Chinese market is sophisticated and understands well the differences (and even conflicts) between federal and state policies towards immigration and overseas students.

Fourth, we can test not only the changes in sentiment over time but also its intensity and descriptors. Chinese sentiment to Australian education is almost entirely positive and this has improved since 2020. There are strong expectational cues among the Chinese for Australian education, which is a promising signal for Australia (despite the heated political discourse between Canberra and Beijing). They are waiting for borders to open and are ready to act, which provides a good basis to forecast a better-than-expected recovery of international student migration moving forward.

Naturally, decisions of Chinese citizens to actually migrate to Australia in coming months will be affected not only by our future immigration settings but how Australia’s international relations with the Chinese government will evolve, particularly around issues of trade. Racist attacks on international students have at some times in Australia and New Zealand been related to drops in international student enrolments. However, at the time that the data was collected (August 2021), these factors did not appear yet to be affecting Chinese outlook on international education in Australia, which was almost resoundingly positive.

We should note one caveat in these data findings. Due to Chinese government media ownership and censorship laws, content and media voices on the Chinese internet are in a “bubble”. Outside influence into mainland China is monitored. However, we also note that the Chinese state is more likely to control the narrative around its own operations than around Australian policy and sentiment, so we have less concerns about bias with these findings than with issues related to Chinese politics.

In short, these findings should breed confidence in Australian policy-makers and university chiefs around possible future trends in student migration, should the policy settings to facilitate a return to international student migration be favourable in 2022 and 2023.

Another key finding is that when crafting educational opportunities for Chinese citizens, Australian governments and university leaders should be considering not only tertiary education but also linkages with primary and secondary school opportunities as well as vocational training as positive sentiment exists across all of these areas of the Australian education experience. Finally, when advertising the Australian education experience in China, education providers should emphasise the lifestyle, health system, and natural beauty of Australia, as well as our good primary and secondary schooling opportunities, that may facilitate migration pathways moving forward.

Regardless of whether Australian forces are enlisted in any anti-Iran campaign, there is a risk that our troops, aircraft or ships in the Middle East may find themselves targeted in any Iranian retaliation.
Ben Bland 28 Jun 2021 10:00