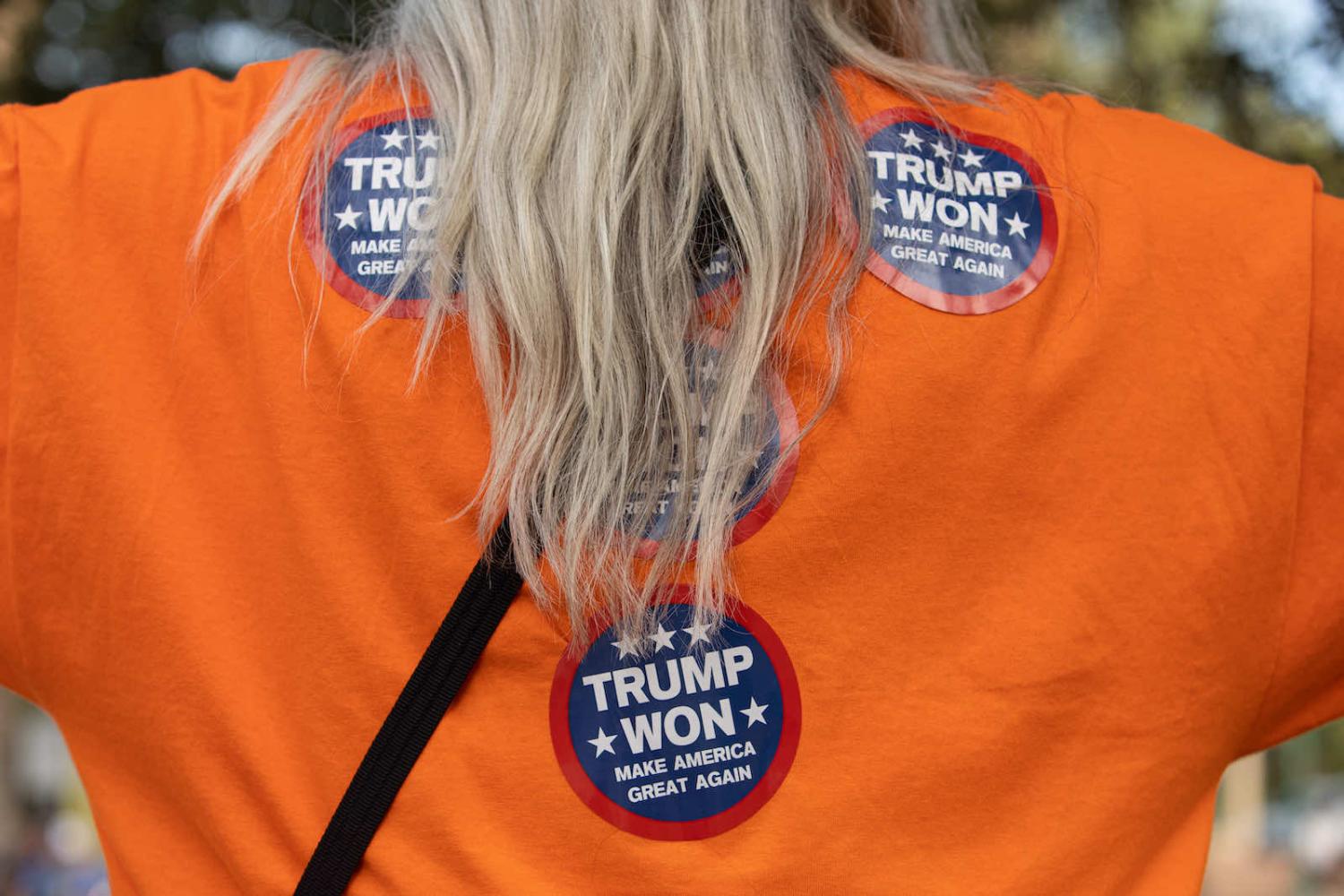 It would be reasonable for Australians to feel some annoyance at being, once again, on the receiving end of an odd mixture of criticism and sympathy from America’s far-right personalities. In recent months the conspiracists have been theorising that America’s tough and free Anglosphere buddy down under, is no longer free, due to “Covid tyranny”.

Historically, Australians could dismiss this type of crazy relatively quickly. But given the recent experience of Donald Trump, it makes sense to ask, does what America’s far right say matter?

Yes, it matters. But only indirectly.

Pauline Hanson notwithstanding, America’s far right isn’t likely to win many converts in Australia. Australian history and culture broadly works against the far right, and Australians are less politically inclined to demands around personal liberty and choice over fairness and solidarity.

In an earlier time such comments delivered by a prominent Republican governor who hopes to run for president would have been shocking and ideally disqualifying.

These cultural differences are exacerbated by how little America’s far right cares to know about Australian politics. For example, Australians will remember the storyline around a deep-state conspiracy that involved the conservative monarchist Alexander Downer as “a wannabe spy and [Hillary] Clinton errand boy” engaged in a plot to discredit the Trump campaign.

The anti-government angle of this conspiracy aligns with earlier far-right fantasies about the violent police state that descended on Australia when gun regulations instituted after the Port Arthur massacre left everyday Australians unable to defend themselves. The current narrative around Covid tyranny in Australia follows a similar template.

For example, in September Tucker Carlson, the popular Fox News anchor, had a 12-minute monologue on the rise of totalitarianism in Australia. Carlson spoke about Covid-19 restrictions and enforcement (closed borders, contact tracing, vaccine requirements, etc), and used video clips that were either misleading or pulled from some of Australia’s less reputable news sources, to compel a sense of outrage and alarm among his viewers.

Carlson closed the segment with a warning that the fall of Australia is instructive to Americans:

Maybe the lesson is things can change very quickly. One moment the English-speaking world is mocking China for being dystopian and autocratic. The next moment they’re aping China and hunting people down who are two blocks from their homes and smoking a cigarette.

With a broad following among Trump supporters, and three million people tuning in on a nightly basis, Carlson exercises significant influence over Republican political leaders seeking access to his viewers.

Texas Senator Ted Cruz recently expressed his condolences to Australians on Twitter, lamenting Covid tyranny in the (once great) “Texas of the Pacific”. Commentators on the left celebrated the fiery response offered by Northern Territory Chief Minister Michael Gunner. But Cruz is generally shameless and Gunner’s role as a government official disqualifies him to those who fear government control.

Ron DeSantis, the Republican Governor of Florida, and vocal opponent of pandemic restrictions that impact personal freedoms in any way, is not only disappointed in Australia: he wonders whether the United States ought to maintain diplomatic relations with Australia. Speaking at the International Boatbuilders Exhibition in Tampa in late September, DeSantis concluded that given the nature of Australia’s approach to the pandemic:

[t]hat’s not a free country. It’s not a free country at all. In fact, I wonder why we would still have the same diplomatic relations when they’re doing that. Is Australia freer than communist China right now? I don’t know. The fact that that’s even a question tells you something has gone dramatically off the rails with some of this stuff.

In an earlier time, these comments, delivered by a prominent Republican governor who hopes to run for president, would have been shocking, and ideally disqualifying. But post-2016 they simply sounded Trump-like, or perhaps even Trump-lite.

Australia generally avoided being the target of Donald Trump’s ire throughout his presidency (despite a rough start for Malcolm Turnbull), therein faring better than most of America’s allies. But the real threat to Australia post-Trump – albeit an indirect one – lies in a Republican Party that continues to operate without reasonable boundaries around far right fantasies (like a stolen election).

Will Trump run and win again in 2024? Maybe. But it’s important, for sanity’s sake, not to borrow trouble from the future.

Instead, let me offer that, in the short-term, Glenn Youngkin’s victory in the Virginia gubernatorial contest last week, and the strength of other mainstream Republican candidates, felt like a return to normalcy for the Republican Party.

Youngkin’s campaign still trafficked in the culture wars promoted by the far right, but early analyses suggest that Youngkin won Biden voters based on real issues. In the context of the pandemic, Youngkin responded to feelings among suburban parents that Virginia’s “excessive and extended school closures” harmed students academically and socially, and impacted the well-being of families.

(Over the course of the pandemic the Democratic Party became closely aligned with the teachers’ unions and school boards that urged an abundance of caution around school openings, even after the vaccine was widely available to teachers.)

For anti-Trump Republican elites who felt they had no choice but to vote for Biden in 2020, the success of a candidate like Youngkin generated a palpable sense of relief. They were happy to come home to the party they knew and loved. The 2022 congressional elections will be a steeper climb for mainstream Republicans with far-right challengers likely to emerge during the primary season.

In the meantime, hopefully Australia falls off the far right radar in coming weeks as they shift their focus to the perennial War on Christmas.

Both sides of the conflict understand the Western news cycle and try to use it to their advantage by providing their own version of events.
Gary Hogan 1 Nov 2016 16:38

Finding common ground in the Australia-Indonesia bilateral relationship is getting easier these days, driven by two shared strategic realities: China is coming; and the US is going.
James Curran 11 Aug 2017 11:58