Protecting ocean resources can sometimes require extreme measures from which there is no way back. 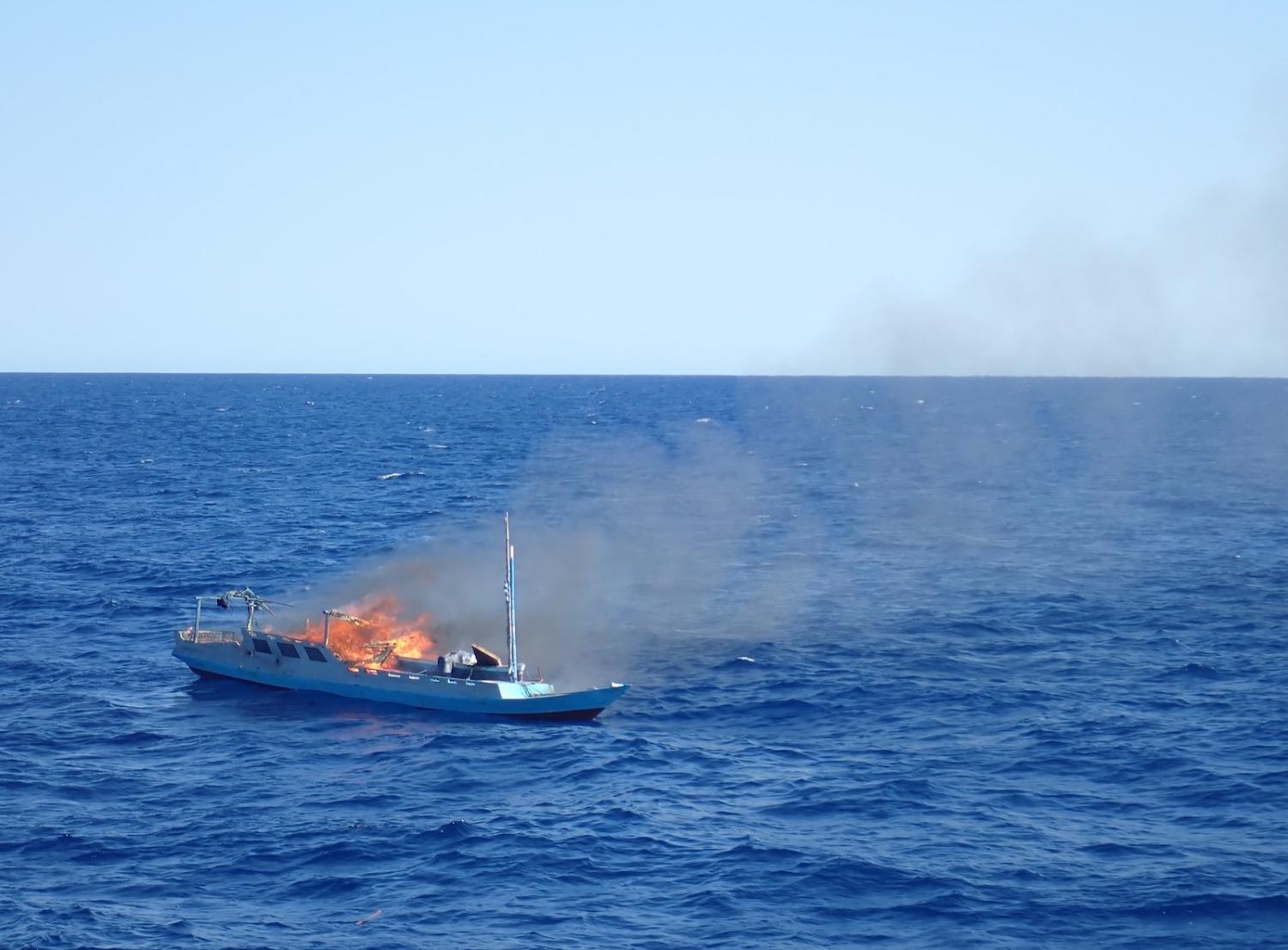 Authorities in Indonesia, through the Ministry of Marine Affairs and Fisheries, quickly sought further details. Interdictions at sea regularly pique sensitivities – and the timing could prove awkward with Australia’s Foreign Minister Marise Payne about to visit Jakarta. While waiting for an explanation, the Ministry announced that it would postpone the Jawline-Arafura joint maritime patrol with Australia.

Australia has a history of burning Indonesian fishing vessels found inside its economic exclusion zone going back decades, and this latest case marked the second time in 2021. In 2019, Australia destroyed an Indonesian fishing boat found with an illegal catch of shark fins, and earlier, in 2017, Indonesian vessels were destroyed in waters near Darwin.

Indonesia has its own history of sinking vessels found to be intruding in national waters. During the first term of President Joko Widodo, Indonesia sunk hundreds of illegal foreign fishing vessels. Then Maritime Affairs Minister Susi Pudjiastuti claimed sinking vessels would be effective as a deterrent to illegal fishing, and Indonesia has also strongly supported the campaign against Illegal, Unreported and Unregulated (IUU) fishing as a transnational crime. Although Indonesia is no longer actively sinking foreign vessels, and Susi has since left office, she openly supported Australia’s actions and encouraged Indonesia to again step up its efforts to combat IUU fishing.

Even though the Indonesian government is obliged to protect its citzens, it should still support measures to combat IUU fishing.

But is it legal under international law to burn illegal foreign fishing vessels in littoral states’ economic exclusion zones?

Under Article 73 of the United Nations Convention on the Law of the Sea, coastal states have “sovereign rights to explore, exploit, conserve and manage the living resources in the exclusive economic zone” and this extends to taking “such measures, including boarding, inspection, arrest and judicial proceedings, as may be necessary to ensure compliance with the laws and regulations”.

However, Article 73 also makes clear that “[a]rrested vessels and their crews shall be promptly released upon the posting of a reasonable bond or other security”.

So this leaves open the question of whether Australia, or Indonesia for that matter, has fulfilled the “prompt release” obligations for crews even in the event the vessel is destroyed?

According to ABC News, Rear Admiral Mark Hill of the Australian Border Force said the Indonesian fishers were not surprised: “They’re accustomed to it because sadly we see a few recidivists.” So it appears clear that Australia is also burning the boats with the hopes of creating a deterrence effect.

Payne’s visit to Jakarta for a meeting with her counterpart Retno Marsudi offers the two countries a chance to discuss maritime cooperation. The past experience of asylum seeker boats travelling from Indonesia to Australia makes the issues familiar, but continued dialogue is important. IUU fishing is becoming more of a focus as sustainability and marine environment concerns garner a wider global profile.

But sovereignty questions will continue to be challenging to navigate. Even though the Indonesian government is obliged to protect its citzens, it should still support measures to combat IUU fishing, including Australia’s burning vessels policy, to show it doesn’t have a double standard in law enforcement.

Previous Article
The forest for the trees: trouble at the Poland-Belarus border
Next Article
Australia and the American far-right conspiracy

Should Italy turn a shade of populist or nationalist, will we see yet another crisis in Europe?
13 Jan 2018 08:00

Foresight and pragmatism missing in Australia’s relations with China

Beijing’s man in Canberra misjudged our tolerance for a bully. But why is Australia alone pushing for a Covid inquiry?