Covid-19 has spurred rumours and local tensions, but economic fortunes of the region are increasingly bound to Beijing. 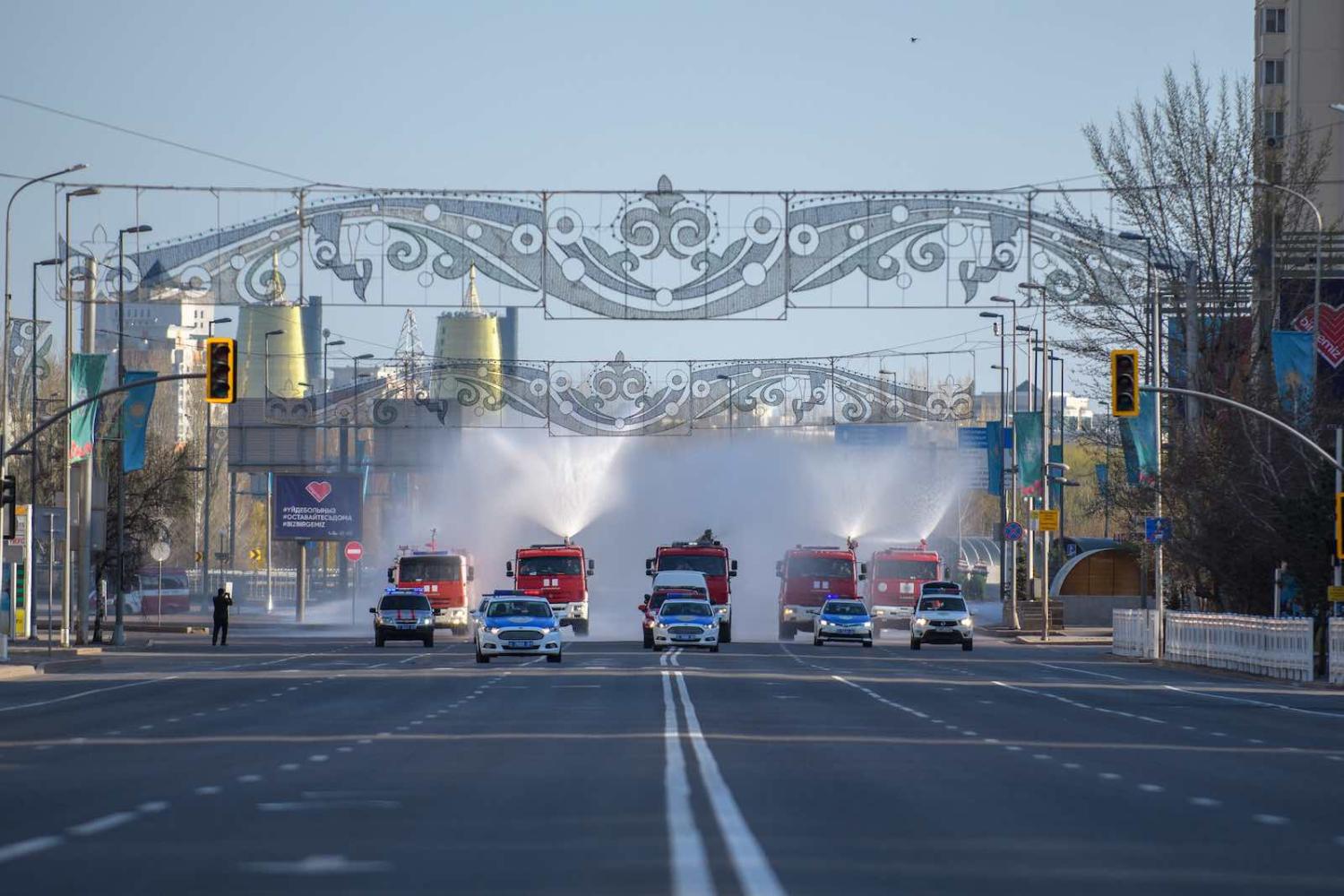 For China, the Covid-19 question is answered by more Belt and Road. As Foreign Minister Wang Yi put it at a press conference during the 13th National People’s Congress in Beijing last weekend:

Given the bad press China has been generating, it might be hard to see how Beijing can pull this off. But in places such as Central Asia, such promises resonate.

Central Asian countries have been making all the right noises about wanting to get Belt and Road Initiative–type projects and ideas moving once again. In some ways, they are already proving to be one of the first stepping stones of the Health Silk Road – the articulation of Covid-19 response under the BRI’s expansive umbrella. Having sent aid to China as the virus first emerged in Wuhan, the Central Asians are all now beneficiaries of Chinese aid, which has come in the form of repeated shipments of PPE, doctors, video conferences, aid to military and more. Conveniently, the Health Silk Road was first publicly mentioned by Xi Jinping during a 2016 speech in Uzbekistan.

Of course, China is not universally popular. While medical diplomacy has dominated, there have been considerable tensions, too. Ethnically Chinese people have been harassed in markets in Kyrgyzstan, Kazakhstan and Tajikistan, with a Kyrgyz MP making a call in parliament for their isolation and for them to wear masks in public. In mid-February, relations in Kyrgyzstan boiled over to the point that a planned $280 million Chinese-built logistics centre project had to be suspended. In Kazakhstan, the Ministry of Foreign Affairs hauled in the local ambassador after an article appeared in the Chinese media saying that Kazakhstan wanted to return to China.

And last month, Chinese MFA spokesman Hua Chunying piled into a Russian-initiated conspiracy theory about how American funded bio-labs built to help former Soviet states manage their dangerous weapons after the collapse of the USSR were in fact the potential source of Covid-19. Kazakhstan hosts a number that were specifically name-checked in both Moscow and Beijing. The net result was articles in the Kazakh press saying that as far they were concerned, both the US and China should leave their country. Independent polling appeared to support this.

But what the Central Asians really want is for the Chinese economic monster to get moving once again. Wedged between China and Russia, the Central Asians have suffered the triple whack of a slump in commodities prices, a drop in remittances from migrant labourers usually in Russia (which is also suffering a major Covid-19 outbreak as well as slump in oil prices) and the economic slowdown in China. These are countries whose economic future is inevitably tied to China in some way. The tyranny of geography guarantees this no matter how hesitant they might sometimes feel.

China’s infrastructure projects have bound the region together both in Beijing’s considerations and local economic fortunes.

The result has been a fertile terrain for seeking more BRI. At the front of the queue are the Kyrgyz whose leader President Jeenbekov has already reached out to Xi Jinping to seek to renegotiate their debt burden with China (amongst other international debtors) – debts that have been accumulated under the rubric of the BRI. He also sought to reopen Kyrgyzstan’s land borders with China as soon as possible to get trade moving once again. Irkeshtam and Torugart were closed in late January, and it is not yet clear they have been reopened.

Uzbekistan has also been eager to make things happen. During a conference call meeting on 19 May that the Uzbeks convened with Kyrgyz and Chinese counterparts, they sought to hurry the construction of a rail link connecting them all. From the Uzbek perspective, while understandable restrictions were placed on road transport during the Covid-19 crisis, this meant that “railway remains the safest and most reliable mode of transport.” It was also announced in May that China Development Bank was approving a loan of $309 million to allow Uzbekistan Airlines to purchase three Boeing 787-8 Dreamliners.

But the Central Asians are most keen on getting more income now. And while commodities prices may have slumped alongside demand, China has continued to increase its purchases of oil from Kazakhstan. Chinese purchasers also made a collective request to the Uzbek, Kazakh and Turkmen energy companies to collectively reduce their gas sales to China. While such a joint request is necessary to reflect the nature of regional infrastructure, it also highlighted how China’s infrastructure projects have bound the region together both in Beijing’s considerations and local economic fortunes.

This means more BRI is the answer to the downturn. An echo which resonates through the halls of the National People’s Congress in Beijing.

Both Moscow and Kiev have pointed fingers at the other as the cause of the crisis in the Kerch Strait – who’s to blame?
Tom Eck 15 Feb 2019 15:30

The seeds sown 100 years ago have resulted in the freedoms enjoyed in South Korea by over 50 million people today.
Harriet Smith 5 Apr 2017 16:40

This week's links include the retirement of PNG's father of independence, a defence of Australia's seasonal workers program, and milestones in weight-lifting and athletics.