A changing aid landscape in the Pacific

Budget support was favoured during the pandemic, with loans — which must be repaid — also overtaking grants. 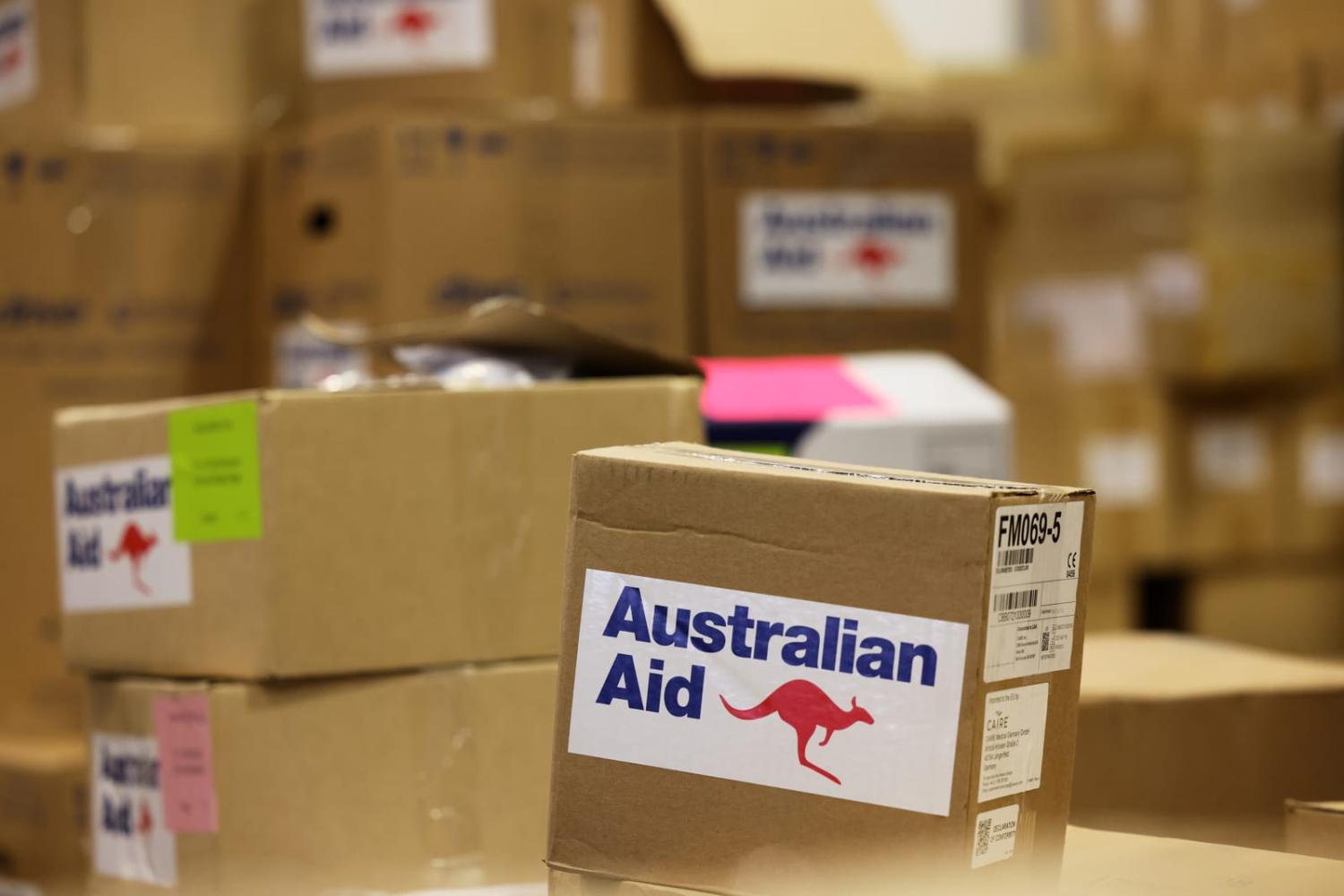 The latest edition of the Lowy Institute’s Pacific Aid Map provides the first comprehensive picture of how official development finance in the Pacific — including grants, loans, and other forms of assistance — has both responded to and been reshaped by the Covid-19 pandemic.

With more than US$4.2 billion disbursed by 50 donors across 14 countries in 2020, development finance flows to the Pacific increased by 36 per cent compared to 2019. Of this, $3.3 billion was in the form of official development assistance – i.e. grants and concessional (cheap) loans – which was also up by a third.

Beyond the headline figures, the 2022 Pacific Aid Map also shows in detail how development finance in the Pacific changed in response to the crisis.

One major story is the rise of budget support as a key delivery mode, with funds from development partners being channelled directly to recipient governments to meet their immediate budget financing needs.

Prior to the pandemic, development partners had generally shied away from providing large-scale budget support to Pacific governments, reflecting concerns about fiduciary risk and development effectiveness. The pandemic clearly forced a dramatic rethink, with budget support seen as a critical means of delivering swift financial support, especially to ensure the continuation of key public services and prevent an even deeper economic and social crisis from taking hold.

Between 2015 to 2019, budget support operations averaged about 4 per cent of total official development finance flows to the Pacific each year. In 2020, that share jumped to almost 40 per cent – reflecting in particular large budget support loans to PNG and Fiji, as well as increased budget support grants to many smaller Pacific economies.

Given the weak outlook for economic recovery and budget repair in the region, a much-enhanced role for budget support could well remain an important feature in the Pacific for some time.

Another important, and related, story is the massive increase in new lending to the Pacific.

Australia has quickly replaced China as the leading source of new bilateral loans to the Pacific.

The record level of official development finance provided to the Pacific in 2020 was almost entirely achieved via a dramatic expansion in concessional and non-concessional lending, rather than providing additional grants. Unlike grants, loans must be repaid – making even concessional loans a much less generous form of support and adding further to public sector indebtedness in the region.

Importantly, the picture of stagnant grants and rising loans is not merely an aberration, driven by the exigencies of responding to the pandemic. It is also part of an otherwise ongoing trend in the Pacific of stagnating grants and rising donor reliance on providing loans instead. Total grant financing to the Pacific has declined substantially over the past decade. Between 2011 and 2016, grants to the Pacific fell by almost 30 per cent in inflation-adjusted terms. After 2016 there was a partial rebound, partly driven by larger than usual “Compact of Association” payments made by the United States to North Pacific countries. Nonetheless, grants to the Pacific were still about 13 per cent lower in 2020 in inflation-adjusted terms compared to the 2011 peak.

By contrast, loans disbursements have steadily risen, in both absolute terms and as a share of total ODF to the Pacific – going from 13 per cent of the total in 2011 to 30 per cent in 2019, before surging further with the pandemic to almost 50 per cent in 2020.

Most Pacific countries are classified by the International Monetary Fund as being at high risk of debt distress (including PNG), or otherwise considered to face considerable debt-related risks (including Fiji). In some ways, the IMF ratings overstate the true degree of debt sustainability risks facing the Pacific while understating their ability to usefully absorb additional low-cost loans from development partners – notably during a crisis. Nonetheless, there is little question that the Pacific debt situation remains precarious, and with limited room to absorb large amounts of additional debt, especially as global interest rates have risen dramatically.

The growing prominence of loans therefore raises important questions about the future of financing for development and debt sustainability in the region. Australia, in particular, is quickly becoming a prominent infrastructure lender in the Pacific. After the creation of the Australian Infrastructure Financing Facility for the Pacific in 2019, Australia’s infrastructure commitments have soared from around A$145 million a year to roughly A$800 million in 2022, mostly in the form of semi-concessional loans, and with roughly a further A$2 billion in lending headroom still to go.

One source of loans to the Pacific has however been in precipitous decline: China. The 2022 Pacific Aid Map catalogues the continued marked decline in China’s official development finance to the region. Financing from China peaked in 2016, at around US$334 million, and has been in decline ever since.

In 2020, China provided just US$187 million in total disbursements, down around 8 per cent from 2019 and primarily reflecting the continued fall in China’s lending to the region. Preliminary estimates for 2021 indicate an even further decline in official development finance flows from China to the Pacific.

Australia, meanwhile, has continued to provide new loans for both budget support and infrastructure projects in the region. With this, Australia has quickly replaced China as the leading source of new bilateral loans to the Pacific.

In a battle of wills in the region, Australia and Indonesia now find the island nations have a measure of leverage.
David Wells 18 Jul 2017 10:12

Australia may prove to be the test case for a policy solution that has far reaching consequences for privacy, technological development and the future of law enforcement operations.
Euan Graham 10 Jul 2018 16:30

New Zealand could change to a strategic “front line” if geopolitical competition in the South Pacific hots up.