Is it only a matter of time before China replaces the US as the predominant military power in Asia? 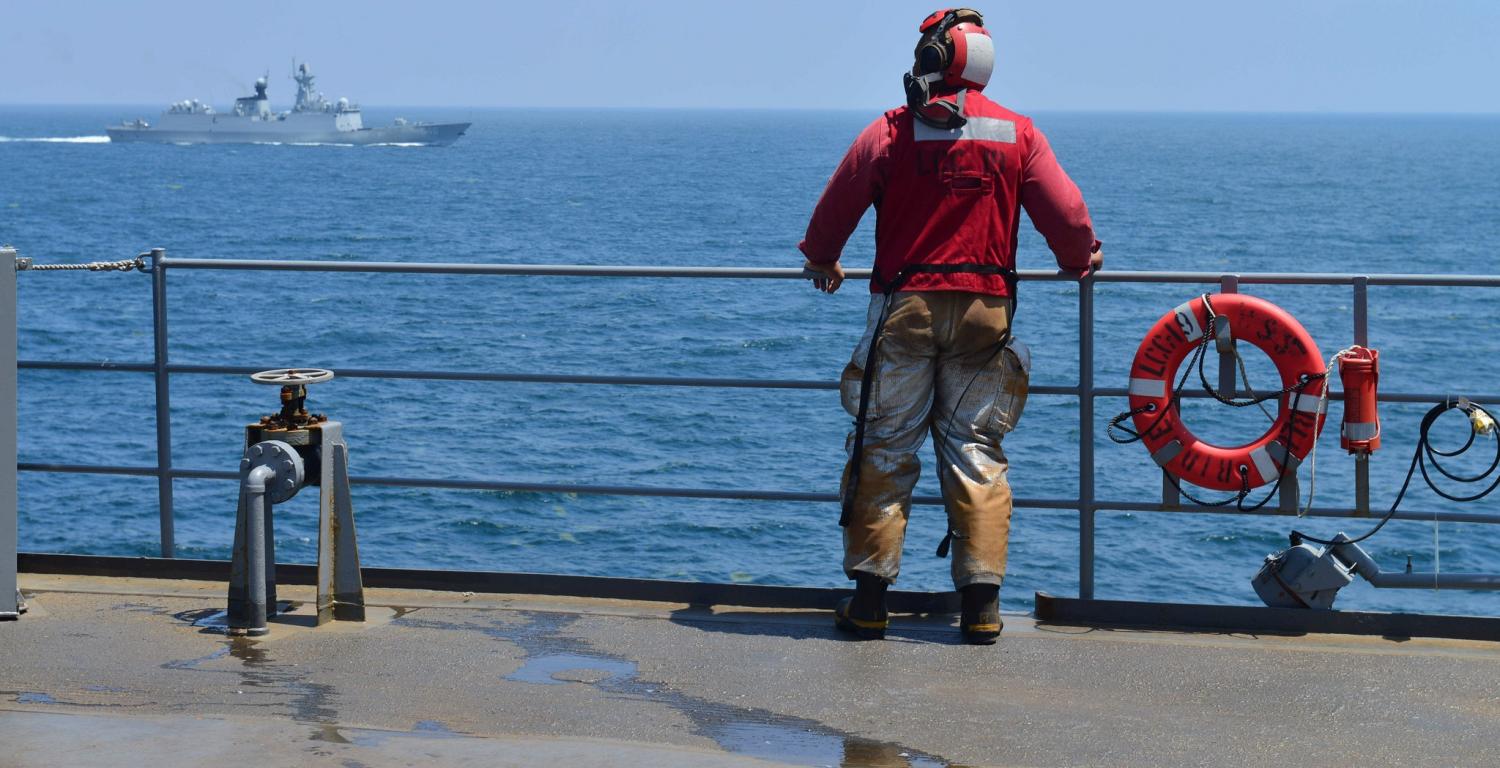 The International Institute for Strategic Studies has launched the 2018 edition of The Military Balance, which tracks the development of military forces around the world. It contains a striking stat about China’s naval development:

OK, this is an isolated factoid, but it illustrates a deeper point about China’s rapid military modernisation. China is now comfortably the second-largest defence spender in the world, yet is maintaining a relatively moderate rate of spending in GDP terms:

If you are American, or an American ally in the Asia-Pacific, this may look a bit alarming. It is tempting to extrapolate: perhaps it is only a matter of time before China replaces the US as the predominant military power in Asia. If military power is primarily an outgrowth of economic power, and China is on track to become a US$42 trillion economy by 2030 versus US$24 trillion for the US (according to Australia’s Foreign Policy White Paper), it seems we are near to calling time on American leadership in our region and inaugurating a Chinese-led order.

But let’s consider a few counterarguments. The first comes from the editor’s introduction to The Military Balance, which points out that the US Navy currently operates 83 destroyers and cruisers that can be considered advanced (that is, with phased-array radar systems and modern air defence missiles), while Asia-Pacific navies can count only 31 – a total that includes not only China but also US allies Japan, South Korea, and Australia. So, China still has an awful lot of catching up to do.

American strategic analyst Michael Beckley recently argued that US-aligned powers in Asia are, in concert, powerful enough to present a formidable obstacle to any Chinese attempt at naval dominance. Although Beckley makes a strong case, it is far from clear whether those countries’ interests in presenting a united counterweight to China outweigh their individual interests in maintaining friendly relations with Beijing. That is a question to be decided by politics, and marks the limit of divining the future based on GDP figures and defence budget trends.

There are technological and geographical reasons to think that China, whatever the size of its navy, will find it hard to dominate maritime Asia in the way that the US has done for decades. For one thing, China is hemmed in geographically. America’s bases around the Pacific have given the US Navy enormous freedom of movement across the high seas, which China may never enjoy. China appears to be trying to overcome this deficiency through foreign basing arrangements – first in Djibouti and perhaps soon at Gwadar, Pakistan – and by building artificial islands in the South China Sea (gaining control of Taiwan would help, too). But China will always be at a disadvantage given Japan’s geography and American presence in the region.

Trends in defence technology will also make it hard for China to replace the US as a maritime hegemon. Naval fleets focused on command of the oceans tend to be built around large surface ships, in America’s case the aircraft carrier. But China has itself played a major role in making large surface fleets more vulnerable, thanks to its investment in so-called anti-access/area-denial weaponry. By developing a network of sensors below, on, and above the ocean, as well as in space, and then marrying the information from those sensors with a wide variety of submarines, ships, and aircraft carrying anti-ship weapons, China has made it increasingly difficult for the US Navy to safely operate its carrier groups close to Chinese waters.

As China builds its large surface fleet, there is nothing stopping regional navies from adopting the same approach. In fact, submarines and anti-ship missiles are becoming increasingly popular. Such weapons systems offer a relatively cheap solution to the problem of countering a much larger adversary.

All in all, it looks as though we are moving not from one maritime hegemon to another, but from hegemony to a multipolar balance. There are a few big imponderables, however: will China achieve a big technological breakthrough that tips the balance against smaller forces, for instance by making submarines much easier to find? Will China’s economy become so important to the region that the political will to resist China’s maritime rise is compromised?

And lastly, does the US really have a strong interest in maintaining its strategic leadership in Asia, or will it decide to gradually cede that leadership because the cost of maintaining it in the face of China’s challenge is just too high?

Previous Article
Sex, Russia ties, and guns debate – what Turnbull takes to Washington
Next Article
Aid and development links: the cost of a job, traffic in megacities, and more

Seoul confronts a panoply of regional challenges – not least that from the other big trading partner in Asia.