China cabinet: the not-so-secret hack, plus the enemy of Freeman

The strange reluctance to call out a “sophisticated state actor”, and Xi Jinping Thought now policed via a mobile app.

In a framework of ideological contest between democracies and authoritarian states, democracies should work with their strengths. It’s true the disheartening performance of many democratic politicians of late has not done much to burnish the franchise. Like the old line made famous by Churchill, “democracy is the worst form of government except all those other forms that have been tried”.

But the separation of powers, free and fair elections, open debate, due process, the accountability of government and above all transparency, together are an old but solid toolkit for democracies in an uncertain age. Or should be. Here’s my free advice: democracies should back themselves. Stand up for their values.

This goes for loudly supporting Australians who are political prisoners abroad as much as calling out nasty, secret bullying like a cyber-attack on the nerve centre of our democracy: our parliament and political parties.

Prime Minister Scott Morrison blamed a “sophisticated state actor” when he revealed the extent of the hack to parliament this week. Cute. It’s almost certainly China, according to most informed observers. Why not call it out? Whose interests are really served by leaving a couple of centimetres of wriggle room on attribution? (China has deadpan denied it.)

Then again, there are those who think values are beside the point.

Retired US eminence Charles “Chas” Freeman Jr tipped a bucket of ice water over the would-be-dragon-slayers in an eloquent, stat-heavy speech at a Florida university this month. A former US ambassador, former assistant secretary of Defence, and highly experienced statesman fluent in Chinese, French, Spanish and Arabic (he was famously Nixon’s translator in China in 1972), Freeman said bluntly that the increasingly bellicose US posture toward China is a symptom of “enemy deprivation syndrome.” As he put it:

After all, we’re the best, Russia’s a rogue, and China’s an unfair competitor. Our patriotism is admirable, theirs is malign.

Audience members picking up their jaws from the floor were in for more blistering insights. The tech rivalry and trade war is doomed, self-defeating and stupid, Freeman said.

Our strategy is not aimed at upping our own performance but at hamstringing China’s. This is more likely to induce intellectual constipation here than in China. The Chinese are not going to oblige us by ceasing to educate their young people, halting their progress, or severing their science and technology relationships with other countries.

Notably absent is any consideration of democratic values, doubts about dictatorship, China’s human rights record, internment camps in Xinjiang. Freeman is remarkably sympathetic to the Chinese position on the South China Sea and Taiwan.

Perhaps not surprising: after his government career Freeman has at times been a controversial figure, having made a bitter enemy of what he called the Israel lobby, served on the board of a Chinese state-owned oil corporation and earned criticism for softball rhetoric on the Tiananmen Square massacre, according to the New York Times.

The speech is still worth reading, not least for its searing analysis of the state of the US polity.

Congress still can’t pass a budget or otherwise set national priorities. When it’s not shut down, our government runs on credit rollovers. Our debt is out of control. So far this century, we’ve committed almost $6 trillion to wars we don’t know how to end. Meanwhile, we’ve deferred about $4 trillion in maintenance of our rapidly deteriorating physical infrastructure. We are disinvesting in our human endowment, cutting funding for our universities and scientific research. Our government is bleeding talent…

The social mobility that once made equality of opportunity a reality in our country has ebbed away. Our wealthy are getting richer; those less fortunate are not. We have the highest percentage of our population imprisoned of any country in the world. That superlative aside, on many other measures of international excellence, we have complacently fallen to levels of mediocrity. Our students are thirty-eighth in math proficiency and twenty-fourth in science.  We rank forty-second in life expectancy, forty-fifth in press freedoms, nineteenth in respect for the rule of law, and seventeenth in quality of life. Need I go on?”

Freeman concludes, “there’s a lot to fix at home before we can be sure we have what it takes to go abroad in search of dragons to destroy”.

Well. At least he won’t go to jail for saying it all out loud.

Finally, spare a thought for the millions of cadres who might have preferred to spend their leisure time playing Honor of Kings or messaging friends: they now have to diligently study Xi Jinping Thought through the Xuexi Qiangguo mobile app. It means “Study to make China strong”, with a play on the General Secretary’s name in there for good measure.

Reuters reports the app, released by the propaganda department last month, was quietly developed by Alibaba. It was the most downloaded app on Apple’s China app store last week. Compulsory engagement helps that. Users earn “Xi Study Points” by wading through the app’s games, quizzes and Xi bromides.

The China Media Project reports that regular use is compulsory for cadres, at least in some work units. As writer David Bandurski put it, “the advancement of the platform is about the real and measurable engagement, and thereby domination, of the individual within the broader Party-led system”.

Nowhere to hide from the thought police now. 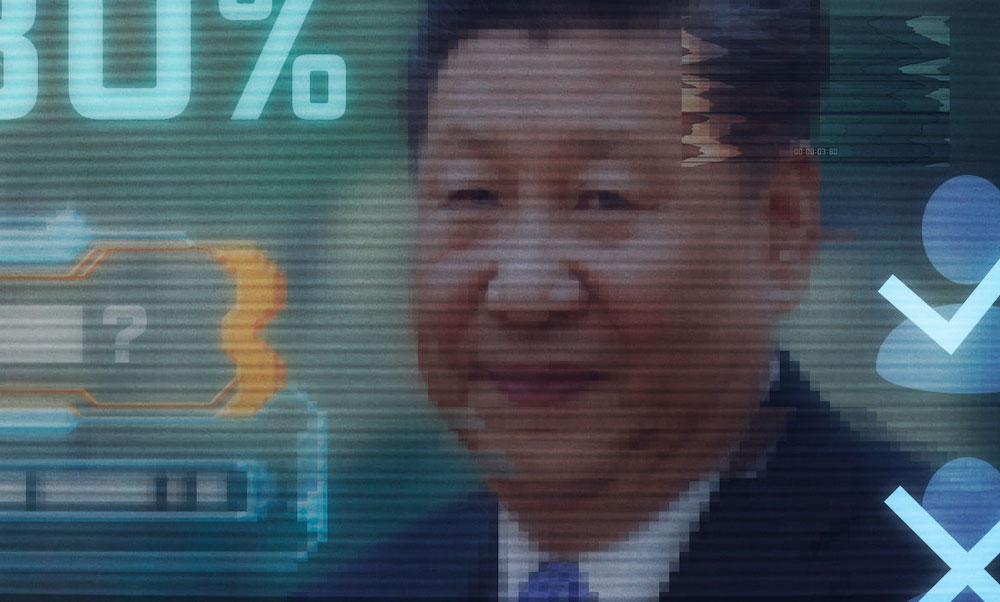 Alliance sentimentalists are wrong to judge the entire heath of the US–Australia relationship through one diplomatic appointment.
Matthew Dal Santo 27 Jan 2017 12:12

2017 will pose more sharply than at any time since the fall of the Berlin Wall the question of what Russia wants from the United States and the world system more broadly.
Rod Barton 9 May 2017 13:00

Sorting truth from propaganda in a war as complex as the Syrian conflict sometimes seems like an impossible task.