How does Australia confront the possibility of Beijing’s economic coercion? 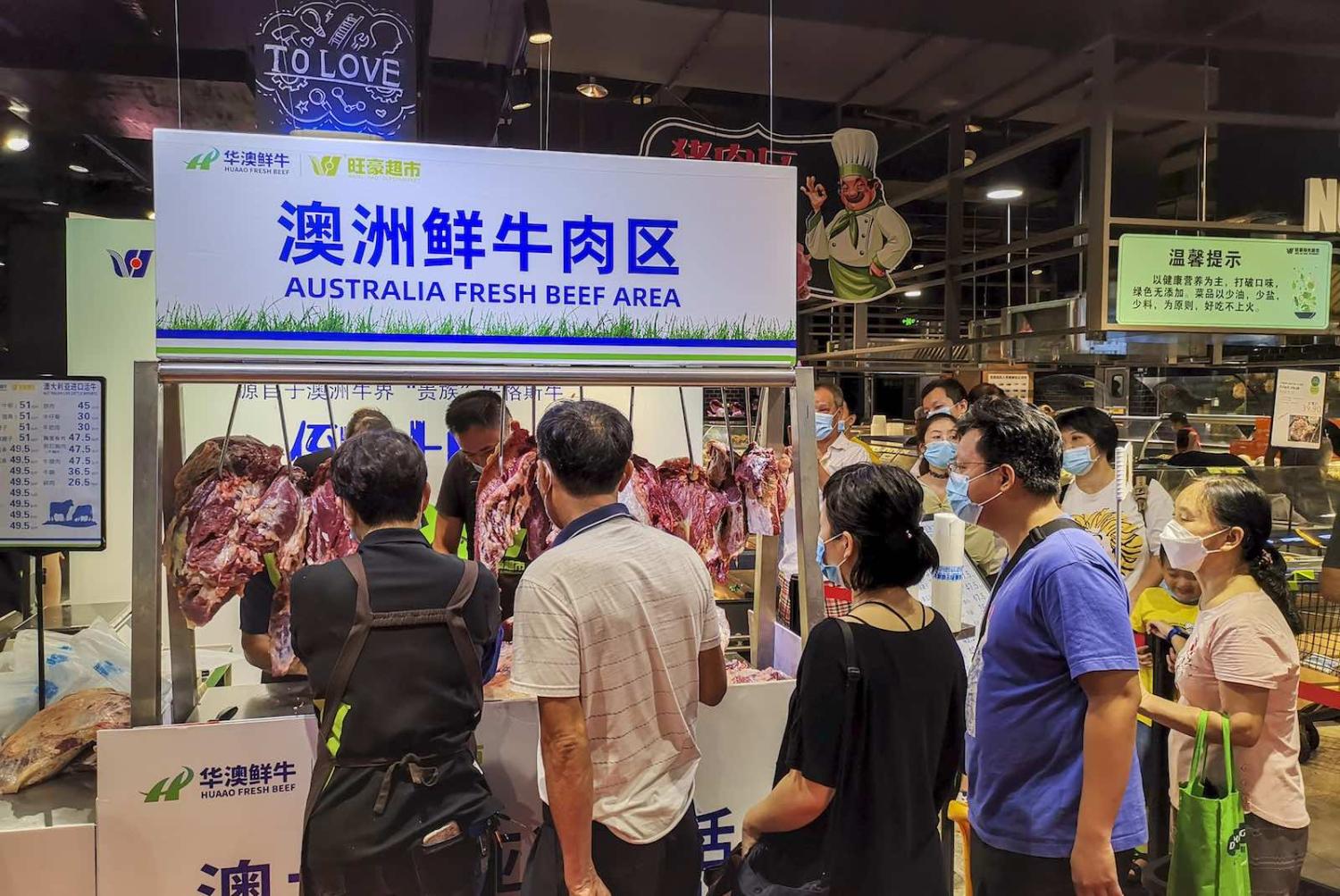 Beijing cutting off Chinese imports or investment to Australia would impose costs. But imports and capital are largely substitutable. There are some specific risks, but these can be addressed on a case-by-case basis. The damage to Australia’s GDP would come if China were to significantly reduce Australian exports. Yes, there would be costs for China, but Beijing’s has shown in the last few months its willingness to bear costs to further its objectives.

So how does Australia diversify exports?

One option is to increase exports to other markets. To meaningfully reduce the share of exports to China – from say, from 33% to 25% – Australia would need to find new markets for $36 billion in exports. This is about the value of Australian exports to South Korea and Indonesia.

In the short-to-medium term, there is no substitute for China.

Businesses need to know about economic coercion when it’s attempted and have a clear understanding of the other the risks of trading with China, from trade disruption to cyber targeting to arbitrary detention.

The other option is for Canberra to set policies that reduce exports to China. Not only would the value of exports to Australia’s largest market decrease, it would also lose an important source of growth to help climb out of recession. By the end of 2021, the World Bank forecasts China’s GDP to be 8% higher than in 2019. Japan, the US and Europe are forecast to have smaller economies in 2021 than 2019.

Australian GDP would suffer. (There would be little difference in costs, whether it was Beijing or Canberra stopping the trade.)

There’s also the possibility Beijing will realise its recent assertiveness has been too costly and moderate its behaviour. If Australia abandons the market, it will take years to rebuild exports.

Then there’s the important people-to-people links from trade. While exporting to China carries the risk of economic coercion, it’s better to wear that risk than not earn the revenue at all. If Beijing’s actions cause lost revenue in the future, at least we have earned it in the interim.

In the long term, however, it is possible to gradually increase the share of exports to the rest of the world. Overexposure to China means there are markets where Australia is underexposed. But accessing these markets will take hard work and a long-term commitment.

Canberra has taken some important steps towards diversifying into other markets, like the India Economic Strategy, hosting the ASEAN Summit, working to maintain the WTO and expanding Australia’s free trade agreement network. But it does not appear to have an overarching strategy.

If diversifying exports is a long-term prospect, how does Australia manage the risks of Beijing’s economic coercion in the meantime?

The most effective way to deter coercion is to not give in to it. Coercion through disrupting trade has costs for China as well as Australia. If Beijing knows it can’t coerce Canberra, it will be less likely to try.

This is basically the current policy: Canberra has said it does not conflate trade and other issues – but it has not fully articulated what this policy means for business. The message should be that Canberra will not give in to economic coercion, and it will not impose restrictions on trade.

Businesses should know that if Beijing attempts economic coercion, they are on their own. The costs will fall entirely on them. Pleading to “fix” the relationship will fall on deaf ears (and be counterproductive).

Businesses should also have the certainty of knowing Canberra will not restrict access to their most important market (except in the most extreme circumstances).

But if businesses are to wear the risks of Beijing’s displeasure with Canberra, as a quid pro quo they should expect from Canberra three things: discipline, openness and support.

First discipline, which cuts in two directions. Canberra must be highly disciplined in the way it talks about Beijing. Substantive policy disagreement is one thing, but it needs to avoid unnecessary provocation. Discipline also means being (and being seen as) firm in not giving into coercion. The hint of giving in will invite Beijing to further test Australia’s resolve.

Second, openness about the risks of doing business with China. Businesses need to know about economic coercion when it’s attempted and have a clear understanding of the other the risks of trading with China, from trade disruption to cyber targeting to arbitrary detention. They also need strategic, longer-term assessments to help guide investment decisions.

If Canberra feels it cannot play this role for fear of upsetting Beijing, it should establish an independent agency that is capable of delivering arms-length assessments (something like the Productivity Commission or Parliamentary Budget Office).

Finally support. Canberra must significantly scale up services to businesses in order to diversify export markets. It would involve increasing resources for agencies like DFAT, Austrade and Tourism Australia to grow the profile of Australia in targeted markets, making it easier for businesses to enter those markets. It would also look at working with like-minded countries to leverage emerging technologies to streamline processes and strengthen the rules of the trading system.

Discipline and openness will enable Australia to stand firmer against attempts at economic coercion, while support will help diversification in the longer term.

Previous Article
On China, the US speaks loudly but carries no stick
Next Article
Battle for Hong Kong takes on a new shape

Veterans are already well supported before shoehorning an American tradition to Australia and ignores service of others.
Roland Rajah 13 Mar 2019 15:30

Climate change has a significant bearing on macroeconomic outcomes such as growth and inflation.
Khalid Koser, Lilla Schumicky-Logan 4 Nov 2022 09:00