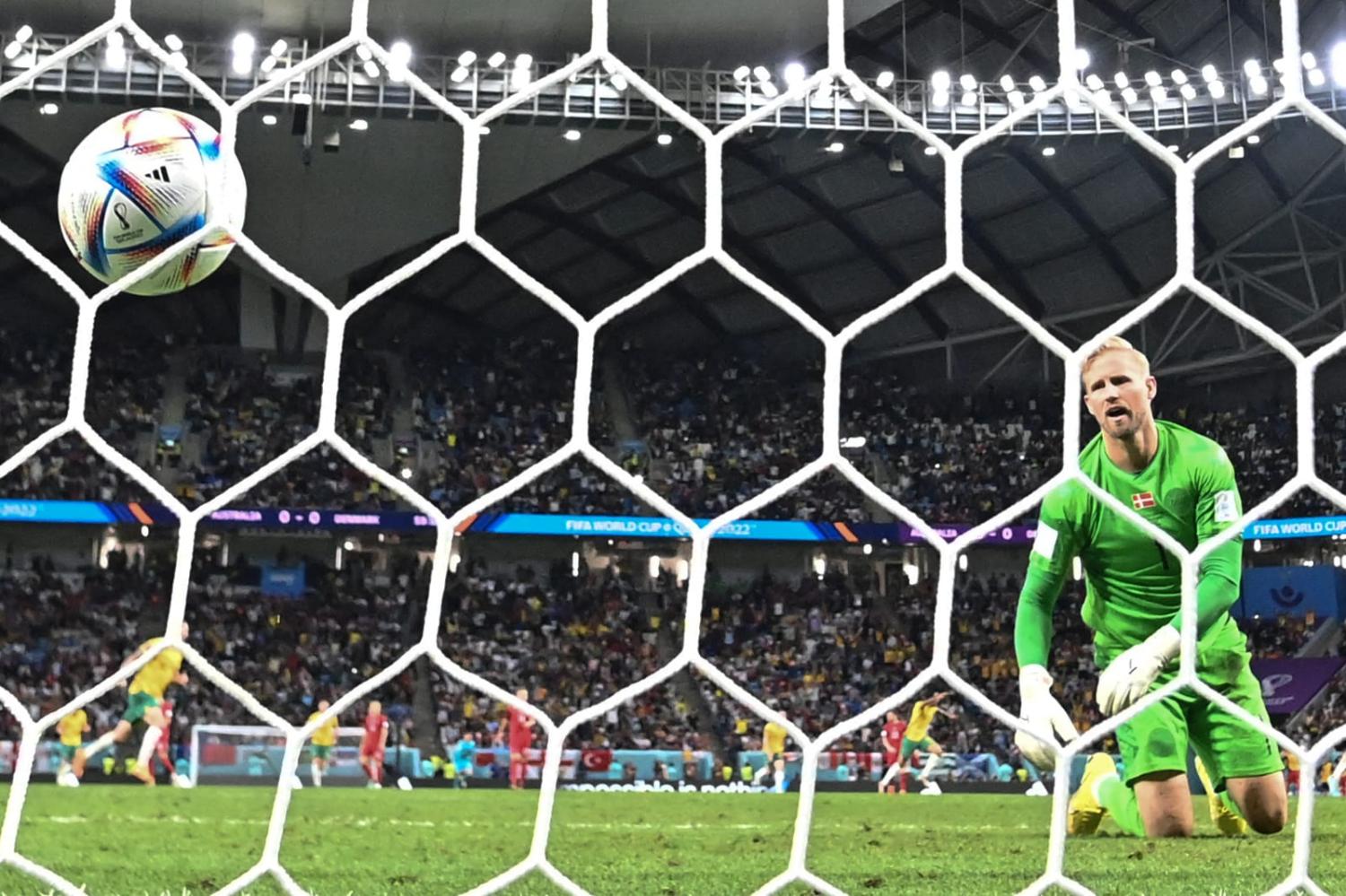 Before Socceroo Mathew Leckie’s remarkable side-step goal to advance the Australian team to the next round of the World Cup, Sports Minister Anika Wells got little attention for her own off-field deft footwork in Qatar last week.

But it was striking to see Wells largely empathising with the challenges facing Qatar as it becomes the latest country to discover that the road to sports diplomacy nirvana is paved with improvised explosive devices.

Maybe the Queenslander ambitiously still sees herself in government come the 2032 Olympics in Brisbane or perhaps she just reflects the Albanese government’s “listening tour” approach to dealing with developing countries. Yet amid the Western commentariat assault on Qatar ranging from gay rights activists to beer drinkers, Wells reflected the more complex diplomatic imperatives surrounding these global sports events.

As the Australian government representative, I came here to put on the table our position, which is that we acknowledge the very worthy advances that have been made in the past 12 years [surrounding workers’ rights in Qatar] and that we want to see that continue ... We all have to be prepared to advance the cause and we all have to acknowledge that we can do better.

And then Wells was followed by the football fan turned US Secretary of State Antony Blinken who also gave Qatar a relative free kick on labour rights by declaring: “We know that without workers, including many migrant workers, this World Cup simply would not have been possible. Qatar has made meaningful strides in recent years to its labour laws to expand worker rights.”

Instead, Blinken issued the red card to the International Federation of Association Football (FIFA) over its management of the broader civil rights issues raised by holding the high-profile lucrative event in a tiny, soft authoritarian Arab nation.

Kicking with the wind

FIFA has definitively embraced the rise of the Global South this century by facilitating the World Cup in South Africa (2010), Brazil (2014), Russia (2018 and a notional Global South member via membership in BRICS) and now the Middle East. This has involved quite rightly chasing the emerging new fan base, but also taking advantage of how these fast-growing, ambitious, often authoritarian countries are prepared to spend big on sport when some old rich countries are more sceptical of the benefits and costs.

While there is still debate about how Qatar was awarded the event in 2010, it certainly seems to have now been mugged by the reality that in the time since, world sport has become much more of a platform for ventilating human rights issues. Qatar instead seemed to be gambling that as a gas-powered, hereditary Islamic monarchy that also hosts both Al-Jazeera TV and a popular global tourist airline, it could slide by the economic development and civil rights tensions involved in FIFA’s embrace of the emerging market world.

As the host of next year’s women’s World Cup and then later the Olympics, Australia’s management of its own indigenous people and Muslim asylum seekers could go viral faster than the on-field performances of its sports stars.

But the bid by Qatar and FIFA to bathe in four weeks of fossil fuel-funded sports soft power has now been disrupted by the shifting sands of global international relations sentiment.

While there have always been sceptics of these sorts of host countries wasting development money or white-washing human rights abuses, they have generally benefitted from a broader acceptance that it is time for the developing world to host these events. Some have even benefited from moral relativism about needing time to improve civil rights, by indeed hosting such global events. Think of the optimism that once surrounded the Beijing Olympics.

But now, between the power of social media and a greater human rights focus in parts of the sporting world, that seems to be changing. And while it hasn’t been much of an issue with the World Cup, countries drawing on carbon-based wealth to fund big events, such as Qatar and Russia (or perhaps even Australia), may face even greater questioning of their expensive demonstrations of soft power in future.

While the long-term balance of world economic activity is still tilting towards the Global South, the pandemic, deglobalisation, rising debt and the China decoupling mean the pace of that shift may be slowing. Indeed, the investment banker who claims naming rights to the BRICS (Brazil, Russia, India, China and South Africa) idea, Jim O’Neill, is now questioning whether FIFA is actually a leading or lagging indicator of the world economy and globalisation.

“Given many major countries’ inward turns in recent years, are the days of even wanting to host the event numbered? Will aspiring emerging-market countries find it increasingly difficult to succeed in staging the world’s most watched tournament?” O’Neill, a long-time World Cup attendee, asks.

Emerging market countries have actually become much more heterogenous than the old rich world since O’Neill coined BRICS, despite an overall decline in democracy. Just contrast the differences in social and political mores in notionally Muslim countries such as Indonesia and Qatar compared with the once very different practice of capitalism in Japan and the United States. So, critics of Qatar’s civil rights standards are likely to face ever more confronting choices about what is acceptable in a global host country as, for example, more populous African countries stake their claim to big events.

In this combustible mix of international sports diplomacy, economics and politics, Wells was astute to tread carefully.

Blinken also provides a two-pronged reply to O’Neill’s scepticism about the World Cup’s soft diplomacy value. His reluctance to join the civil rights assault on Qatar is in line with the changed approach to proselytising democracy in the Biden administration’s latest National Security Strategy statement. Whether it is an autocratic monarchy or state-run petro-economy, Qatar is still the sort of country the United States needs on side in a region of much more unreliable autocracies and theocracies. And with the World Cup shifting back to the rich world – if not the football old world – in 2026 when it will be jointly hosted by the three North American free trade area partners, even the United States will want a clear run at its share of the money-spinning soft diplomacy spotlight.

So, in this combustible mix of international sports diplomacy, economics and politics, Wells was astute to tread carefully last week as even moderate Arab commentators (see here and here) perceived racist double standards in the criticism of Qatar. As the host of next year’s women’s World Cup and then later the Olympics, Australia’s management of its own indigenous people and Muslim asylum seekers could go viral faster than the on-field performances of its sports stars.

Previous Article
Anwar’s victory not the only Malaysian shockwave
Next Article
Australia wants to attract the world’s best? Make it easier to migrate

North Korea poses a challenge for regional security, and so often China has stood to benefit from such instability.
John Edwards 27 Nov 2019 13:30