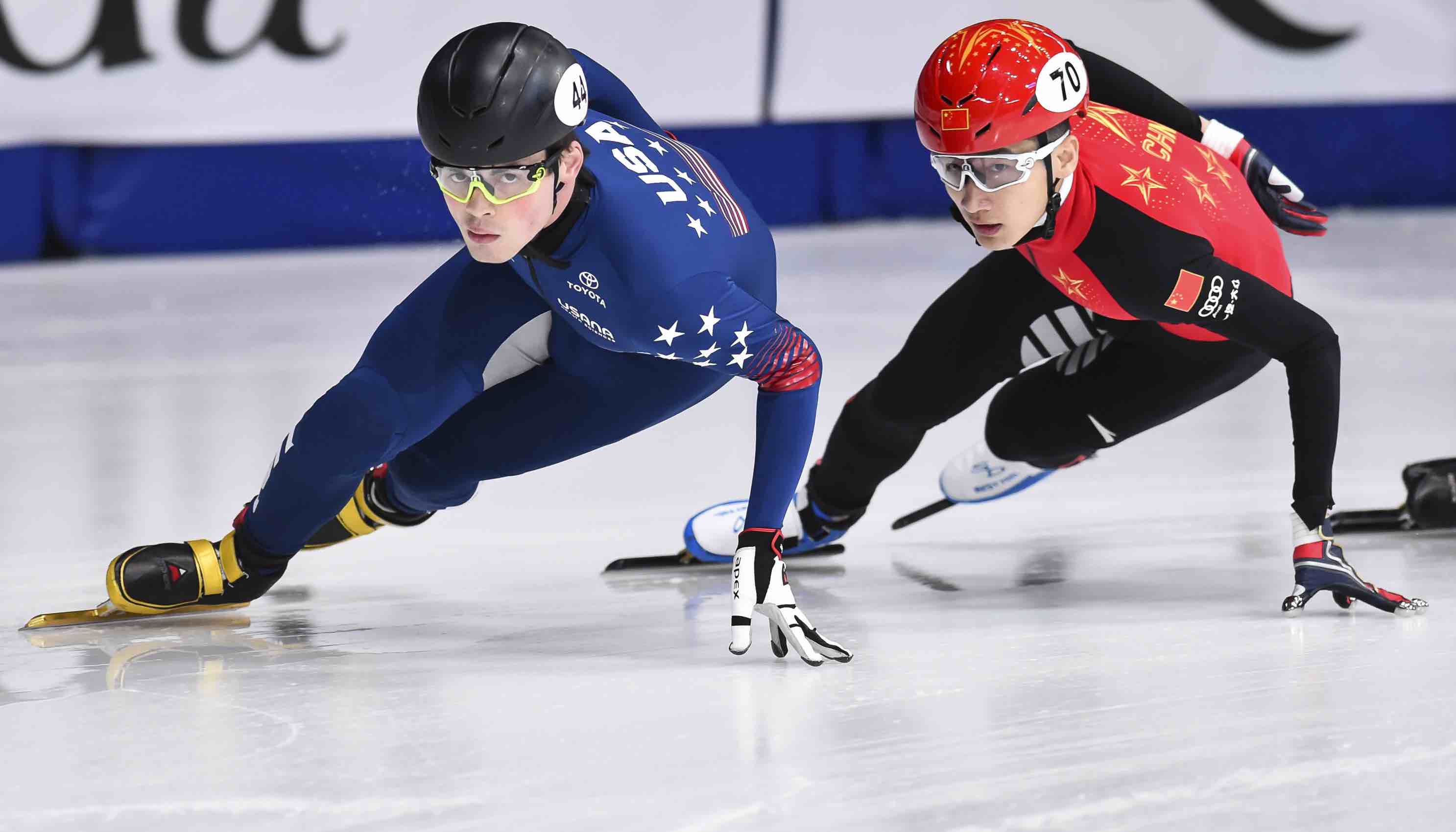 John-Henry Krueger of the US and Hongzhi Xu of China in the World Short Track Speed Skating Championships in Montreal in March (Photo: Minas Panagiotakis via Getty)
Published 9 May 2018 09:00   0 Comments       Follow @SamRoggeveen