China: The Morrison legacy and beyond

Labor is expected to persist with most of the Coalition’s foreign and defence policies. But useful changes can be made. 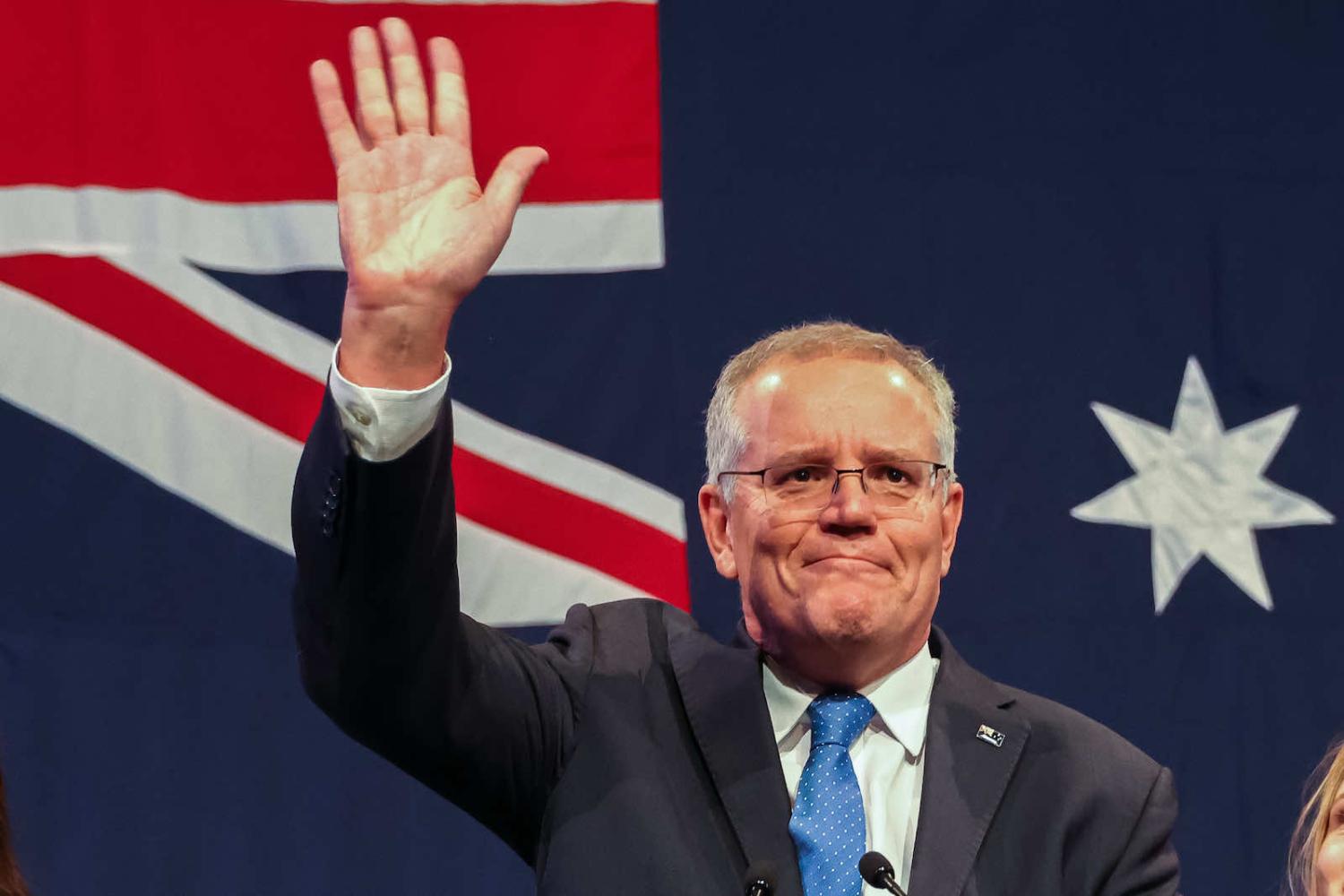 On Saturday Australian voters threw out the centre-right government led by Scott Morrison and elected the centre-left Labor Party, led by Anthony Albanese.

Australia has dealt with so many Chinese pressure points over Morrison’s three-year term – economic coercion, diplomatic pressure, interference in democratic processes, prospects of an expanded foreign military footprint – that it’s worth taking a moment in this brief post-election lull to reflect on what it all means. We can also make some educated guesses about what’s to come under a new government.

The Morrison government’s most commendable achievement was withstanding the economic pressure campaign launched by Beijing in May 2020. Earlier, Australia had passed new laws against foreign interference in Australian politics, and Chinese companies were excluded from a lucrative 5G contract. China’s tariffs and other trade measures against Australian beef, barley, wine, timber and other goods were widely interpreted as Beijing’s payback for these moves.

Australia never buckled. It did not change its policies to suit Beijing, and while Australian ministers tried to break through Beijing’s diplomatic freeze, the Morrison government never debased itself by appearing too eager to talk. It didn’t have to, because Australia’s economic fundamentals were strong. Australia has comfortably withstood China’s economic pressure campaign, with exporters hurt by China’s sanctions all finding new markets.

All signs suggest that the new Labor government will maintain this approach. The incoming foreign minister Penny Wong has indicated that her door will be open, but that Beijing must take the initiative. The new government will not rush to repair ties.

Sensibly, at no point did the Morrison government consider retaliatory trade measures. Why risk escalating a conflict with a much bigger economy if you can endure it and still emerge strong on the other side? What’s baffling about the Morrison government’s China record is that it did not apply this method – call it stoicism or imperturbability – to its broader China diplomacy and its defence policy.

Instead, we got three years of near panic about the implications of China’s rise as a military power. In 2020 Morrison said tensions in Asia reminded him of Europe in the 1930s. More recently he warned of an “arc of autocracy” menacing the world. His deputy, Nationals Party leader Barnaby Joyce, said China was “starting a process of encircling Australia” with military bases. Morrison’s defence minister Peter Dutton accused Beijing of an “aggressive act” when it sailed a spy ship 50 nautical miles off the coast of a submarine communications facility in Western Australia.

There is no likelihood of radical change under the new Labor government, which in opposition had quickly expressed its support for AUKUS and which has promised to match the former government’s defence spending commitments.

Loose rhetoric is one thing; the damage can be quickly repaired. More consequential was the decision to put Australia firmly on the military offensive. In the anodyne language of Australia’s 2020 Defence Strategic Update, the government wanted to “hold adversary forces and infrastructure at risk further from Australia”.

Initially, this meant buying cruise missiles for the Australian navy’s small fleet of destroyers, capable of hitting land targets thousands of miles away. The signal to Beijing was unmistakable.

Longer term, Australia’s plans show vaulting ambition. The government created global headlines in September 2021 by announcing AUKUS, a partnership with the United States and United Kingdom to deliver at least eight nuclear-powered submarines to Australia’s navy. Again, the signal was clear: you don’t need nuclear power unless you plan to operate far from your own shores for extended periods. And when you join the United States in such an endeavour, you’re clearly not planning to withhold this new fleet should America get involved in a scrap with China. Australia is thus tying itself to US plans to hem the Chinese navy in close to its shores.

It’s an entirely unnecessary provocation to Beijing. Yet there is no likelihood of radical change under the new Labor government, which in opposition had quickly expressed its support for AUKUS and which has promised to match the former government’s defence spending commitments.

But every change of government presents an opportunity for a reset. Labor has a chance to put Australia’s defence plans on a new footing and in the process send a less confrontational signal to Beijing.

Among defence observers, scepticism abounds about Australia’s ability to get its nuclear-powered submarines before its existing boats run out their service lives. Even in the US military, which has deep reserves of nuclear expertise, such projects routinely run years late. Australia doesn’t even have a civil nuclear industry to draw on.

Yet the outgoing government categorically ruled out an interim diesel-powered sub. You can understand why. Politically, it would have been disastrous for Morrison to cancel the order for 12 French-designed diesel submarines, as he did in September 2021, only to then tell the Australian public that the country might need more diesel boats after all.

The new Labor government can simply blame the mess on its predecessor and then either order an interim submarine or other weapons that can perform similar missions. The nuclear-powered boats thus become less urgent. And if the AUKUS project later hits big trouble, it could always be quietly deferred to the never-never, which as the poem has it, is a place in the outback “where the dead men lie”.