Afghanistan is not reputed to be the “graveyard of empires” without reason. 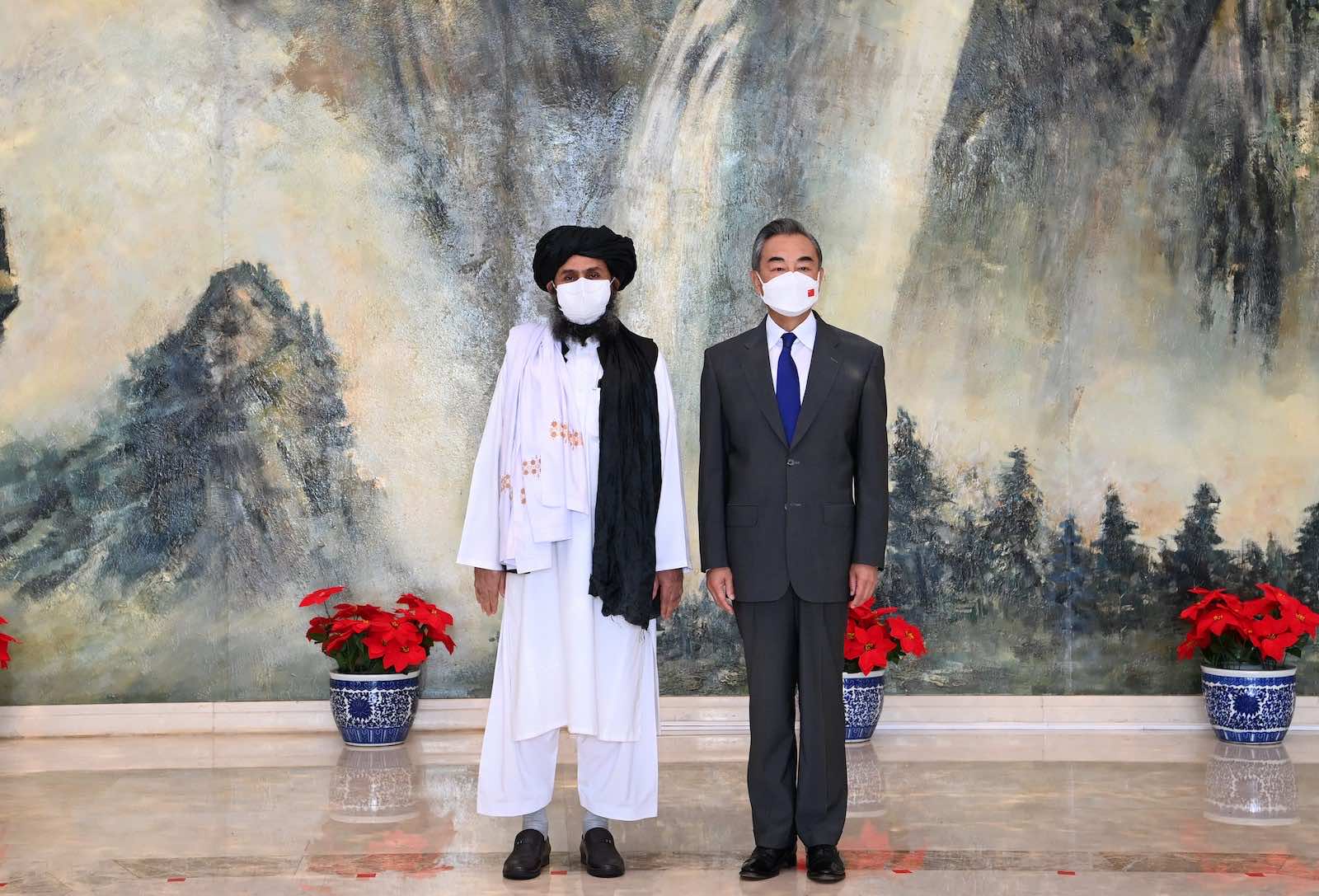 Beijing traditionally looked with discomfort at the presence of US troops in Afghanistan, urging Washington to withdraw. Now, as the security situation in Afghanistan deteriorates, China has changed tack, criticising the US for the “abrupt” nature of its exit. While not baseless, such criticism is indicative of Beijing’s growing anxiety about Afghanistan’s trajectory.

Partly this concern is economic. Chinese firms have first dibs on developing some of Afghanistan’s impressive natural resources. This includes the world’s second-largest copper deposit. But China’s overall economic relationship with Afghanistan is relatively small. It has other reasons to worry about its neighbour.

First and foremost is maintaining a stable border. China’s most pressing security threat in Afghanistan is regularly said to be the independence-seeking militant Uighur East Turkestan Islamic Movement (ETIM). According to a recent United Nations Security Council report, ETIM has approximately 500 fighters in northern Afghanistan, mostly located in Badakhshan province, which adjoins Xinjiang in China via the narrow Wakhan Corridor.

The Taliban has traditionally had a close relationship with the ETIM. Most of Badakhshan is now under Taliban control, but according to some reports, Tajik, Uzbek, Uighur and Chechen fighters comprise the bulk of the local Taliban rank and file, rather than Pashtun fighters. This “transnational jihadi formation” may be difficult to preserve should the Taliban leadership adopt a “realpolitik” approach to cooperating with ETIM to allay China’s concerns.

Aside from the general stability of Central Asia, China is also alarmed at the potential for Tehreek-e-Taliban Pakistan (TTP), the so-called “Pakistani Taliban”, to benefit from the Taliban resurgence in Afghanistan. Though the relationship is complex, the Afghan Taliban has long provided sanctuary to the TTP, said to have even extended to joint operations.

The TTP has explicitly sought to target China-Pakistan Economic Corridor (CPEC) projects, the Pakistani leg of China’s flagship Belt and Road Initiative infrastructure plans. Attacking CPEC targets may have been an impetus for the TTP’s reunification in August 2020. The TTP claimed an attack on a Baluchistan hotel hosting the China’s ambassador to Pakistan in April and may well have behind the recent attack in Khyber Pakhtunkhwa, once known as the North-West Frontier Province.

So far, Beijing’s evolving Afghanistan strategy revolves around a growing panoply of diplomatic initiatives. Beijing has long cultivated ties with the Taliban, offering the armed group blandishments including “sizeable investments in energy and infrastructure projects” in exchange for peace. At face value, this strategy appears to be paying dividends. This month, Taliban spokesman Suhail Shaheen promised – in what was an explicit reference to Xinjiang – to refrain from interference in China’s “internal affairs”. Visiting Tianjin this week, the Taliban’s political chief Mullah Abdul Ghani Baradar again pledged to “never allow any force” to engage in acts detrimental to China.

It is also an open question how China and the at best loosely aligned Shanghai Cooperation Organisation will succeed in brokering peace where the US and NATO, with actual assets on the ground, failed

Regionally, China has unveiled a five-point plan with Pakistan to align the two countries’ Afghanistan strategies as well as laying out a three-part roadmap at the Shanghai Cooperation Organisation, which includes as members China, Russia, Pakistan, India, Kazakhstan, Kyrgyzstan, Tajikistan and Uzbekistan. China’s nebulous initiatives both prioritise facilitating intra-Afghan negotiations and unspecified measures to combat terrorism. Beijing has also pledged to host peace talks, making it clear to Baradar that it expects the Taliban to meaningfully engage in intra-Afghan talks with the government in Kabul.

Beijing’s initiatives should not be dismissed out of hand. However, success is far from assured. There are obvious questions around the willingness of the Taliban to negotiate and the feasibility of sizeable Chinese investments in active war zones. It is also an open question how China and the at best loosely aligned Shanghai Cooperation Organisation will succeed in brokering peace where the US and NATO, with actual assets on the ground, failed.

Above all, experience has shown that the Taliban’s word doesn’t mean a great deal. Pakistan, for all its assumed influence, is yet to convince the Taliban to renounce the TTP. Nor has the Taliban honoured its promises to disavow al-Qaeda.

These realities are unlikely to be lost on China. Yet a military footprint is far from an attractive option. Chinese strategists have long sought to avoid what they view as the mistakes of the West in becoming militarily and even politically (beyond a certain level) entangled in unstable developing countries. Even in Pakistan, despite its extensive economic interests, China has begrudgingly relied on local forces.

However, if the security situation in Afghanistan and Pakistan continues its downward spiral, Beijing’s current approach may not be enough to protect its interests. Rising domestic nationalism and Beijing’s rhetorical claim to great power status, in the face of persistent doubts, may also push Beijing to assume a more assertive role. If so, history suggests Beijing will step into a quagmire.

Show Comments
Previous Article
Why China and North Korea decided to renew a 60-year-old treaty
Next Article
China threatens the West’s primacy, not its democratic systems