The world was too slow responding to the 2014–2016 West Africa outbreak and cannot afford to make the same mistake. 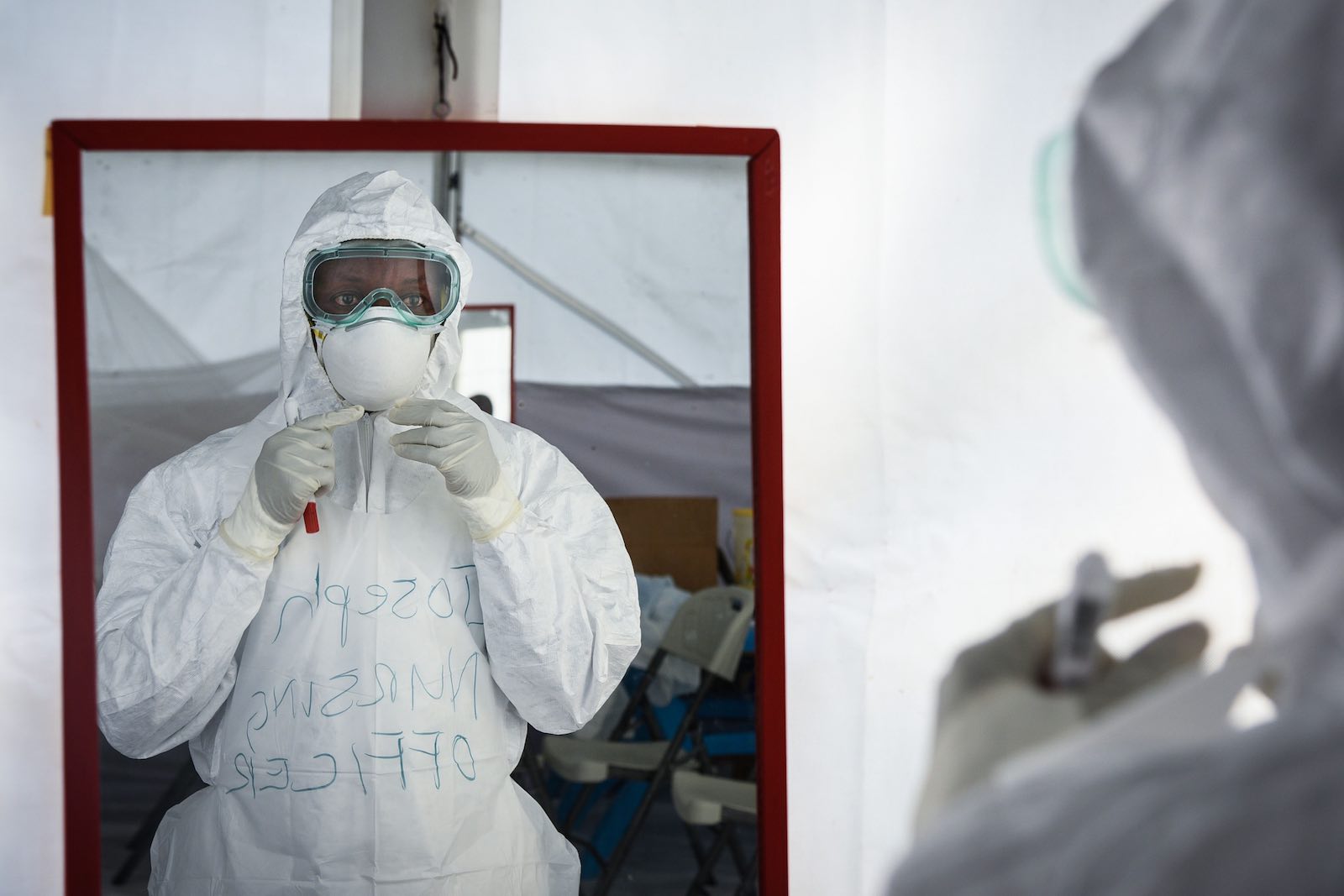 As the one year anniversary of the ongoing Ebola epidemic in the Democratic Republic of Congo’s North Kivu province draws near, the World Health Organisation chief Tedros Adhanom Ghebreyesus has sounded the global alarm about this most recent outbreak of the deadly virus.

Over 2500 cases and 1700 deaths have been reported in the year since the outbreak was first confirmed. Yet the timing of the WHO declaration – known formally as a Public Health Emergency of International Concern (PHEIC) ­– and the protracted duration of the outbreak have raised questions over the management of Congo’s deadliest Ebola crisis on record.

With a recent meeting by the WHO’s Emergency Committee for Ebola virus emphasising the ongoing geographic spread of the virus, shortages of the rVSV-ZEBOV Ebola vaccine and the inadequate response of the international community as key concerns, a globally coordinated response is now essential. Otherwise there is a growing risk of repeating the catastrophic 2014–16 West Africa outbreak, which claimed over 11,000 lives and cost an estimated US$4.3 billion.

The current Ebola outbreak in Congo is the country’s 10th since the virus was first identified in 1976, coming only three months after a smaller outbreak in the Equateur province killed 33 people in 2018.

The epidemic, which originated in the eastern North Kivu and Ituri provinces, but has since been confirmed in Uganda, is complicated by weak infection prevention and control practices, unstable security circumstances, lack of community acceptance and a highly mobile local population.

Congo’s fragile political environment, including the controversial appointment of President Felix Tshisekedi earlier this year and the recent resignation of Health Minister Oly Ilunga Kalenga over Tshisekedi’s handling of the crisis, has further complicated leadership channels in the handling of the outbreak. A case was recently confirmed in Goma, a high-traffic provincial capital on Congo’s Rwandan border and a centre for international flights, hence the call to the international community to mobilise greater efforts to halt the virus’ spread.

Under the 2005 International Health Regulations, a PHEIC is defined as an extraordinary event that constitutes a public health risk to other countries through international spread, and which potentially requires an international response.

The declaration affords the WHO a range of temporary powers including the right to unilaterally share information with other countries and issue temporary recommendations regarding border management, travel restrictions and trade.

The declaration is aimed at preventing the international spread of disease. The final decision for announcing a PHEIC rests with the Director-General, who first convenes an expert emergency committee for a recommendation. The declaration affords the WHO a range of temporary powers including the right to unilaterally share information with other countries and issue temporary recommendations regarding border management, travel restrictions and trade. Yet though organisations have been calling for the declaration for months, the WHO has been slow to issue the mandate during this outbreak. Tedros recently refuted claims that delays in declaring the PHEIC have hindered international financial support.

Historically, the PHEIC label has been politically and economically damaging for the often-fragile countries at the centre of an outbreak, leading to reductions in tourism and trade, and harsher border restrictions. During the 2014–16 West Africa Ebola outbreak, many countries stopped issuing visas to citizens of the affected countries of Guinea, Liberia and Sierra Leone, while most airlines cut-off routes to these nations.

A review of the WHO’s handling of the West Africa outbreak – in which Director-General Margaret Chan was widely criticised for her delayed PHEIC declaration – also highlighted deeper institutional reasons for the WHO’s hesitancy, including concerns over political opposition from member state leaders, a closed-off internal culture at the WHO and past criticism over creating panic by declaring a PHEIC during the relatively mild 2009 H1N1 (Swine Flu) pandemic.

The WHO’s widely panned response to the 2014­–16 West Africa outbreak prompted a period of significant soul-searching. While subsequent reforms such as the establishment of the WHO’s Health Emergencies Program and Contingency Fund for Emergencies have rightfully drawn praise, concerns over inadequate global leadership and ongoing funding shortages remain.

A crucial development following the West Africa outbreak has been the widespread application of the rVSV-ZEBOV Ebola vaccine. First used in a ring vaccination program during the 2018 Equateur province outbreak, the vaccine is 97.5% effective at stopping transmission of the virus, and had been administered to over 90,000 people as of a WHO review of the North Kivu outbreak in April.

While Merck, its manufacturer, has committed to double supplies in 2020, current vaccine shortages have necessitated the used of adjusted dosages, which provide an uncertain protective duration.

The WHO may also consider the introduction of an experimental vaccine developed by Johnson & Johnson. The new vaccine, which had been blocked by former Health Minister Kalenga amidst claims of insufficient efficacy evidence, ethics concerns and alleged withholding of vital information, has garnered the support of Medicines Sans Frontieres and the WHO’s Strategic Advisory Group of Experts (SAGE) on Immunization.

Following Kalenga’s resignation, introduction of the vaccine may be critical to halting the spread of the virus in vulnerable populations.

The WHO’s Expert Committee has called for continued action from the global community, including the anticipation and prevention of negative consequences from the outbreak and a commitment to maintaining open travel and trade arrangements with Congo.

The delayed response of the WHO and the wider international community to the 2014–2016 West Africa outbreak was a crucial and avoidable failing that resulted in thousands of deaths and billions of dollars in spending. A timely, coordinated global effort this time around will be essential to preventing a similar disaster.

Tedros has echoed these calls for a scaled up response with a plea for increased global financial support, estimating the cost of containing the outbreak in the hundreds of millions of dollars. “Unless the international community steps up and funds the response now,’ he warned, “we will be paying for this outbreak for a long time to come.”

Show Comments
Previous Article
Does a US flag on the Moon amount to a claim of sovereignty under law?
Next Article
China’s head-spinning defence white paper