Coping with crisis: How much “resilience” is on display?

Covid-19 shows the idea people triumph alone over adversity is a myth – it takes the support and resources of a society. 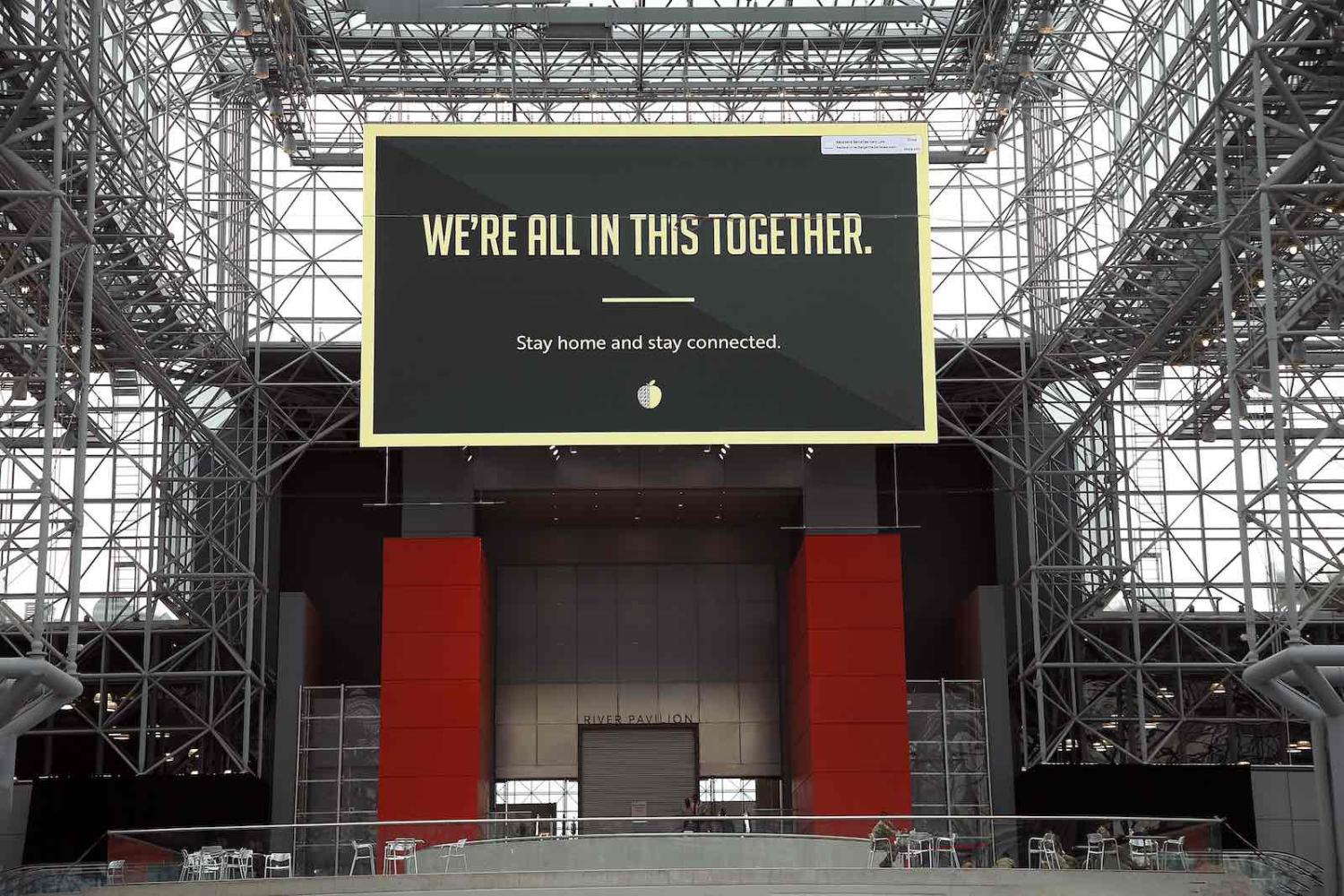 “Resilience” has become a popular concept in 21st century life. In times of far-reaching social and economic change, with increasing stress and strain on both individual and group-level resources, “resilience” is often invoked as the thing that will see us through to emerge stronger and better able to cope in the aftermath.

The Covid-19 pandemic is certainly testing all of our resilience. A health crisis is crashing economies and societies. Hospitals are confronted with too little equipment and too few personnel to meet the surge in demand for critical care. Health care professionals are exhausted and overwhelmed, populations are by turns frightened, defiant, anxious, and some appear in denial. Governments have had to respond to a global crisis of unprecedented proportions, to coordinate that response with others, and to communicate with their citizens about the decisions they make.

Resilience is not something we “have” so much as something we do, and also something we receive in terms of building our resilience capacity from the systems and resources around us. In other words, it is about our systems rather than just ourselves.

The resilience scholar Michael Ungar identifies seven common principles of systemic resilience across different systems and contexts. These include the idea that resilience really only comes into its own in times of crisis; it is an interactive, interdependent process, not an attribute or characteristic. It also recognises that systemic resilience sometimes involves trade-offs between different system parts, and resilient systems are open, dynamic and complex. They promote connectivity, demonstrate experimentation and learning, and include diversity, redundancy and participation.

The Covid-19 pandemic poses a set of complex, severe, intersecting adversities that challenge systems at all levels, from the individual to the global. It threatens lives, families, communities, health systems, economies, and everyday connectedness and belonging. But those communities with well-established resources and rhythms for enabling and nurturing social cohesion and cooperation – such as support for the vulnerable, the equitable distribution of goods, services and resources – will be more resilient, even in the face of significant local and global pain and distress. The US is struggling on a number of these resilience yardsticks, despite enormous capacity in health expertise, systemic complexity and redundancy, which has reduced their capacity to adapt and transform rapidly as needed.

Those countries that have learned rapidly from the successes and failures of others are demonstrating a more resilient response than those who continue to adhere rigidly to an existing approach even when challenged by new evidence.

By contrast, a number of other countries have adapted swiftly by being open to new ways of conceptualising, organising, and implementing their responses at very short notice. One example would be Australia, which has largely set aside political party partisan bickering and competition in favour of working together for the safety and wellbeing of its citizens.  Not every country around the world has been able to demonstrate similar openness or willingness to shift gears at a time of great uncertainty and risk.

Complexity is a persistent feature of resilient systems. Simpler systems often lack the depth and range needed for critical transformations when things change suddenly. But complexity sometimes needs to be traded off against the need for stark clarity, for example in how health messages about behavioural and social change are communicated in order to keep people safe for as long as possible. Without this, the dynamism of complex systems can deteriorate quickly into confusion, panic, and resistance.

The importance of social connectivity has also been thrown into sharp relief. The global response to the challenge posed by Covid-19 to human social connectivity has been uneven. On the one hand, we have seen settings globally in which some individuals have privileged their own needs and interests above those of their broader communities, worsening the impact of Covid-19 considerably. On the other hand, new forms of connectivity have emerged with force. Human beings can be almost endlessly creative when it comes to how we connect, and the proxy forms in which we make those connections both felt and meaningful.

Yet such connectivity can also become weaponised, as deliberate disinformation by malevolent actors – enabled by enhanced connectivity penetration and reach – creates conditions for the deliberate sowing of dissent, undermining systemic resilience as a result.

When it comes to experimentation and learning, some countries have benefited by learning from the tragedies created by early approaches in countries such as China and Italy. Others, such as the UK, have embarked on early experiments that have resulted in rapid policy changes based on subsequent modelling. Yet other countries have subsided into fatalism or denial, in which neither experimentation nor learning has been embraced. Those countries that have learned rapidly from the successes and failures of others are demonstrating a more resilient response than those who continue to adhere rigidly to an existing approach even when challenged by new evidence.

Redundancy is about having multiple resource bases to meet the same need – for example, the ability to secure local food supply or protective equipment if routine import channels dry up or close down. The less diversity and the less redundancy, the more vulnerable a system becomes, and the capacity for responding effectively to Covid-19 is illustrating this graphically on a number of fronts in a range of different national and regional global contexts.

But of all these systemic resilience features, perhaps participation is the most important. The best policy settings, the most sophisticated medical expertise, and the most polished information campaigns will not help turn the tide of Covid-19 unless people – scaling all the way from individuals to entire population groups – feel motivated by the belief that their participation can make a difference to better or worse outcomes. This means providing consistent, reliable and above all truthful information so that people feel empowered rather than overwhelmed about what individuals can do to contribute, and why it is so vital that they do.

Previous Article
Beyond Covid, Australia’s big stake in India’s military reorganisation
Next Article
What if the realists are right?

Aid and development links: How to sell aid to voters, taxing remittances, edible drones and more

Is it more effective to appeal to the national interest or to ethics when discussing aid with the public?
Elliot Brennan 21 Dec 2017 09:46

In a climate of hyperbole, a series of careful reports have proved distressingly prophetic.
Iain Henry 25 Jul 2017 12:13

It is possible to both condemn China’s political system, but also accept it as an incipient great power with legitimate security concerns.