While US policy has become more insular this year, other G20 countries are taking less protective new actions than in the recent past. 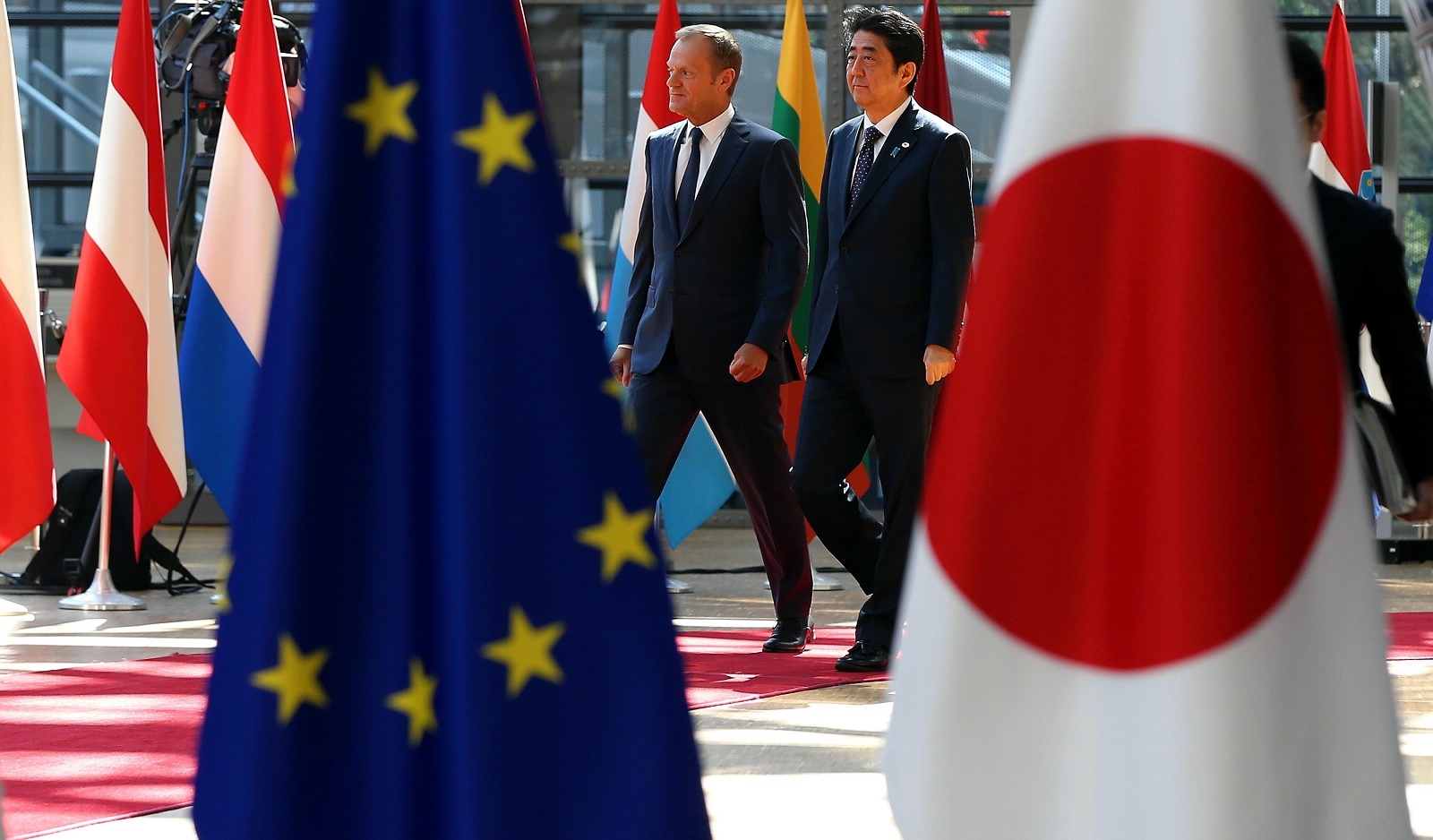 From Australian negotiations in Latin America to the European Union's headline deal with Japan, it seems the world’s trade architecture may be surviving the arrival of Donald Trump’s 'America First' rhetoric better than first  feared.

Beneath the colourful personality politics of the Group of 20 summit in Germany, there was an emerging sense of erstwhile US allies getting on with maintaining a system that was once a key part of the Washington Consensus. This may yet bring its own issues - the EU-Japan agreement could, in principle, threaten some key elements of the not-dead-yet Trans-Pacific Partnership (TPP) - but the ability to retain some common purpose on trade, despite uncertainty about US policy, was underlined by the pre-G20 Global Trade Alert report. This suggests that, while US policy had become more insular this year, other G20 countries were taking less protective new actions than in the recent past. US measures that hurt other G20 counties are estimated to have risen 26% this year while G20 country restrictions which hurt the US are down 29% on last year.

Ironically this sort of analysis may only encourage the economic nationalists in the Trump administration because it suggests the anti-trade election campaign rhetoric has made other countries cautious about antagonising the US. As an aside, it's worth noting Australia stacks up quite well on protectionist interventions in the past decade, ranking 15th lowest out of 20  (however the number introduced has begun to creep up more recently).

With the Trump Administration consumed by how to go about reviewing the North American Free Trade Agreement (NAFTA), it is notable how many other initiatives are underway, separate from the effort to keep the TPP on life support.

Australia and New Zealand, for example, announced negotiations with the Pacific Alliance countries (Mexico, Peru, Colombia and Chile) which would fill gaps left by the TPP stalemate. This month’s Regional Comprehensive Economic Partnership (RCEP) negotiations in India will be critical to whether India is going to allow this Asian alternative to the TPP to progress. And the EU and Canada have a provisional agreement in place which Australia wants to follow.

But the EU-Japan move is by far the biggest development. It seems clear the joint shocks of Trump’s election and the Brexit vote helped to push these two major economic powers – which owe much of their post-WW2 prosperity to US-led globalisation - to fill the gap now left by the US. The brevity of the official statement on the eve of the G20 meeting about the so-called 'cars for cheese' agreement between the two suggests there is a lot still to be resolved. Nevertheless, this is the first major demonstration of countries pushing ahead with new pro-globalisation measures amid the uncertainty about the US.

No phrase was more evocative (and perhaps true) of the TPP than Barack’s Obama’s declaration that it would set the rules of commerce for the 21st century. Now that power may well be shifting to this new trade alliance. In a symbolic bit of rhetoric, Japanese prime minister Shinzo Abe (a late but steadfast backer of the TPP) declared the EU-Japan agreement would now be the 'model of the economical order of the 21st century'.

Officials from the remaining TPP11 countries are meeting in Japan this week to at least preserve the main principles of the agreement. While the more traditional, cars for cheese, part of the EU-Japan agreement dominated the headlines, what may be more important is how it changes the TPP business principles in still controversial areas such as independent settlement of foreign investor disputes and intellectual property protection.

Australia played a significant role in moderating US demands in these areas in the TPP, reflecting both activist opposition and reservations within the economic policymaking establishment.

The EU-Japan leaders’ statement acknowledged these were important aspects of the agreement although provided little clarity. However, there is growing opposition in the EU to external Investor State Dispute Settlement (ISDS) provisions – including from within the German government.

This tension may intensify at a meeting in Vienna this week where EU officials are reportedly pushing for a new international investment court to replace the trend towards ISDS provisions. This would be a shift away from the TPP approach.

Speculation that the unsuccessful bid by Phillip Morris to win compensation for Australia’s cigarette plain packaging laws in a Singapore ISDS tribunal cost the tobacco giant about $50 million in legal fees will only add to the debate about ISDS provisions.

On intellectual property, European thinking tends toward shorter patent protection for pharmaceuticals than in the US and some Europeans are more conservative on allowing offshoring of foreign customer data.

These are the real new frontiers of global commerce and they may well now be shifting as Trump is bogged down on NAFTA while talking up a 'very, very big deal, a very powerful deal' with post-Brexit Britain, even though Britain’s EU exit strategy is under a cloud.

Managing Australia’s great, 21st century conundrum of security reliance on the US but economic dependence on China requires, among many other things, continued business confidence in the China story.

But the latest revelations from three controversial bilateral commercial relationships reveal how a rise in business uncertainty could pose problems for the broader relationship with China.

Yet another regulatory snafu in China for milk products manufacturer Bellamy’s has prompted its key shareholder Jan Cameron to warn quite sharply: 'It is concerning the Chinese can really be in a such a powerful position over our economy that they can turn things on and off seemingly at random'.

Meanwhile, the Chinese court judgement against Crown Casino employees over offshore gambling promotion reportedly suggests Chinese gamblers lost $875 million in the company’s casinos last year which compares with total company revenue of $3.5 billion in 2016. How much Crown – once a particularly high-profile supporter of the China relationship - can rely on such gamblers now remains to be seen.

And this Australian Financial Review report suggests the takeover of Darwin port by Chinese company Landbridge in 2015 may have been more of a high-risk action by a cash-strapped company seeking cheap state finance rather than a sneaky strategic move by the Chinese government to tie up an Australian defence asset. There may well be question marks over much needed new investment in the port but these reflect financial problems rather than strategic gamesmanship.

While each of these problems can be blamed to at least some extent on poor due diligence by the various Australian interests involved, they also collectively tend to undermine the optimism that followed the 2014 bilateral trade agreement.

But on the other side of the ledger in this shifting sentiment over doing business with China, it was fascinating to see executives from the major Australian food company Lion return from a visit to China recently and declare they needed to catch up with digital marketing innovation there.

This is an intriguing development because Lion is a wholly owned subsidiary of the large Japanese food and drinks company Kirin. When Kirin took over a series of Australian food brands starting in 2007, a key part of its pitch was that it would bring superior Japanese (and Asian) marketing skills to Australian food exports. Now, it seems, China is at the cutting edge.