Covid-19 may have put a damper on pro-democracy street demonstrations, but the spirit is very much alive. 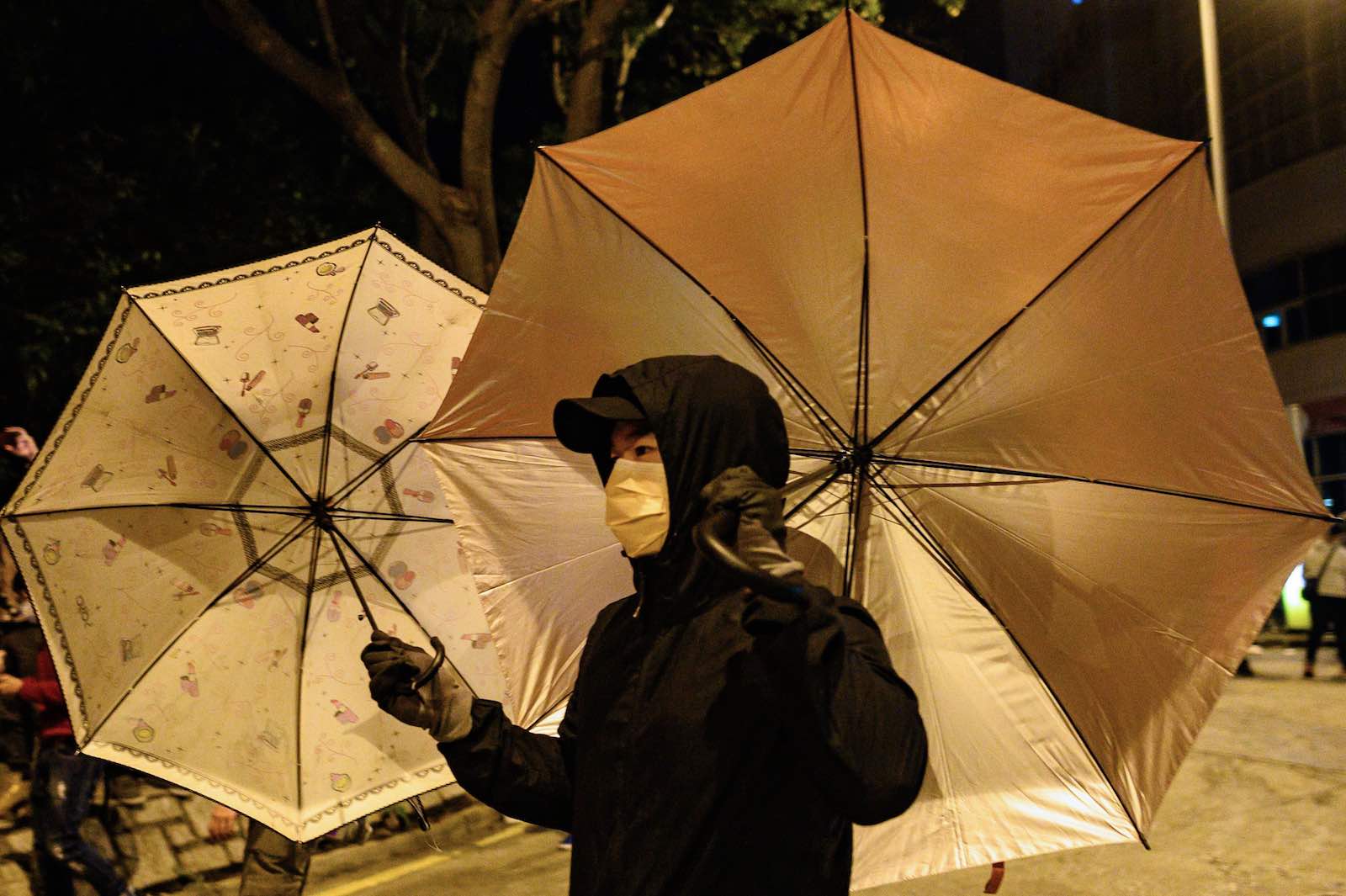 In the early weeks of the Covid-19 outbreak, Hong Kong residents protest setting up a quarantine area in their neighbourhood (Philip Fong/AFP/Getty Images)
Published 23 Mar 2020 06:00   0 Comments

For authorities in both Hong Kong and in Beijing, there must be, in some circles, something of a sense of relief. The pro-democracy protests that defined 2019 had become a deadly hydra that was exhausting the resources and credibility of both governments. The enforced shutdown as a result of the coronavirus pandemic looks to have solved a pressing political problem, at least in the immediate term. But assuming it’s all over would be premature at best, and complacency may well come back to bite those leaders in the near future.

From conversations with a number of protesters in Hong Kong, via encrypted chat, it is clear that this is not over, at least for them.

Andy is a volunteer who helps coordinate communications for the Hong Kong protest movement. He says the “spare time” has given activists a chance to regroup and to prepare for another wave of street action.

He notes coronavirus-enforced hiatus has seen new trade unions sprouting up, for instance, and has allowed more background work and structural developments on the ground.

To some in Hong Kong, the “Wuhan approach” rolled out in authoritarian fashion by Beijing – epitomized by the attempts to reconfigure local clinics for coronavirus treatment – is both inappropriate and ineffective in more liberal Hong Kong.

“The effect on the movement itself [of Covid-19] is surprisingly low to me, perhaps because the ‘brain’ of the movement hasn't been on the ground for months already – people have already adapted to movement online.

Even so, Hong Kong’s coronavirus measures have drawn many onto the streets. Attempts to convert local clinics into specialized coronavirus treatment centres has been met with widespread anger. Protesters consider the move ill-conceived and claim it may be risking the health of adjacent neighbourhoods.

Local attempts to stop the developments have been met with the kind of heavy-handed police treatment that marked the 2019 demonstrations. For instance, the Hong Kong Free Press reported protesters seeking to stop a coronavirus centre at the Tai Po Jockey Club General Clinic on 8 March were pepper-sprayed and arrested by police.

Beijing’s refusal to close the border between mainland China and Hong Kong, even as the coronavirus uptake in China turned sharply upwards, has also caused concern among Hongkongers. As such, the initial reactions of the Chinese government and Hong Kong administrators to the outbreak have only served to harden the sense among many that Hong Kong’s leadership has adopted a “Hong Kong-will-do-whatever-China-wants” approach. Among the chants heard at the Tai Po protests was “Five demands not one less”, an echo of a prominent street-march slogan from 2019, and a sign that momentum behind those actions remains.

Andy told me that many activists like him were currently focusing on volunteer work in the interests of public health at the community level, where government authorities have less reach and, in some cases, less authority. This work includes sourcing face masks and other supplies and disseminating news on the virus, especially information that has been “suppressed by international organisations, China and Hong Kong Governments.”

The strong counterculture in Hong Kong, which existed previously has been emboldened by the coronavirus outbreak and government responses to it. Andy highlighted “efforts by civilians … along the same lines of ‘if government can't govern, then we (will) do it ourselves’”. To some in Hong Kong, the “Wuhan approach” rolled out in authoritarian fashion by Beijing – epitomized by the attempts to reconfigure local clinics for coronavirus treatment – is both inappropriate and ineffective in more liberal Hong Kong.

Cases of confirmed, locally contracted coronavirus have flattened in Hong Kong*, and it is worth considering whether this is actually due to the government’s actions or to the grassroots work done by activist groups and others.

Local police recently revealed evidence of numerous bomb factories that were found in residential areas, and graphically warned of the dangers of such practices. According to authorities, the extent of the activity is “almost unprecedented.” They say 17 people have been arrested for their alleged involvement in three bomb plots.

As was evident during the height of the 2019 protests, violence is not widely supported among the broad protest movement, and most are planning for more peaceful pro-democracy demonstrations.

Moku (not her real name) is a 23-year-old student who escaped from the infamous Poly U siege in November 2019. Via an online discussion, she said there have been “important protests” recently at Prince Edward Station and in Yuen Long district, both important points on the map during the street protests last year.

Activists, she adds, still mark the 21st and 31st of each month by taking to the streets, albeit in much smaller numbers than last year, to commemorate events known as 721 and 831, turning points in the protests last July and August

Moku believes the protests will start again soon. “In the atmosphere now, I think everyone would believe that the protest will continue and boost back to the previous scale after the virus, especially in the summer, when most students will be free from school.”

For now, the dreaded coronavirus may be putting a stopper on actual street demonstration in Hong Kong. But no one should assume the protest movement has gone away.

*As of 22 March, the recent spike in cases appears to have been largely due to “imported cases”, which may be the result of people fleeing European Covid-19 hotspots.

Show Comments
Previous Article
A speech for the age of the self-isolated
Next Article
Three years working in self-isolation – what I’ve learned, so far