Homilies about strengthening relationships should be matched by ambition – like in the past – to get something done. 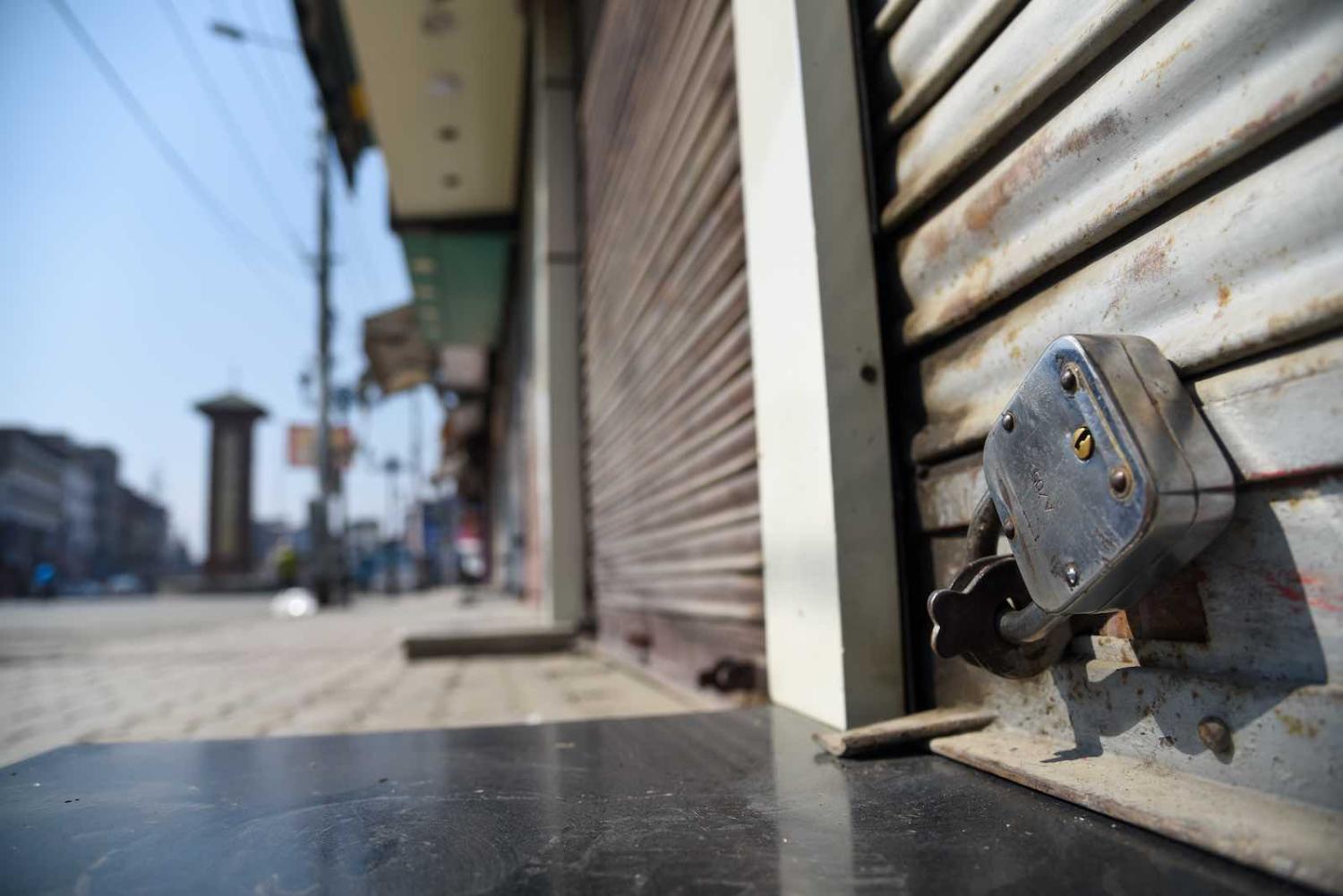 The Indian government’s lockdown of the strategic and volatile region of Kashmir is entering into its third month. Thousands of troops are deployed in the valley with shoot on sight orders in place, the internet remains cut off, while mobile phones lines have only just been restored. Democratically elected representatives, intellectuals, university and school students, even business owners are behind bars.

That a democratically elected government has, without much opposition either domestic or international, managed to cut off an entire population says something about the world we currently inhabit.

Life in the valley, which has been hamstrung for decades, but made even more complex after a separatist movement sparked in the late 1980s, is now in a military-induced coma. And it’s not just the military that the local population needs to contend with – anti-government militants are taking advantage of the situation as well.

Pakistan has accused New Delhi of atrocities against its own people and asked the United Nations to intervene. India continues to argue that Pakistan is arming and aiding terror groups operating in Kashmir. All this because the Hindu nationalist government of Narendra Modi has decided to strip Jammu and Kashmir, India's only Muslim-majority state, of its constitutionally guaranteed autonomy, a privilege it has had since independence in 1947.

That a democratically elected government has, without much opposition either domestic or international, managed to cut off an entire population says something about the world we currently inhabit.

For its part, Australia has echoed much of the rest of the world in describing it as an “internal problem”, albeit one that needs to be solved between India and Pakistan. But with Prime Minister Scott Morrison due to visit India early next year, could Australia try its hand at solving a 72-year-old problem? Canberra has the history and the capability, but does it have the intent?

In 1950, three years after independence from British rule, the UN Security Council sent Sir Owen Dixon as their mediator to the troubled subcontinent. A judge of the Australian High Court, Sir Owen was viewed by both sides as a man of independence, integrity, and ability. The so-called “Dixon Plan”, which to this day, according to many observers, has not been superseded, assigned Ladakh to India, the Northern Areas and Pakistan-Occupied Kashmir (POK) to Pakistan, split Jammu between the two, and envisaged a plebiscite in the Kashmir Valley.

Some 70 years later, much of what the “Dixon Plan” proposed is still in play but the plan itself is unlikely to be revived. But can his example of foresight and statesmanship be?

Australia has over the years sent nearly 150 military personnel to the disputed region as part of the UN effort, at one point even sending an RAAF aircraft and crew. In recent years, Australia’s involvement in the Kashmir question has been nonexistent, with Canberra withdrawing from the UN mission in the mid-1980s.

But have times changed enough to warrant Australia’s taking a renewed interest in the Kashmir question?

Late last year, the former prime minister of Norway Kjell Mange Bondevik met with separatist Kashmiri leaders Syed Ali Shah Geelani and Mirwaiz Umar Farooq in Indian Kashmir. The visit sent leaders in both Islamabad and New Delhi into a frenzy. Both countries, and India more so, have steadfastly resisted the idea of international intervention, and his visit was seen as a provocation by both sides.

Norway, unlike Australia, has no stake in the region. And it’s quite likely any overture from Canberra will elicit the same reaction. Still, given Australia’s standing with both sides, it may be time to do just that.

While delivering the Lowy Lecture in Sydney this month, Scott Morrison said that his visit to India next year will be “another step in cementing India in the top tier of Australia’s partnerships”. He added: “India is a great success story of our region. A land of durable institutions and shared values … a natural partner for Australia.” Trade between the two countries currently stands at $22 billion and India is also taking its so-called “Quad” status seriously.

The Modi government’s decision to carve up Jammu and Kashmir and dismantle its constitutional autonomy has also not gone down well in Beijing. China, a permanent member of the Security Council, has made Kashmir an international issue, against the wishes of New Delhi. And the Modi government is also smarting from Beijing’s statement that it has “reassured Pakistan of its support and commitment” in the wake of India’s decision on Kashmir’s special status.

Scott Morrison’s visit could not come at a better time for Australia to press its credentials. When he lands in New Delhi next year, Indian troops will still be engaged in the Kashmir valley, where so far an estimated 70,000 people have been killed since the troubles began in 1989. For the 8 million people who call the valley home, a much longer period of incarceration awaits.

Morrison could take inspiration from those such as Sir Owen Dixon and put Australia front and centre in trying to solve this so-far intractable problem. Or he could continue on the path of strict neutrality and confine Australia’s involvement in the subcontinent to cricket, curry, and conformity. My money is on the latter.

International and domestic justice systems are working in the background to bring accountability in the war on Ukraine.
Gerry Groot 6 Nov 2017 09:28

Many overseas Chinese feel the eyes and arms of the Party state all around them.
Roland Rajah, Alexandre Dayant, Jonathan Pryke 23 Oct 2019 12:00