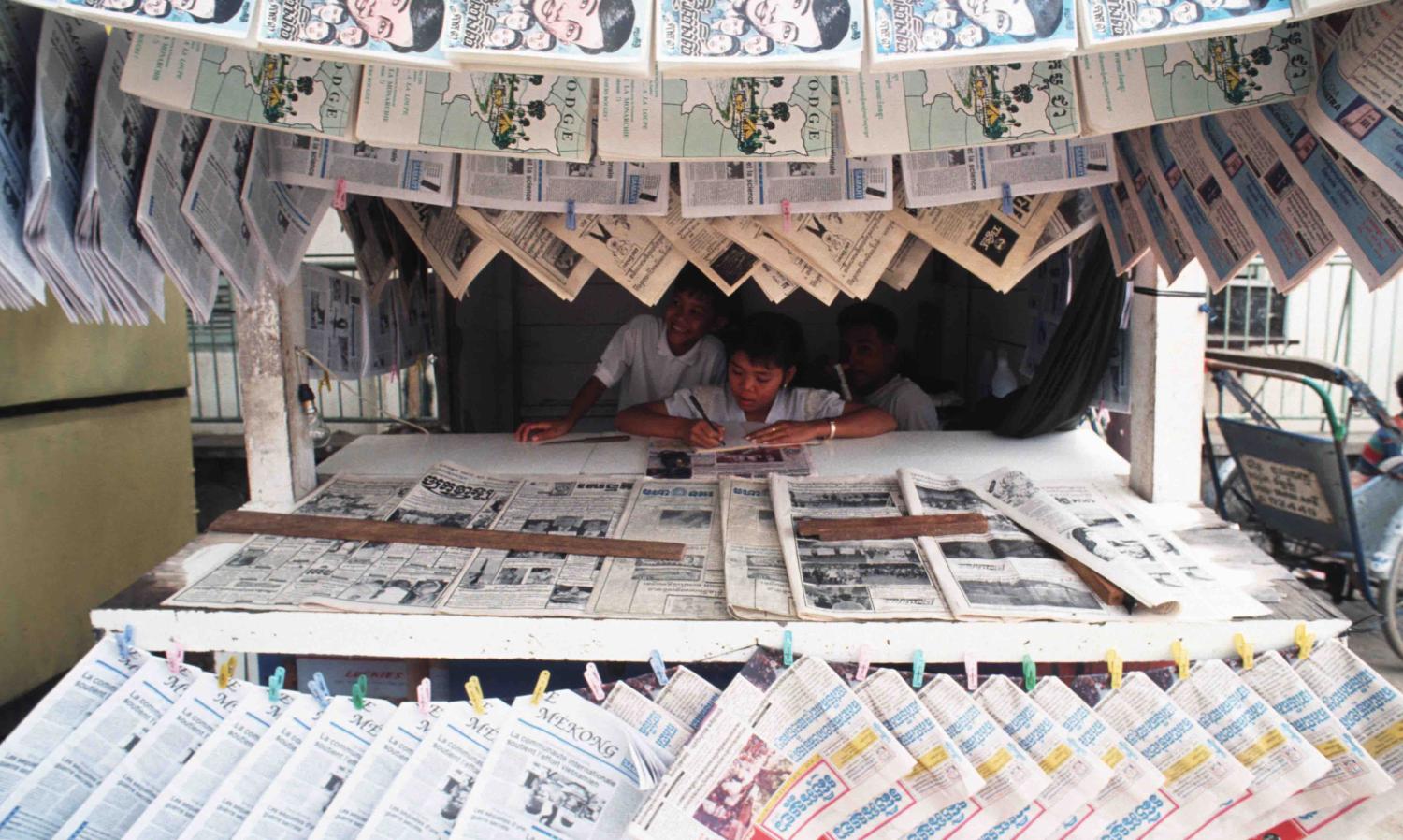 The sale of The Phnom Penh Post to Malaysian interests with clear links to the Hun Sen government in Cambodia, and the subsequent sackings and resignations of journalists, is already recognised as a sad, even bitter, end to the Post’s admired role as a newspaper that continued to strive for the best journalistic standards.

This reputation was maintained in a country where such virtues were little honoured. Given the Post’s remarkable capability to function as a newspaper of record until now, the fact that its future is so clouded is made the more regrettable given its surprising emergence as a beacon of press freedom in Cambodia’s turbulent political history since 1993. These points were well captured by Erin Handley in her article for The Interpreter (“Mourning Cambodia’s press freedom”).

What follows is a major reworking of something I wrote last year to celebrate the Post’s 25th foundation anniversary.

I first read a copy of The Phnom Penh Post in 1994, the year I returned to Phnom Penh after a long absence, and in doing so met Michael Hayes, the paper’s co-founder and editor.

Well before arriving in 1994 I had heard of a new English-language newspaper appearing in Phnom Penh, and soon after arriving I made a beeline to the Post’s shabbily basic offices near Wat Botum to meet a rather frazzled Hayes and a much more outwardly relaxed Kathleen O’Keefe, co-founder of the Post and Hayes’s wife.

I have vivid memories of that first meeting, and of their enthusiasm as they battled to keep the newspaper financially afloat, buoyed by the enthusiastic support of a small number of Cambodian associates and the willing, and sometimes unpaid, help of expatriates temporarily in Phnom Penh.

From that time on, as I visited Phnom Penh each year, a call at the Post was mandatory. For someone who could only visit Cambodia once a year, a conversation with Hayes was a wonderful way to be brought up to date, to hear of the inner workings of the government and of the occasional efforts made by angry ministers to prevent stories appearing in the newspaper.

Hayes, O’Keefe, and those who worked with them were courageous upholders of the right of newspapers to tell the truth, carefully documented.

Living in Sydney, I became an eager subscriber to the Post, receiving its fortnightly editions printed in Bangkok that reached Australia with remarkably little delay. Each issue was a treasure trove of information at a time when the internet did not serve its contemporary role of providing instant insight and the latest news.

Over the years, I responded to queries from Post journalists, but nothing has given me more pleasure than to accept a request from Hayes to write an advance obituary for the late King Norodom Sihanouk – pleasure not at the fact of his death, of course, but that I should have been chosen to write such an important piece in Cambodia’s premier journal of record.

It is to the Post’s credit that in 2012 the obituary was printed virtually unchanged from the draft I sent, even if some the judgements in the piece were contrary to the views of other commentators.

Until now, the Post has been a revered institution. Much changed from its early beginnings, in terms of frequency of publication and its size, and the paper’s survival made it a remarkable example of the type of journalism sadly lacking in the rest of Southeast Asia.

With the Cambodia Daily forced to close last year, what has now happened to the Post means that Cambodia has joined the ranks of those countries where independent journalism has ceased to exist.

An American human rights lawyer sentenced to six years in a Phnom Penh prison may cause Hun Sen no end of trouble.
Niraja Gopal Jayal 2 Aug 2018 10:00

In a climate of hate, vigilantism has been allowed to run amok, and the perpetrators of violence enjoy impunity.
Kelsey Munro 27 Aug 2019 06:00